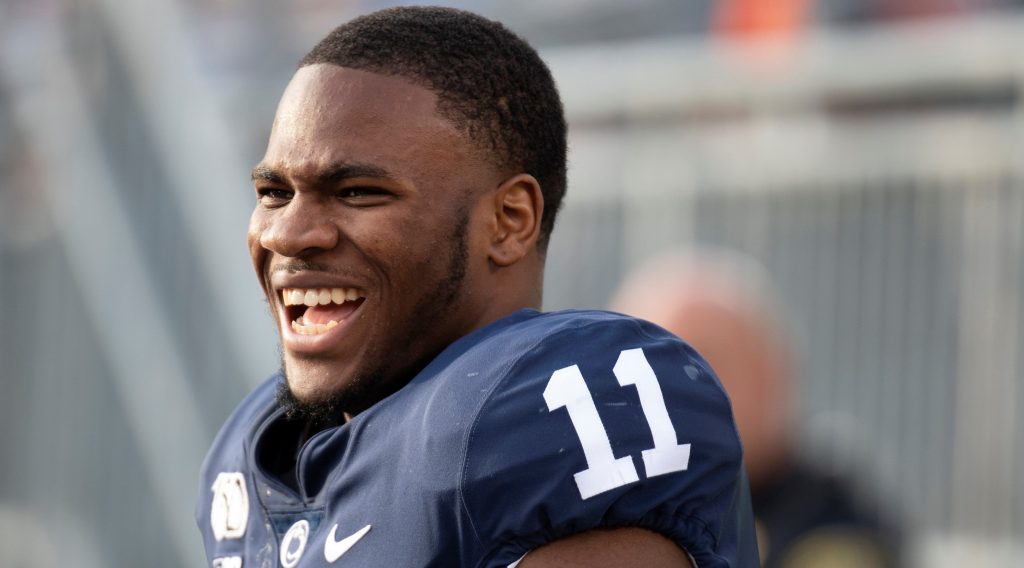 Today, we take an in-depth look at the linebackers.

The key fact: The Nittany Lions would be considered very inexperienced here, if not for the fact that the backups saw such regular playing time the last few seasons. Of course, it also doesn’t hurt that the one returning starter might be the best player in the nation.

Micah Parsons had 42 more tackles last season than any other returning player on Penn State’s roster. His 109 stops, in fact, were more than double the total of every returning Penn State defender outside of safety Lamont Wade. But while Parsons certainly will be the focus of the Nittany Lions defense, those who surround him at linebacker are no slouch. Three others — Jesse Luketa, Ellis Brooks and Charlie Katshir — played in at least 12 games last season, and redshirt freshmen Brandon Smith and Lance Dixon both were five-star recruits just a year ago.

There’s no question who it is.

The big deal, though, will be how effective Parsons will be as the unquestioned face of the position, and the defense.

The freakish one-time five-star prospect emerged as a dominant force as 2019 progressed, capping his season with a tour de force performance against Memphis in the Cotton Bowl, registering a career-high 14 tackles, three TFLs, two sacks and two forced fumbles.

Nobody should doubt Parsons’ effectiveness when he’s on the field, but it will be interesting to see if he can be the consistent, steady force in the huddle, on the sidelines, and away from the field that Penn State will need him to be as it pursues a championship.

To put it bluntly, he has always been a bit of a wild card, personality-wise. While he has largely avoided any kind of substantial off-the-field trouble at Penn State, and while players genuinely seem to rally with and around him, there have been some minor incidents that led to him not being on the field. Namely, a targeting foul in the first half against Maryland last season that saw him miss the second half (and tweet from his personal Twitter account during the game). 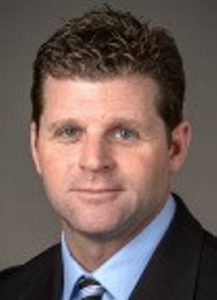 Defensive coordinator Brent Pry has two starting spots to fill, but plenty of talent to choose from at linebacker.

Whoever steps in to fill the Mike and Will spots for Johnson and Brown won’t have near the seniors’ experience or gravitas, but they may have even more athleticism. Jesse Luketa has a chance to step in for Brown at the Will, and he was a dominant force in the win over Maryland after Parsons’ ejection. Ellis Brooks had plenty of bright moments, too, filling in for Johnson.

Good as they can be, Penn State might have even more athleticism in the sophomore Brandon Smith and redshirt freshman Lance Dixon, who can slot into those two spots just as easily.

“We lose a guy like Jan (Johnson) and a guy like Cam (Brown) — veterans, maturity, experienced, hard workers — they’re tough to replace,” defensive coordinator and linebackers coach Brent Pry said. “But I like the guys in the room. I like the candidates. Ellis Brooks and Jesse Luketa are certainly two guys with good experience who will battle it out at one of those spots. Then Brandon Smith, Lance Dixon, Charlie Katshir, I’m excited about all three of those guys and what they’re bringing to the table right now. There’s a lot of depth in the room and a lot of competition. In my experience, those are pretty good ingredients for a good unit. I’m excited about the guys.” 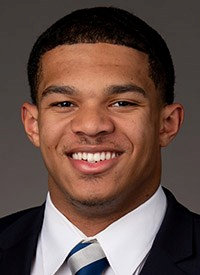 There might not have been a more obvious linebacker prospect in the 2019 recruiting class than Brandon Smith.

Physically, he was an imposing threat as an 18-year-old. After a year in the weight room, his frame jumped to 6-foot-3, 240 pounds. On film, he showed plenty of signs that he is going to be a game-wrecker someday, and while he played in 13 games last season, it’s fairly safe to say he only knew the basics about Penn State’s system and what it takes to be a Big Ten linebacker.

If Parsons wasn’t on the team, Smith would be Penn State’s most physically gifted player. And once Parsons is gone, likely in 2021, it will be Smith that carries on the torch for Linebacker U.

He might have to spend the 2020 season, whenever it starts, as an often-used backup, as Parsons was used as a freshman in 2018. But that’s not necessarily a bad thing. Expect Smith to be among the program’s leading tacklers this season. 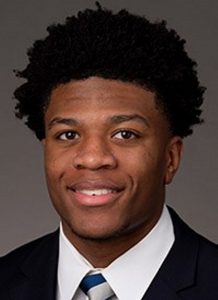 Linebacker Lance Dixon was a five-star recruit a year ago.

This is always a difficult category to predict, because having no spring hurts, well, everybody. But the guess here is that if/once camp starts in the summer, coaches will go more on what they know because they can’t go on what they’ve seen recently on the practice field.

So, it makes sense that Pry will know guys like Luketa and sophomore Charlie Katshir better than Lance Dixon, a tremendous athlete who appeared in just three games as a true freshman because Penn State was so deep at linebacker in 2019 it frankly didn’t need to burn his redshirt.

Dixon would have been an interesting player to watch in the Blue-White Game, and he’d be a good bet, too, to be impressive enough to make a real play for the starting job. This is the best time for that type of prospect to stand out, to show how much he has learned and grown. That said, it’s not likely he can make that push early in the season given the circumstances. Once Penn State’s next top linebacking prospect, five-star 2020 recruit Curtis Jacobs, gets onto campus in the fall, it only makes that competition more intense.

There are a few ways Penn State can go here, but there’s only one place to start. It’s a matter of who will work best around Parsons, and how the playing time works after that. The Nittany Lions will be two teams strong at linebacker, and this might be the most talented group the program has had in the last decade.