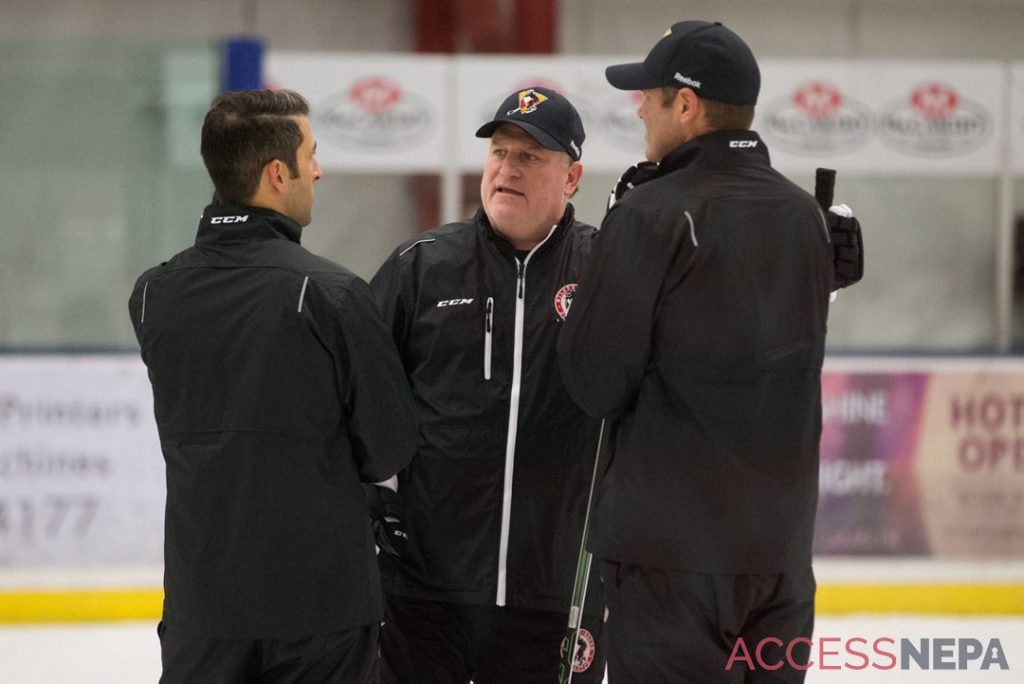 A former assistant coach for the Wilkes-Barre/Scranton Penguins claims in a federal lawsuit that he was fired and told to “keep quiet” after reporting that his boss, then head coach Clark Donatelli, sexually assaulted his wife.

The lawsuit filed by former assistant coach Jarrod Skalde and his wife, Erin, claims the Pittsburgh Penguins, the parent organization of the team, knew Donatelli was a “serial” sexual harasser, but employed him anyway.

The team claims it “acted immediately” to remove Donatelli after the Skaldes came forward and Jarrod Skalde’s dismissal was due to cutbacks brought on by the COVID-19 pandemic.

Donatelli allegedly sexually assaulted Erin Skalde after dinner during a Wilkes-Barre/Scranton Penguins road trip to Providence, Rhode Island, in November 2018 while her husband stepped out to call for a ride back to the team hotel. Donatelli then sexually assaulted her again during the ride in the back seat after he told her husband to sit in the front seat, the lawsuit says.

The Times-Tribune does not usually name the victims of alleged sexual assault but in this case Erin Skalde is named in the lawsuit she filed with her husband.

Despite the fact Erin Skalde was traumatized, the Skaldes feared immediately reporting the incident because it “could lead to retaliation and create a crisis for the Wilkes-Barre/Scranton Penguins in the middle of the season,” the lawsuit says.

When confronted, Donatelli told Jarrod Skalde he was “too drunk to remember” what he allegedly did, the lawsuit claims.

After Donatelli broke a promise to “change his ways, seek help and come forward” to self-report the incident, Jarrod Skalde advised Penguins General Manager Billy Guerin about the alleged sexual assault on June 21, 2019, at the NHL draft, according to the lawsuit.

Guerin later told Jarrod Skalde the Penguins were firing Donatelli, but information about the accusations against Donatelli “has to stay quiet and can’t be let out,” the lawsuit alleges.

Jarrod Skalde claims the organization notified him in May they were terminating him because of the COVID-19 pandemic. He claims he was the only coach whose position was eliminated despite having more experience than others. He also claims he was passed over for the job to be the coach of a lower-tier professional team in the Penguins organization, the Wheeling Nailers.

The lawsuit was filed against the Pittsburgh Penguins, the Lemieux Group, which operates the franchise, and Donatelli.

The Pittsburgh Penguins on Tuesday released a statement that said the franchise “took this incident very seriously and acted immediately.”

“The team investigated and addressed the alleged incident within hours of being notified in June 2019 despite the fact that Mr. Skalde delayed seven months before he made any complaint,” the statement reads. “Following the report, Mr. Skalde continued to coach in Wilkes-Barre/Scranton for an additional year, until we made significant staff reductions due to the Covid-19 pandemic.”

Efforts to reach Donatelli, 55, were unsuccessful.

The lawsuit by the Skaldes says the alleged sexual assault was not an isolated incident.

They claim he sexually assaulted one of their friends at a Northeast Pennsylvania bar in November 2018 and was kicked out of a Charlotte, North Carolina, restaurant for lewd and aggressive behavior toward two women.

The lawsuit, which seeks in excess of $75,000, claims the Penguins “were fully aware” of Donatelli’s conduct.