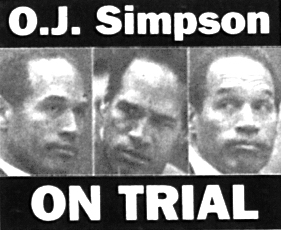 On June 12, 1994 – Nicole Brown Simpson and her friend Ronald Goldman were killed. There bodies were found just after midnight on June 13 by neighbors of Nicole’s Bundy Drive condo.  Their deaths touch off a sensational trial in which Nicole’s ex-husband O.J. Simpson was charged with murder.

The case was filled with moments that people still talk about today such as – O.J. leading police on a slow speed chase on a Los Angeles freeway in his white Bronco, O.J. trying on of a piece of evidence (aka the bloody gloves) in court and the famous line by one O.J.’s defense attorneys Johnny Cochran”if it doesn’t fit, you must acquit.”   This trial captivated a good portion of the Unites States, included the writer of this post. I remember being let out a of college class earlier to hear the verdict read live on television in October 1995.

In July 1994, Times reporter Gina Thackara reported that few were watching the drama of the O.J. Simpson case. She spoke with the owner of Farley’s and he told her that few patrons barely glanced at the preliminary hearing coverage that was playing on the pub’s big screen TV. The Boscov’s electronic department saw the same interest or lack there of with shoppers. An employee said they usually have 10 to 15 people watching what’s one the televisions. But they added they that shoppers are usually trying catch a few minutes of there favorite soap opera.

Also in July 1994, Times’ columnist Joe Flannery wrote about the friendship between Scranton native Wendy Hiller Tohme and Nicole Brown. Mrs. Tohme, a graduate of Central High School, formed a friendship with Nicole through their sons being classmates in preschool.  She spoke about the friendship between there sons and how the neighborhood around their and O.J. Simpson homes has changed since the murder.  An interesting aside is that Mrs. Tohme’s husband is Dr. Tohme Tohme. Dr. Tohme was the financial adviser to Michael Jackson.

On January 22, 1995, the Scranton Times presented a O.J.Simpson Case infographic put together by the Associated Press. The criminal trial would be begin on January 24. The pages were filled with a look at the evidence of the case,  a timeline of the events of June 12, 1994, a graphic of the crime scene and a walkthrough of how the U.S. legal system works. 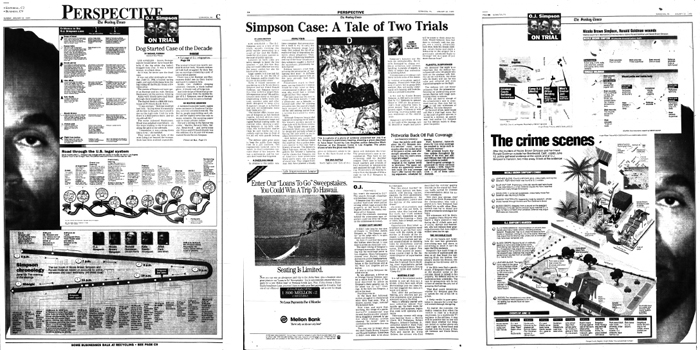 The jury reached their verdict on October 2, 1995. The verdict was sealed and read the following day. O.J. Simpson was found not guilty. The Scranton Times went out and asked the 12 people how they would have voted if they were on the jury. He are their responses – 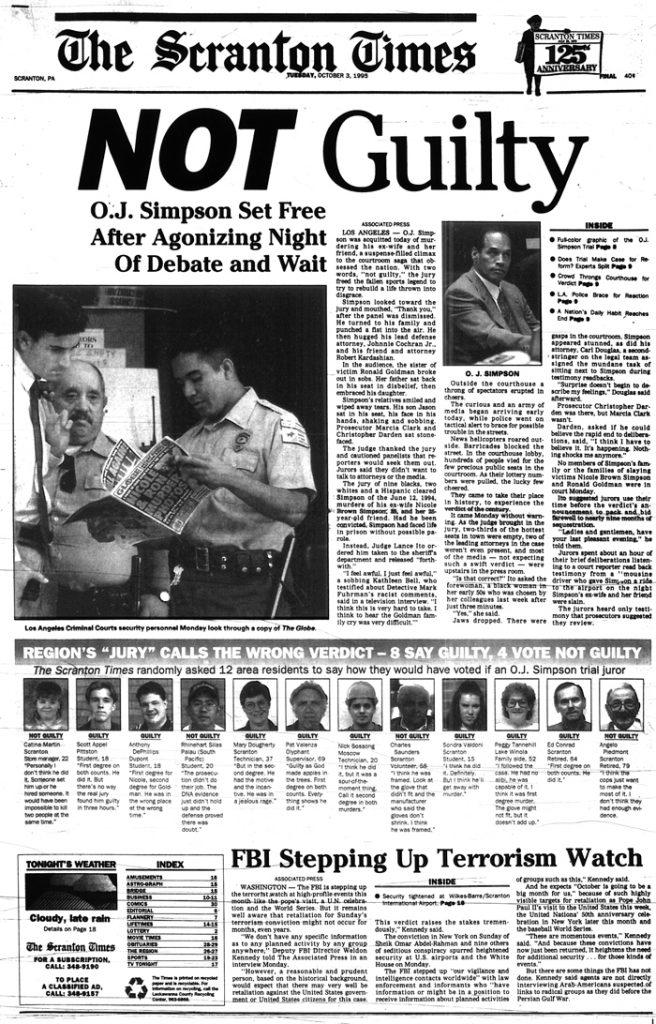 Following the criminal trial, the families of Nicole Brown and Ronald Goldman brought a wrongful death suit against OJ Simpson. On February 4, 1997 a jury found that OJ Simpson was liable for the death of Brown and Goldman.  The television networks were told the verdict was coming in 8pm East Coast time. The network waited by having news anchors and legal experts talk about the case. That same evening was President Bill Clinton’s State of Union address at 9pm. The networks left their O.J. coverage to air the State of Union. A few cable news networks stayed with their O.J. coverage.  The verdict didn’t come in until after the State of the Union was completed.

Locally, WBRE, WYOU and WNEP said they received calls from viewers complaining they were “sick of the OJ Trial” but most were asking why shows like “Mad About You” and “Promised Land” were pre-empted.  Also a crowd had gathered at Farley’s in downtown Scranton to watch the verdict but because of the delay in announcing the verdict the crowd slowly left the bar. At Whistle’s, sports and trivia games played on the bar’s 40 televisions. But an employee at the Dunkin’ Donuts on Wyoming Ave seemed to sum up how people felt locally, “Yeah, so? I don’t care”

In 2007, he was arrested as part of botched robbery in Las Vegas. He was found guilty of kidnapping and armed robbery. In October 2017, Simpson was released from a Nevada prison after serving nine years of his sentence.

Since his release, according to a June 10, 2019 Associated Press article, Simpson has been keeping a low profile living in the Las Vegas area.