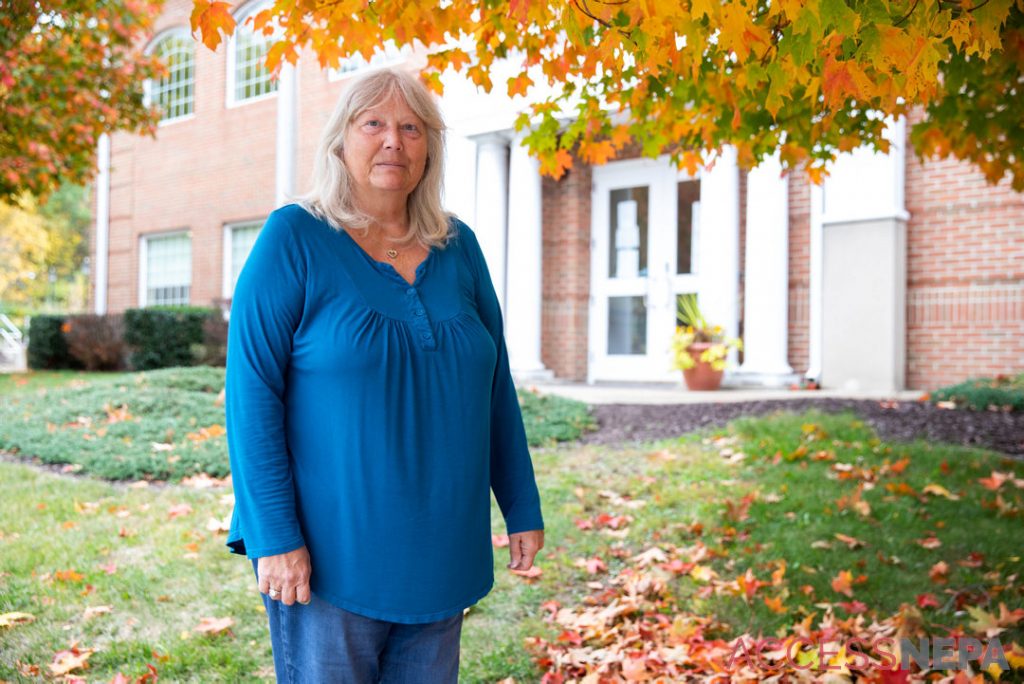 “This is like my home. I grew up here, I’ve had children while I lived here, I’ve had marriages, I’ve had divorces, my mother and stepfather died,” she said. “Everything you go through in life, I have done here with these people that work here and they’re like my family.”

Griswold started her career 41 years ago after landing a job as a township police clerk when she was 19. Since then, she has served the township in a number of ways — sometimes juggling more than one position — working her way up to township secretary and treasurer. She’s collected wage taxes, coordinated recycling and customized a database management program for the Police Department, just to name a few.

Her colleagues said the township will have big shoes to fill with her retirement.

Aside from being trustworthy, thorough, dependable and “all the good adjectives you can think of,” South Abington Twp. Supervisor Giles Stanton appreciates the humor Griswold brings to township meetings.

“I have the utmost respect for her,” he said.

Having a municipal career that stretches over decades isn’t uncommon in South Abington Twp. Griswold has mainly worked with the same folks throughout her tenure, including Stanton.

“Our township has been blessed with very dedicated people, beyond what you can imagine,” he said.

Over time, Griswold has seen South Abington change a lot. She looks back on the construction of a new Municipal Building in the late 1990s as one of the highlights. While it was under construction, she recalled making the Chinchilla Hose Company her temporary office.

“We didn’t have a radio system, we didn’t have a pager system, we had one guy on our road crew. It was crazy, and just the advancement that’s been made,” she said of her earlier days with the township. “Nothing was computerized. Everything was done (with) paper and pen.”

She also counts coming up with the wording for a plaque at the Daniel T. Stark Memorial Bridge in South Abington Recreation Park as a high point of her time with the township. Stark, a young Marine killed in a motorcycle accident in 2001, was her neighbor and her son’s friend.

“He and his dad and his brother essentially built that bridge,” she said of Stark.

“To work for a township that long and to care about it that much is fantastic,” O’Neill said.

Griswold attributes her work ethic to growing up with a father who served in the military.

While she looks forward to spending more time with her loved ones and traveling when COVID-19 allows, Griswold said she’s going to miss seeing her colleagues every day. “I’m going to miss my work family,” she said.