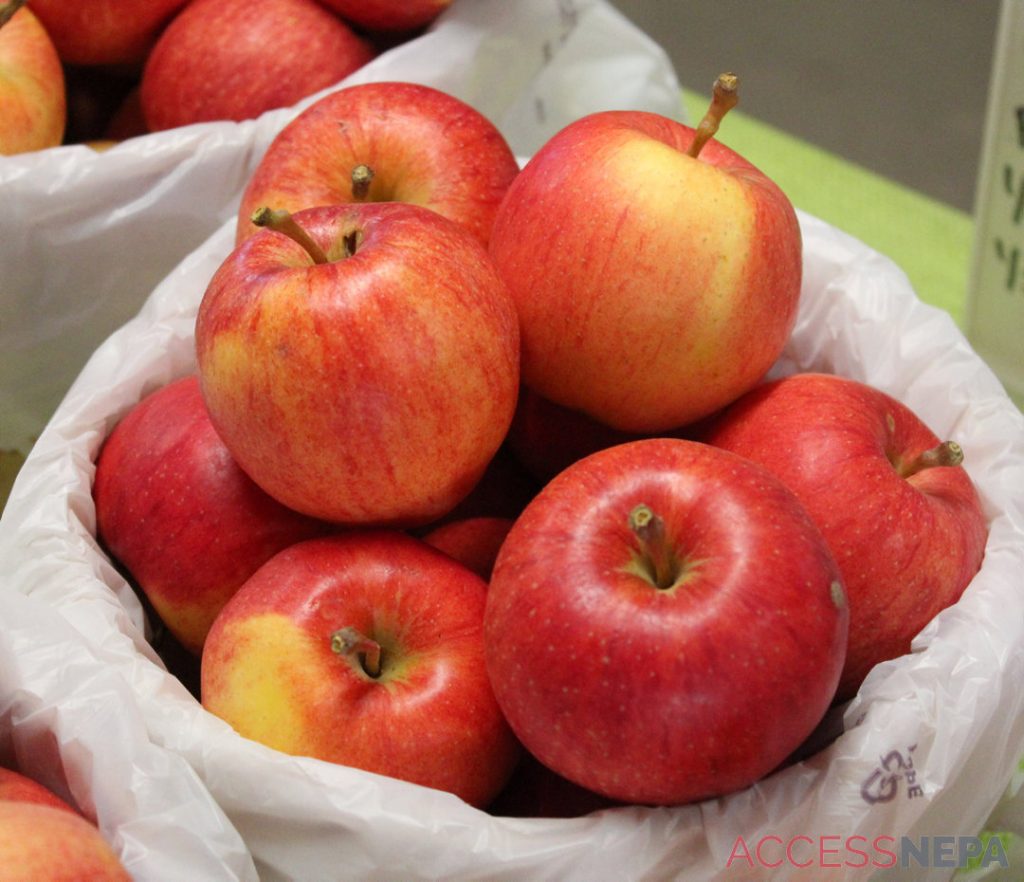 For Mark and Deborah Field of Noxen, fall is the perfect time of year.

Their Grassy Ridge Farms produce stand at the corner of Route 29 and Lute’s Corners Road is bathed in fragrant apple smells from late July through early November.

And this past weekend, they kicked things up a notch for vendors who have been hurt by the lack of seasonal craft shows impacted by the coronavirus pandemic, by holding a show bringing in 10 or 12 specialty vendors to mark the autumn season.

While COVID-19 has not been an especially good thing for people who depend on sales of fall seasonal wares, Deborah believes there has been an uptick in all produce sales this year with people at home more which translates to more folks canning jams and jellies and applesauce from the fruit of the land.

She talks lovingly of the orchard her in-laws embraced over a half century ago, and which her husband Mark pretty much took over in 1991 after graduating from Penn State University in agricultural engineering.

She said her husband had done some environmental work with dams and reservoirs but seemed always to be pulled to the fruit of the earth.

Last Friday, she stood amidst baskets upon baskets of apples while her husband was out back making pressed apple cider.

In the farming business there is never a shortage of work and Deborah smiles as she relates about the good fortune her husband inherited not only from his parents, but also the husbandry from the previous owners the Englemans, who ran a dairy farm, and before them back into Mark’s own ancestors who farmed the land for generations before. 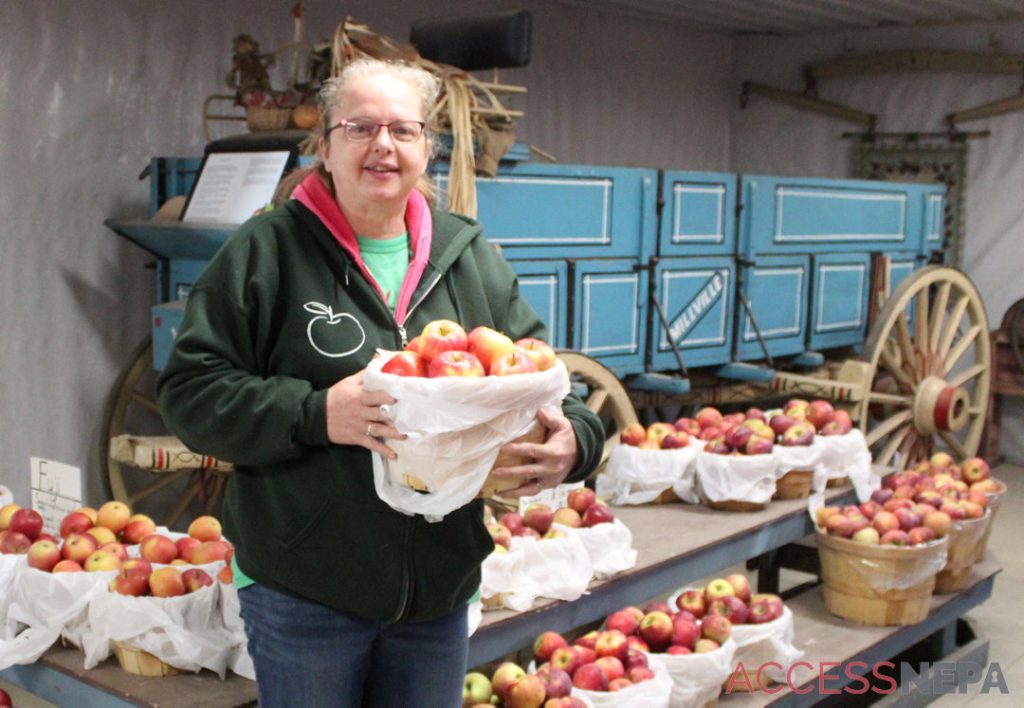 ACCESS NEPA
Deborah Field shows off some of the apple splendor at the Grassy Ridge produce market at Lutes Corners Road and Route 29 in Noxen Twp. She is holding up Honey Crisps with Fujis and Empires behind her

Asked if any of the fruit trees were more than 100 years old, she said those were being gradually phased out in favor of heartier and potentially more disease and insect resistant varieties.

Caring for an orchard and truck crops — Grassy Ridge is also well known for its sweet corn in late summer — pretty much augment the fall growing cycle. It keeps the Fields busy in the fall with pumpkins, other gourds, winter squash, and cider.

Mark’s brother and his wife Stacy run the Whistle Pig Pumpkin patch down the road toward Noxen where, during the summer months, the other Fields focus more on berries closer to the ground.

For the apple crop, though,you can pretty much have your pick of the season at Grassy Ridge. Deborah notes they start getting apples at the end of August with Paula Reds which are juicy and sweet and great for baking and eating. 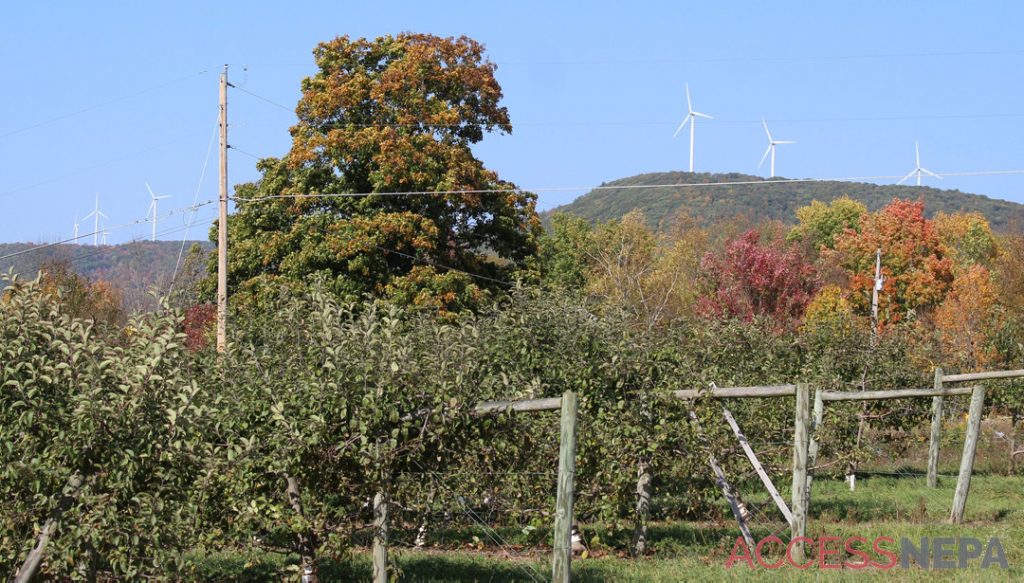 ACCESS NEPA
Part of the Grassy Ridge orchard off Maple Street in Noxen Twp. reveals the change in fall colors.

In the middle of the season you begin to see Northern Spy, a favorite of some. Probably the best seller, Deborah says, is the Honey Crisp which is a good eating apple and flavorful.

They also have Macouns, Empire, Ginger Golds, Galas, Fujis, and Cortlands which each have their advantages and some minor drawbacks, depending on your tastes. The red and golden delicious which are great for eating and salads are yet to come, with picking not too far off on the orchard off Maple Street.

All beckon your attention as the season winds down in November as Thanksgiving approaches.

At Grassy Ridge there is clearly much to be thankful for.