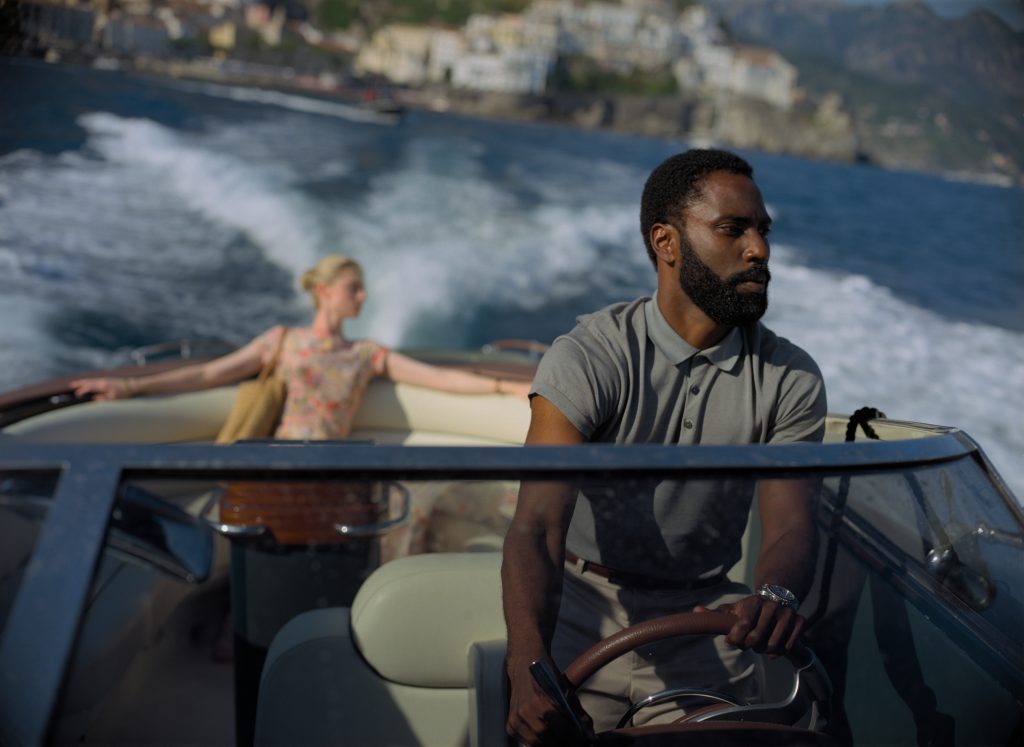 ‘Tenet’ is as cold as a film can be

“Tenet” may be the most referenced film in the nearly year-long history of this column, and that was all before it even came out. The hype was high in me and so many others. I got my early screening ticket. I went to the biggest theater. I got the best seat (center, one row from the top). And the result was … really quite underwhelming. Allow me to explain.

Let me make clear that while my hype was through the roof, my expectations were pretty neutral. I find Christopher Nolan to be an overrated writer, so I’m certainly no geeked-out fan boy. I imagined that ‘Tenet’ would be confusing, with a healthy amount of time manipulation to keep the audience puzzled. I can handle that for the most part, but ‘Tenet’ goes too far into the confusion. This was Nolan doing his best Nolan impression. It was incredibly difficult to follow on a first watch, not because I’m dumb, but because the techniques used in ‘Tenet’ are unfair to most audience members giving it a chance.

I describe “Tenet” as cold because it lacks a strong human connection and identification. This is most clearly on display in the characterization of the protagonist, whose name is “The Protagonist.” Sigh. Aside from that being brutal, seventh-grade English class pretentiousness, it’s also a teasing nod to the fact that The Protagonist has no past, no personality and no motivation of his own. He’s just a guy doing a thing. Points for being self-aware, I suppose. This is a stand-in character that is just meant to be the camera’s focus, but offers nothing of emotional substance. I think John David Washington is an excellent young actor, but this was a really weird role.

The story is broken down into what seem to be little vignettes of expository dialogue and world-building that seem a little over-the-top when that time could’ve been used to give a little more emotional weight to the characters. To be fair, you can totally pull off dull-ish characters who are serving the story, but the longer the film the tougher it is to do. “Tenet” is 150 minutes long. I would guess based on the film’s structure that this was probably about a four-hour film that possibly has an hour of character development on the cutting room floor. I prefer a little bit more balance with my world-building and characters. Edging too far one way or the other makes for a dull experience.

Then there’s the sound mixing, or the way multiple sounds interact with each other when they’re all playing at once. In “Tenet,” there are, at times, a musical score, ambient noises and expository dialogue all playing at the same time. Music and ambient noise can be played at the same time, even with dialogue happening as well, but “Tenet” has the double issue of the story being overly complex and the sounds being unbalanced. There was what seemed to be critical dialogue being spoken, but I couldn’t always make out what exactly was being said over the other noises. In a movie that is already confusing, I can’t imagine why anyone thought packing important stuff behind a wall of sound would work out well. It’s a great way to lose an audience.

I don’t really dislike “Tenet” as much as perhaps I’m putting on here, but I did leave the theater without a desire to see the film again. This is all to say that while there are definitely answers to be found in this film, and said answers might be interesting, I don’t have any desire to find them. All due respect to Nolan, but my guess is that he assumed people would want to watch it all over again even though they didn’t understand what happened on the first attempt. The problem is that most movies that are worth rewatching at least give some bread crumbs that might lead to some greater understanding. “Tenet” is more like a jumbled mess of difficult to understand concepts and scenes with an esteemed director’s name on it. That’s not good enough for me. I won’t blindly follow Nolan’s vision just because he’s Nolan. I need a reason to return to this material.

Many have already said that “Tenet” gets better on a second viewing, but it’s bold to assume that I want to give a movie that was pretty off-putting the first time any more of my money than I already have. It’s really an ambitious concept, and there are some impressive visuals and concepts at play, but “Tenet” is relying heavily on second viewings without caring about how the first one sits.