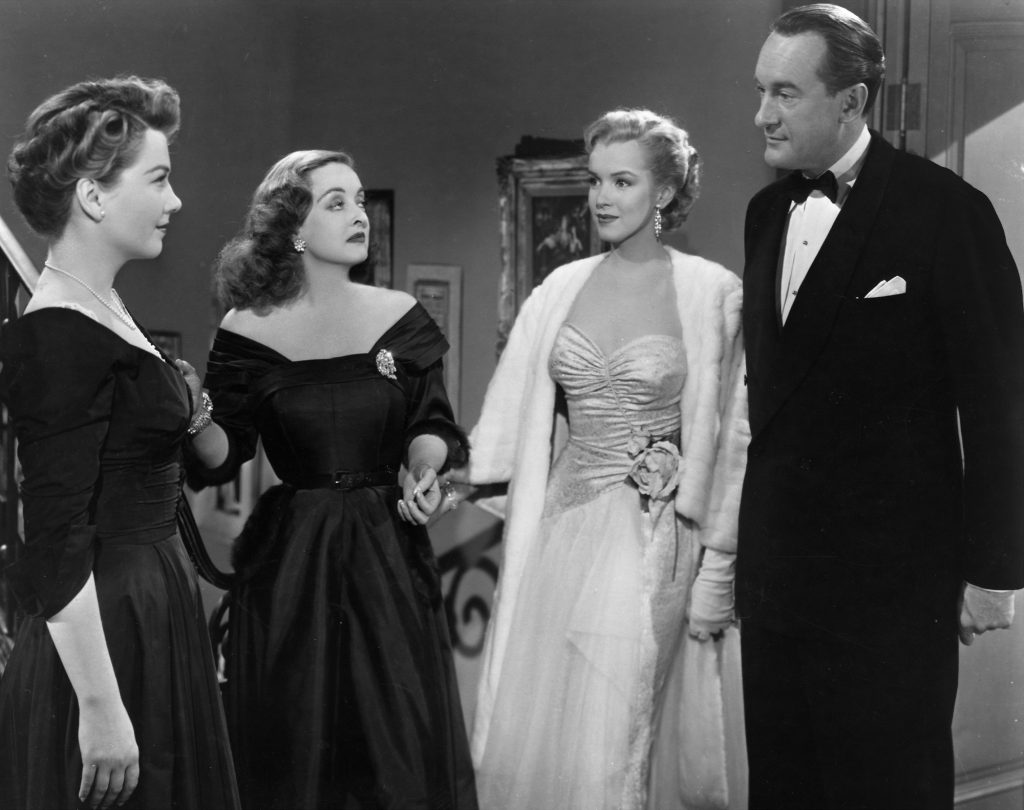 Eve Harrington undergoes a peculiar arc in ‘All About Eve’

Way back in my college days, when I was still a spring chicken, there was a lesson many of my professors would preach on a regular basis: Know your audience. I’m not one to blindly follow the philosophies of academics, but that little anecdote is pretty strong.

Not to typecast all of my lovely readers out there, but I’m going to go out on a limb and say that it is generally an older audience consuming the Standard-Speaker. Despite my assuming this to be the case for some time, I have rarely dove into the territory of talking about classic films. Let’s change that. Allow me to hop into a time machine and take a look at 1950’s “All About Eve” through a modern lens. Specifically, I want to talk about the subtle transformation of Eve Harrington (played by Anne Baxter in the film) from a seemingly mousy fan girl to an overly-ambitious terror.

First of all, “All About Eve” might have the best ensemble cast of any film not including the word “Godfather” in the title. This is the balanced effort of the actors themselves, and the grade-A direction and writing from Joseph L. Mankiewicz, the greatest film person in the history of Luzerne County. Yes, Wikipedia that. Joe Mank was a legend, and he lived on Academy Street in Wilkes-Barre. To be more specific on his incredible achievements behind the camera on “All About Eve,” the notoriously difficult Bette Davis was complimentary of Mankiewicz’s work on the film, calling it one of the best scripts she had ever read. If Bette is pleased with what’s happening, you’re doing something right. And Bette would know. Even as she got older, she was still incredibly witty, candid and insightful about working on her most praised projects. And through all of those interviews, from what I’ve gathered, she never expressed any disgust with Mankiewicz nor, very notably, her co-star Anne Baxter.

Baxter’s Eve starts off seeming rather harmless. She’s merely a dedicated fan of Davis’ Margo Channing. But as she gets closer to Margo and her life, her gentle nature devolves into something beyond just a career woman. She doesn’t want to work alongside Margo. She wants to be Margo.

I see the phrase “career woman” thrown out in support of Eve, but that’s not quite how I describe it. I think I would say something like “psychopath.” Eve isn’t trying to just advance her career; she’s willing to destroy Margo in the process. That’s a line that, if crossed, is no longer merely ambition gone too far. It’s obsessive and, shall I say, anti-feminist. Are you really a career woman if you’re willing to rip apart another woman’s career in the process? Perhaps I’m not qualified to make that call, but I can’t see how Eve and her mode of reaching stardom is admirable in anyway. It’s especially cold because she wormed her way into Margo’s life and had Margo’s support early on.

What really makes Eve such an interesting character is Baxter’s own transformation as time goes on. In the first first few minutes of the movie, she speaks softly and shares a story of her sympathetic road to Margo. As her story unravels and her true colors show, Baxter gets a bit snappier and cutting in her delivery. Her dress becomes more glamorous. These things on the surface aren’t all that bad, but I couldn’t help but think back to how Margo appeared early in the film: glamorous and uncensored. Eve was becoming Margo. Not just that, but she was surpassing what surely made Margo slightly off-putting. The facade of this nice girl had melted away, and what was found beneath that charm was incredibly cold.

What I mean to say is that she was an honest threat to Margo’s fame, not just a bitter fluke. She was talented, young and could conceivably achieve her goal of stomping Margo out. And, were it not for George Sanders’ critic character, who might just as well be a villain in this story, seeing through these lies and keeping Eve in check, she could have succeeded.

“All About Eve” is philosophically complex for its time. It isn’t just as simple as Eve being a career woman who is knocked down by the gender roles of the time. She gets knocked down because she’s an awful stone-stepper who was willing to hurt someone else, the woman who took her in, in order to advance. Perhaps the great irony here is that she does indeed succeed professionally in the end. Meanwhile, everyone hates her. Was it worth it?