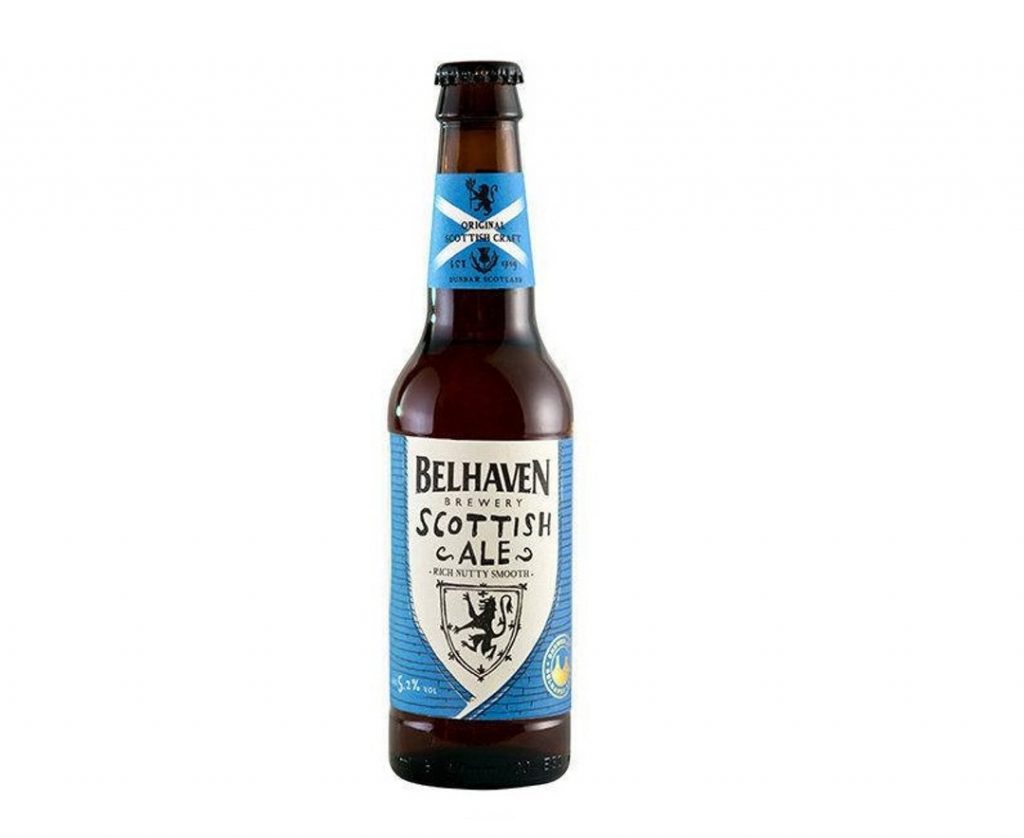 Last month, I looked for something mellow with which to ring in spring. Having enjoyed my late-winter decision to find lighter beers (with a little less body than the traditional stouts) and encountering good luck with ales lately, I decided to stay on that track for another week.

With St. Paddy’s Day just behind us, I looked in a similar corner of the world for my latest beer. I selected a traditional Scottish brewery, Belhaven Brewery, as the winner of this week’s taste test. Founded in 1719, Belhaven is Scotland’s oldest working brewery. Located about 20 miles east of Edinburgh in the midst of rolling barley fields, the brewery prides itself on using only local water and barley in its brews.

The Scottish Ale is one of the oldest beers in its lineup and a bestseller around the globe. The simple bottle design is in keeping with the traditional theme of the brewery but still looks great on the shelf. The label features a coat of arms overlaid on a background styled to look like old-fashioned brickwork. The bright magenta neck label reads “300 Years of Beautiful Beers.” The way I look at it, if a brewery has been pumping out beers for that long, it must be doing something right. I couldn’t wait to get home and give this one a taste.

The initial pour was on par with my expectations for an ale. The beverage sat beautifully in the glass with a rich golden color an an impressive foamy head that held its shape for a good, long while. The aroma emanating from the glass was malty with some spicy undertones combined with a certain nuttiness, which according to the brew label comes from the combination of Scottish barley malts and Challenger and Goldings hops.

The first taste danced on my tongue, as the brew contains a good amount of carbonation. It had a full mouthfeel for an ale, which added another level to the experience. Rich in flavor, the brew had malt that hung around for a long minute followed by a nutty aftertaste with a smoother than average finish. The aftertaste stayed present for a few moments but wasn’t biting since this brew is on the low side of the bitterness scale at 28 IBUs. The flavor stayed present and strong from the beginning of the session to the end, and overall the Scottish Ale was a very pleasant drinking experience.

This beer clocks in at 5.2% ABV and goes down extremely smoothly. It is easy to put down more than one during a sitting and is best enjoyed responsibly. For the perfect evening with the Scottish Ale, I recommend buying from a local distributor, finding a small group of friends and having a nice game of cards (or perhaps a video game session) paired with some barbeque, cheese and crackers.

If ales are your thing, you definitely don’t want to pass on this one. It is most assuredly worth your while to hunt this one down and give it a go.