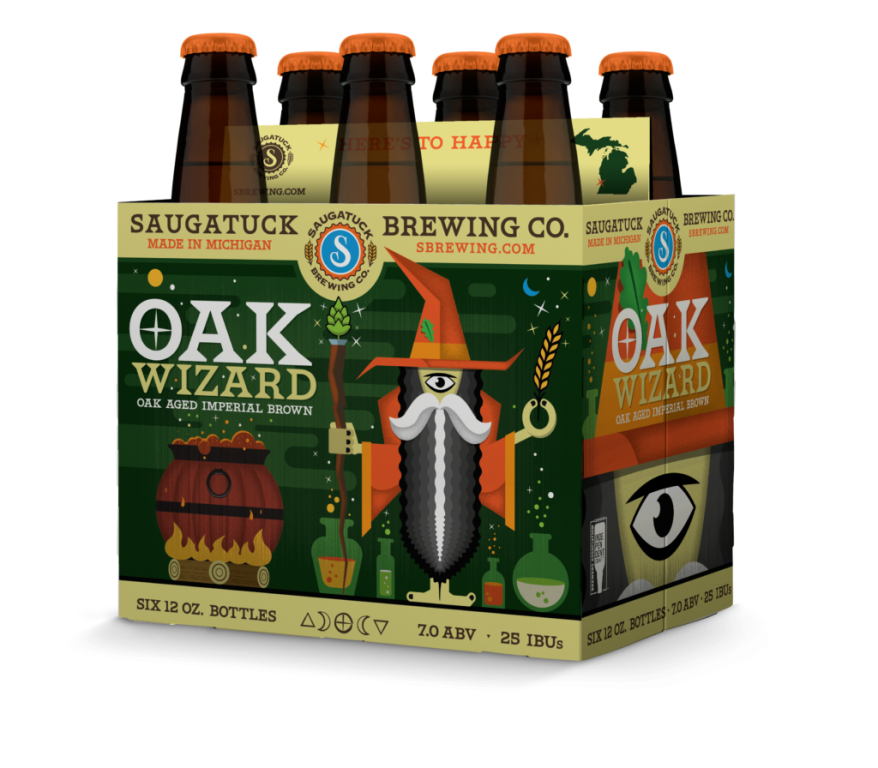 If I’ve learned anything from Conan the Barbarian, it’s that Crom laughs at you from his mountain top. If I learned anything else from him, it’s that wizards can’t be trusted and are best met with steel. I carry these lessons with me day after day, certain they one day will be applicable. Today was almost that day.

Why, you may ask? Tonight I’m drinking Saugatuck Brewing Co.’s Oak Wizard. Something about that title might make you think it’s ad ’70s psyche band, but you’d be wrong. It’s an imperial brown ale with a 7% ABV. Something about that collection of words sounds magical, so I’m going to say that the name of the beer makes sense.

I’ve been writing about beer for over a decade now, and this brew actually had two firsts for me. I’ve had pretty much every style of ale you can think of. This was the first time I’ve had an imperial brown ale as well as the first time I’ve had a brown ale aged with oak. These are both qualifiers normally reserved for stouts. It was hard for me to even conceptualize what that would be like in a brown ale.

Right off the bat, this beer was unique. The pour didn’t look like other brown ales I’ve seen. While still brown, it was darker, almost like a porter. The head was easily two fingers’ deep. It was the most impressive foam I’ve seen in a while. It didn’t take too long to dissipate, and it left slight lacing all the way down the glass, though not as much as I’d expect with a thicker beer.

The nutty sweetness of a brown ale was the first thing I noticed in the nose. A layer of bourbon and wood followed closely behind, both of which were likely from the oak. A bit of roast and perhaps just a smidge of vanilla are mixed in there as well. While certainly a brown ale, it has some unexpected things happening.

The taste was incredibly unexpected. At first, there was nothing. It poured right down my throat so smooth and easily, I might have been drinking water. After the swallow, however, everything started to come out. Right up front was that nutty sweetness from the brown ale, which was pretty dry, but that dryness made the oak taste that happened next really make sense. It lingered until it gave way to a bit of dark chocolate and marshmallow. Both were subtle, contributing more roast and creaminess in turn than any sweetness. As it warmed and opened up a bit, it ended with some sourness like you’d find in buttermilk.

In truth, as I’ve had many barrel-aged imperial stouts, I expected this beer to be … different. The oak, while undeniably present, wasn’t as prevalent as it would be in a stout, which makes sense. Stouts are a strong-tasting brew and can really take a beating from other flavors, where a brown ale is lighter and would be swallowed up by a really strong wood flavor. It is own thing and delicious in its own right.

Conan is right about a lot of things, but I’m starting to think he might have had it wrong about wizards. This one was all right.