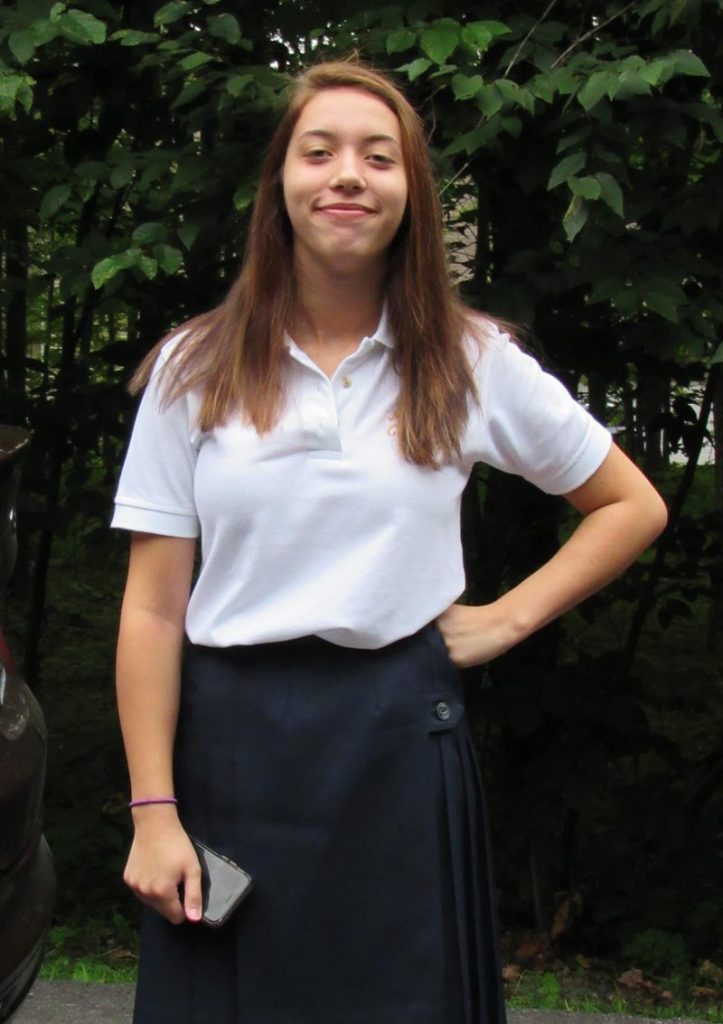 The family of a Marian High School student who was involved in a serious accident this summer is asking for prayers.

She has been in a coma since the July 6 crash.

“We truly feel that everyone’s prayers and God’s help is why Lexi is still with us fighting today, so we ask for continued prayers and know that God will allow for a miraculous recovery of Lexi,” said her father, Chris, of Sugarloaf Twp.

Lexi was recently transferred to the Pediatric Intensive Care Unit at the Children’s Hospital of Philadelphia, and has been opening her eyes more frequently and responding to a few commands, Chris said.

But doctors have told her family that Lexi’s recovery will not be immediate.

In addition to the brain damage, she had multiple facial and skull fractures, a collapsed lung, broken clavicle and broken pelvis. She needed plastic surgery on the left side of her face due to lacerations she suffered in the crash near Sheppton.

“She also has a piece of glass in each lung that is not removable at this time due to location,” Chris noted.

Lexi, who would have started her senior year at Marian, recently had a shunt installed to help decrease the pressure in her brain. She is stable and will likely be transferred to Good Shepherd Rehabilitation in Bethlehem in the near future.

“Good Shepherd is very reputable and both my parents went there, as well as a brother for traumatic brain injuries in the past and made full recoveries. The location of Good Shepherd is also going to allow more family and friends to visit with and support Lexi on a more frequent basis,” he said.

“They tell us that it is going to be an extremely long road with a lot of ‘ups and downs’ but since Lexi is young, that works in her favor. Because of the severity of her brain injuries, Lexi’s brain needs to relearn and train other parts of her brain to compensate for the many deficiencies caused by the traumatic brain injures,” he said.

Chris called Lexi a “fighter” and prays that she will get back to her usual self.

“She is strong,” he said. “She has a great sense of humor and a beautiful laugh. She is an extremely loyal friend and loves music and dogs. She loves the idea of rescuing animals. Lexi enjoys writing and the beach as well as trips to New York City. She has a brother, Christopher, who turned 22 Friday and is in the U.S. Navy. The two of them are very close.”

Lexi splits her time between living with Chris and his wife, Noelle, in Sugarloaf Township, and her mother, Renee (McCarthy) Tessitore and her fiancé, Ed Bartashus, in Schuylkill Haven.

Chris is a retired Hazleton narcotics detective and Renee is employed by the state. She has been off from work without pay to stay at the hospital with Lexi.

“Expenses for medical bills, future care as well as gas, food and tolls are adding up quickly. Any donations and all prayers are very much appreciated. We have seen friends, family, Marian High School families and others we have never met being extremely thoughtful and kind during this tragedy and we would like to thank everyone again,” he said.

There is a GoFundMe page under Lexi Tessitore where people can donate. There are also #TessitoreTough wrist bands available for sale. Information is available on the Facebook pages of Renee D. McCarthy and Noelle Pape Tessitore.