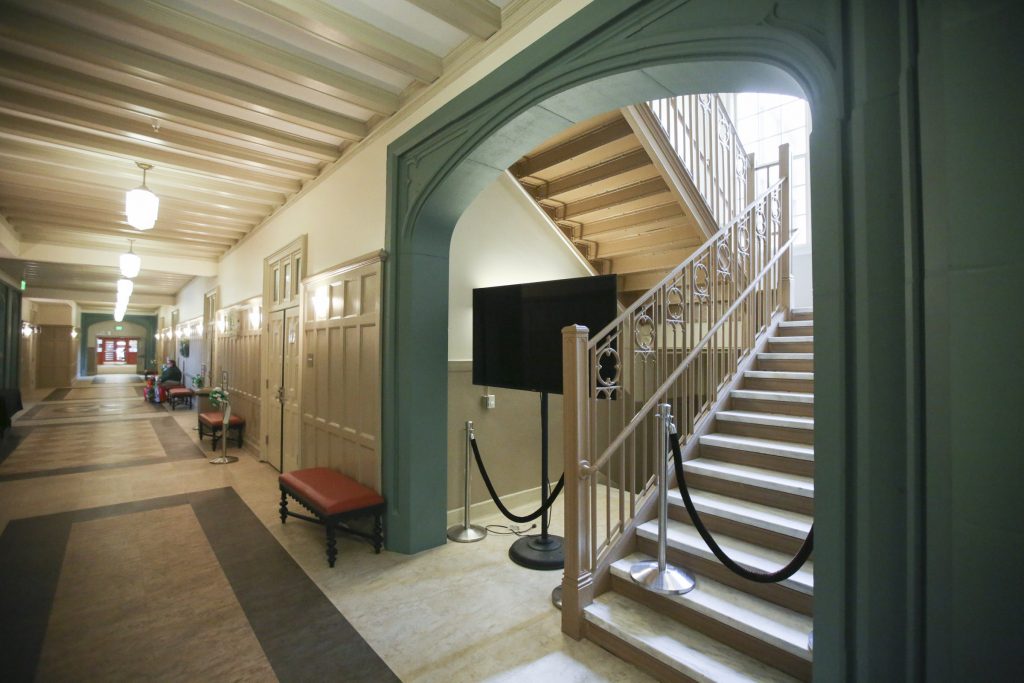 Whether it’s rehabilitating an abandoned school or reclaiming a former silk mill, developers are preserving local history by repurposing historic buildings into apartments.

“You keep letting these buildings go, and we don’t repair them. What part of history do you have left here?” said Gerald Langan, who was instrumental in transforming the well-known North Scranton Junior High School into 58 senior apartments. “I do believe there is an importance in saving these historical buildings that have meant so much to our history, Scranton’s history.”

Developers say demand is high for the converted apartment units, with lengthy waiting lists and units being booked even before construction is complete.

Living in a historic rehabilitated building provides an experience residents won’t get living in a cookie cutter, garden-style apartment with eight-foot ceilings and a nondescript layout, said developer Charles Jefferson. He has transformed various downtown Scranton buildings into apartments, including the Connell, former Chamber of Commerce and Samter’s buildings.

The market for the apartments is great, Jefferson said.

“When you walk in the front door, you get the recollection of the people that walked in there 100 years ago,” he said. “You get to see things that otherwise you’d never see. Those buildings will always have a market.” 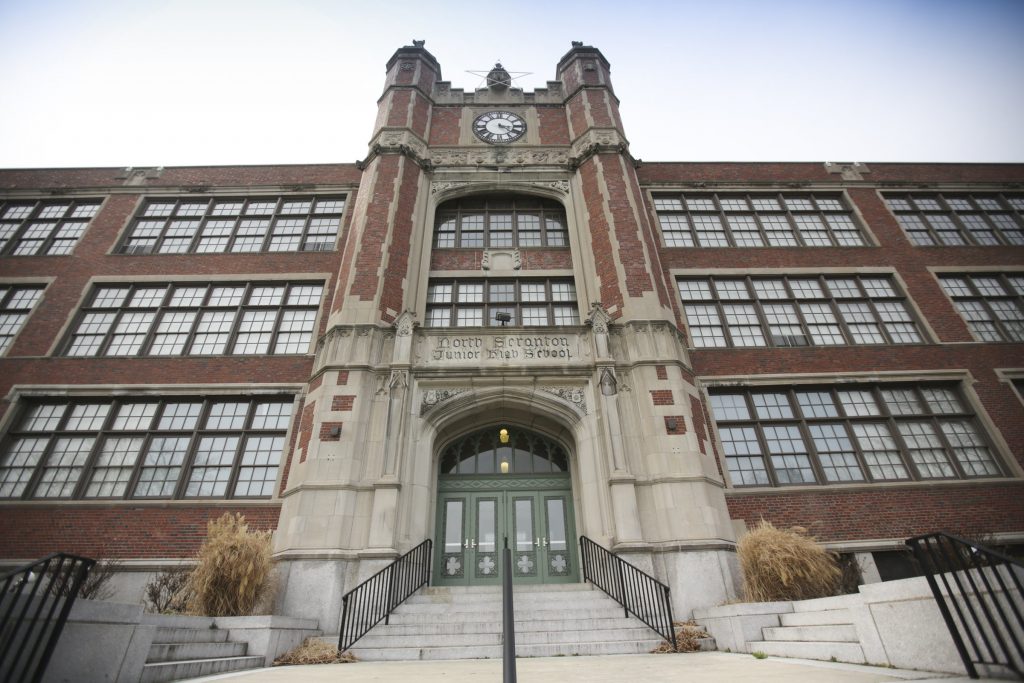 ‘Great way to keep a part of history’

As chief executive officer of Goodwill Industries of Northeastern Pennsylvania, Langan didn’t set out to create senior housing 30 years ago.

Rather, he wanted to preserve the iconic former North Scranton Junior High School on North Main Avenue, eventually spending 26 years working to transform it into the Goodwill at North Gerald T. Langan Apartments. The three-story apartment building has 80 people on its wait list, he said.

“To me, that is one of the most recognizable buildings in the whole city of Scranton,” said Langan, who retired from Goodwill about two years ago. “It’s a historical building, and it was just such a beautiful building.”

Both his father and brother were principals at the school.

The 167,000-square-foot building closed in 1988 and was about two weeks away from demolition when Goodwill Industries purchased it.

The first time Langan walked through the then-abandoned building, every window was smashed, the drop ceilings had fallen and pigeons were flying through the corridors, he said. When buildings like the school shut down, they are often just locked and abandoned, he said.

But, he carried on with the project.

Decades later, the building, completed in 2016, boasts a community room, gathering rooms on every floor, computer labs and the successful Theater at North, he said. The theater seats 800 people, and they’ve had about 70,000 people attend events there since it opened three years ago, Langan said.

“It’s just a great way to keep a part of history,” he said.

Although the entire project took 26 years, with much of the time being to garner support and funding, work only took about 14 months, he said. The entire project cost $24 million, and Goodwill has not had a single vacancy since it opened, he said.

‘Meant so much to so many people’

When seeking out a potential historic building to convert into apartments, John Basalyga looks for old textile plants and warehouses — structures with numerous windows.

The buildings are easily leased for apartments, and “they’re built really, really well,” he said.

Among his ongoing and planned conversion projects, Basalyga is in the midst of converting a former silk mill at Meadow Avenue and Maple Street in Scranton into high-end apartments. Built in 1919, the three-story building, which later became a Giant Floor showroom, is slated to become 37 apartments. Construction is more than halfway done, and Basalyga expects to finish the project by June or July.

Basalyga, and his firm JBAS Realty LLC, have already developed several old structures into apartment buildings, including The Warehouse Lofts in Scranton; The Railroad Lofts in Moscow; The North Valley Lofts in Olyphant; and The Lofts at 300 Bowman in Dickson City.

“We spend the money to do it right and bring back the original buildings as much as we can,” he said.

The developer said he’s proud to have saved the buildings.

His Dickson City apartments on Bowman Street began as a turn-of-the-century textile factory that later became home to Convenient Hardware. Before Basalyga purchased the property, it was going to be torn down, he said. Now, The Lofts at 300 Bowman house 20 one- and two-bedroom units, including 10 townhouses.

Neighborhoods appreciate the conversions of local landmarks, which can have the added benefit of improving nearby property values, Basalyga said. Specifically, he recalled the support he received when he converted the former Specialty Records at 210 N. Valley Ave., Olyphant, into 23 apartments. Specialty Records began in 1950, concentrating on producing 45 rpm records, before moving to a larger location decades later.

“It’s just a building that has meant so much to so many people that live down there,” Basalyga said.

Converting old buildings into apartments costs between $80,000 and $100,000 per unit, and projects take up to two years from acquisition to completion, he said. 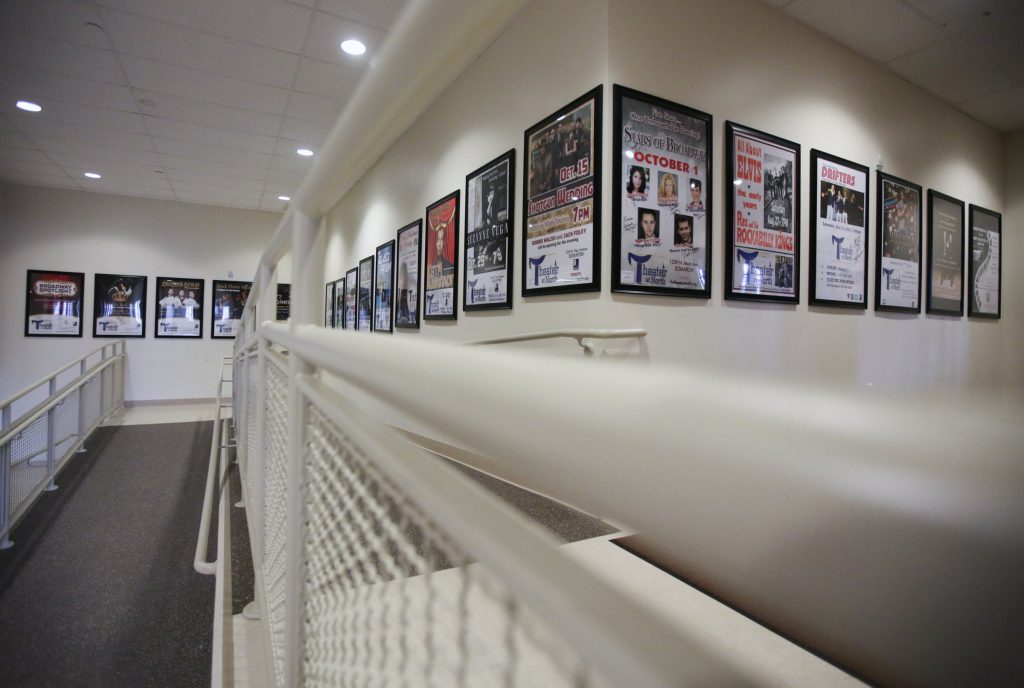 ‘Can’t duplicate what was made 100 years ago’

Historic buildings come from an era where labor was relatively inexpensive and materials were plentiful, but the age of the structures means developers often lack access to a building’s schematics, Jefferson said.

Without a building’s drawings, developer’s can only take educated guesses about a structure, he said, adding they only know so much until they gut the building.

While peeling back the layers of the Samter’s building, a century-old structure at 101 Penn Ave. in Scranton, Jefferson learned that there had been a fire in the building at some point. When the building was initially repaired, the replaced floor joints had been placed in a different direction than the other floors, he said.

Initially constructed as a clothing store for men and boys, Samter’s closed in 1977. It was later used for state government offices but remained empty for years.

Like Jefferson, Basalyga and Langan both pointed to the atmosphere of living in a converted century-old building.

People are attracted to the industrial feel of the buildings, which are nicely done, roomy, sizeable and have high ceilings, Basalyga said.

“When you walk in, you just get that awe factor,” he said.

The Goodwill apartments maintained the former school’s tall ceilings and high windows. Each classroom just about amounted to one apartment.

Buyers are looking for an experience when they decide where to live, Jefferson said.

“In order to have an experience, you have to go to a place like a historic rehab,” he said. “It’s just more than a roof over your head.”