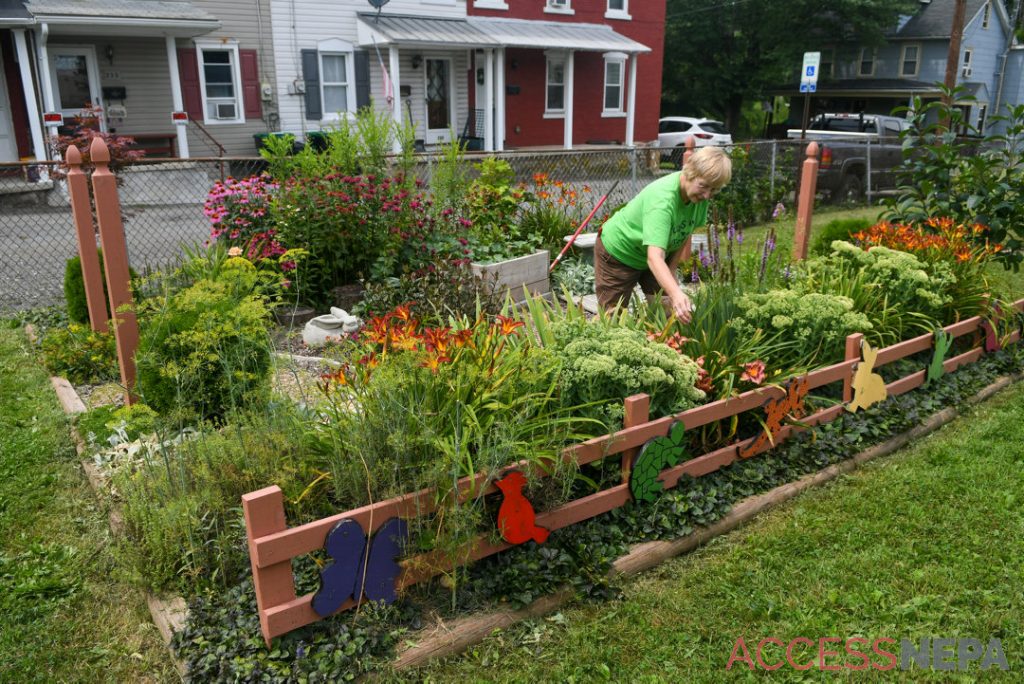 ORWIGSBURG — An award-winning children’s garden in the borough creates a sensory experience for both parkgoers and pollinators.

The garden in the Walborn Avenue playground, built by the South Schuylkill Garden Club in 2019, won the first-place prize for a civic project from the Garden Club Federation of Pennsylvania, then moved on to tie for second place in the community service project category in the National Garden Club competition.

Jane Kruse, president of the South Schuylkill Garden Club, said the Walborn garden is the club’s fifth community garden project and second children’s garden, with one in Pine Grove, one in Pottsville and two in Schuylkill Haven.

Planning for the Orwigsburg garden began in 2018. Kruse wanted to do a project in the borough, and another member suggested the park on the corner of Walborn Avenue and Church Street.

“This playground had everything you could want,” Kruse said, referring to the swing set and playground equipment, “but it didn’t have pizazz. That’s what we were trying to do here.”

An open space in the park was converted into a 20-by-18-foot garden featuring herbs, flowers, shrubs and a pathway.

Kruse said the borough constructed wooden barriers and fencing around the perimeter of the garden, and Blue Mountain High School art students created cutouts of garden animals for decoration.

To qualify for the civic project award, the garden had to have community participation and be open to the public.

As a sensory garden, it appeals to all the senses, with scented herbs, different textured plants to touch and strawberries to taste once they fully ripen.

The walking path includes various materials, as well, with patches of mulch and stones, and stepping stones to hop across. Kruse said these elements, which have different textures to feel and sounds to hear while walking through, offer sensory experiences to those who cannot see.

Autumn Conway, 5, of Schuylkill Haven, recently walked through the garden with her babysitter, Abigail Knorr, of Orwigsburg.

Autumn said her favorite part was feeling the lamb’s ear leaves, which she said felt like a “blankie.” She made a sour face, however, at the chives, which smelled like onions.

Joseph McGlinchey, who lives across the street from the playground, said he has seen positive responses and frequent interactions with the garden since it was built.

“It’s a wonderful thing they did here,” McGlinchey said. “They put a lot of time into it.”

McGlinchey was happy to see something good being done in his neighborhood when the club started building the garden and was impressed with the result.

“I’ve never seen something like this before,” McGlinchey said. “They did this out of their hearts.”

Kruse said once the garden was completed, it was no longer the club’s garden.

“It’s the children’s garden,” Kruse said. “I come out here sometimes to ask the children what they think of it, but now it’s their garden. They’ll ask me what I’m doing in it.” 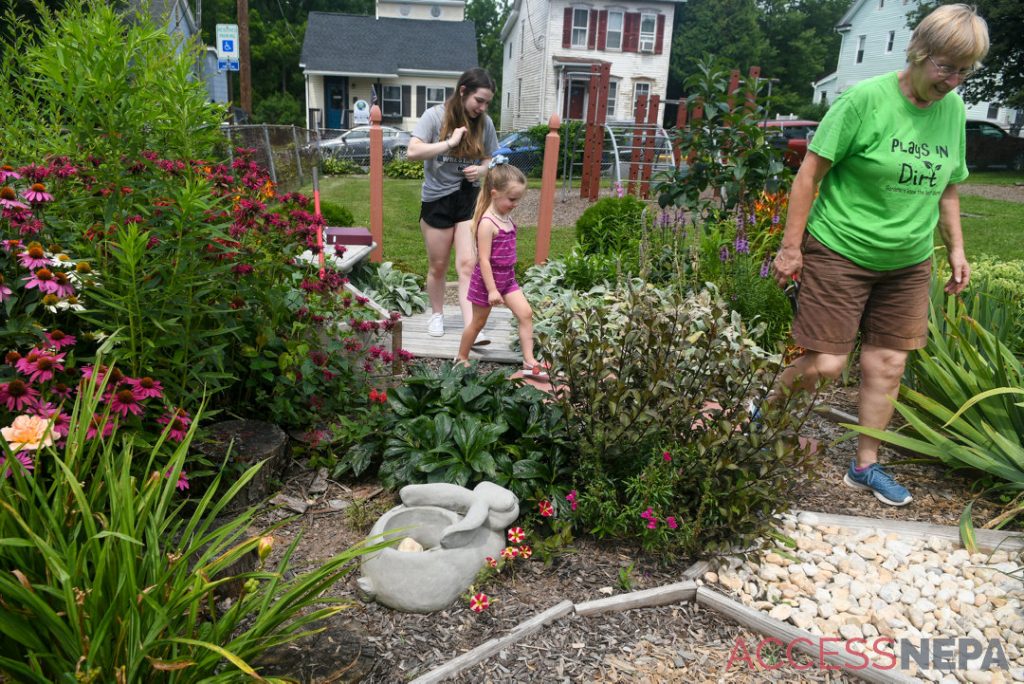 Kruse said the garden does not need much maintenance. It sits on a mud flat that never gets too dry, and the English-style design, in which the plants are compact, smothers some of the weed growth, she said.

The plants include herbs, like dill and chives, lilies, bee balms and golden rods, many of which attract pollinators.

“I always have to plant my favorite flower,” Kruse said, a purple flower known as gayfeather or blazing star.

Kruse, who was involved in designing the garden, said she grew up on a farm and always had an interest in nature. She joined the South Schuylkill Garden Club to explore that interest, and she had the opportunity to take a class on landscaping and design through the National Garden Club.

“A lightbulb turned on for me,” she said. “I fell in love with landscaping and design.”

Now, in her retirement, Kruse finds joy in maintaining and pruning gardens.

“It makes me happy, and I like pretty things,” she said.

The garden club is proud of its accomplishments with the Orwigsburg garden and happy to be involved in the community.

“It’s our gift to the community,” Kruse said.

The South Schuylkill Garden Club meets the third Tuesday of the month at 6:30 p.m. at the First United Church of Christ in Schuylkill Haven. Kruse, a Pottsville resident, said people from anywhere in the county can join, and those interested can contact her at 570-628-4802.