A Mr. Peanut gallery could be coming to Wilkes-Barre.

Mayor George Brown made the announcement during a peanut-themed celebration Monday on Public Square. The event was hosted by Visit Luzerne County after Mr. Peanut was reborn as Baby Nut during a commercial in Sunday night’s Super Bowl.

The commercial followed a 30-second teaser in which Mr. Peanut fell to his death to save his friends Wesley Snipes and Matt Walsh after a nutmobile accident.

When Brown originally learned of Mr. Peanut’s demise before Baby Nut was born, he said he reached out to Planters’ parent company Kraft Heinz about establishing a Mr. Peanut gallery in Wilkes-Barre, the birthplace of Planters.

Planters was founded in Wilkes-Barre in 1906, 10 years before Virginia schoolboy Antonio Gentile won an art contest for designing Mr. Peanut. 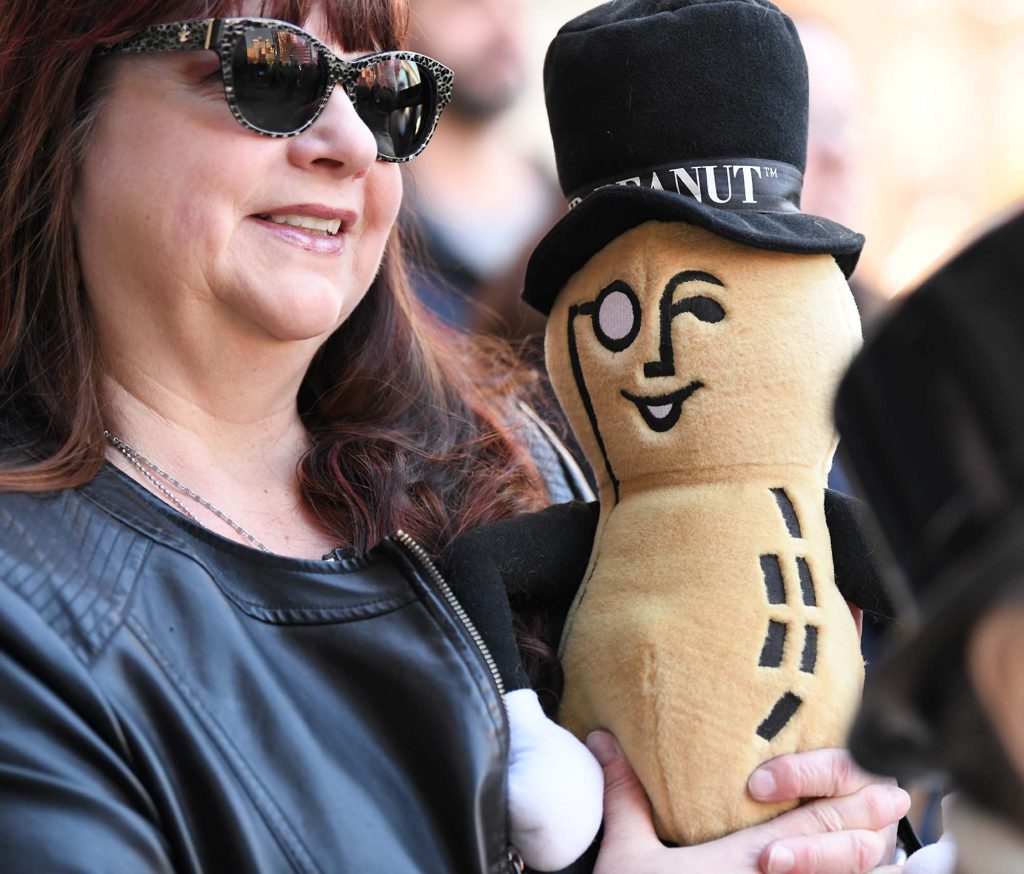 Brown did not yet identify the location for the gallery, but he said he would like to showcase Mr. Peanut artifacts that people will loan or donate to the city and admission would be free.

“It’s going to be a place where people could come to see the history of Mr. Peanut and Planters Peanuts in the city of Wilkes-Barre, where it all began,” Brown said.

Greco said he would lend some items to the proposed Mr. Peanut gallery and eventually they could be part of a visitors center.

“We are currently working with Kraft Heinz,” he said. “We have an agreement with them in writing in terms of using the logos and Mr. Peanut.”

For years, Greco has wanted to establish a Planters museum in Wilkes-Barre. He once wanted to buy Planters’ former corporate headquarters at 632 S. Main St., which was torn down in 2006. A big painting of Mr. Peanut once graced the side of the building. It was later demolished to make way for a strip mall that was never built. 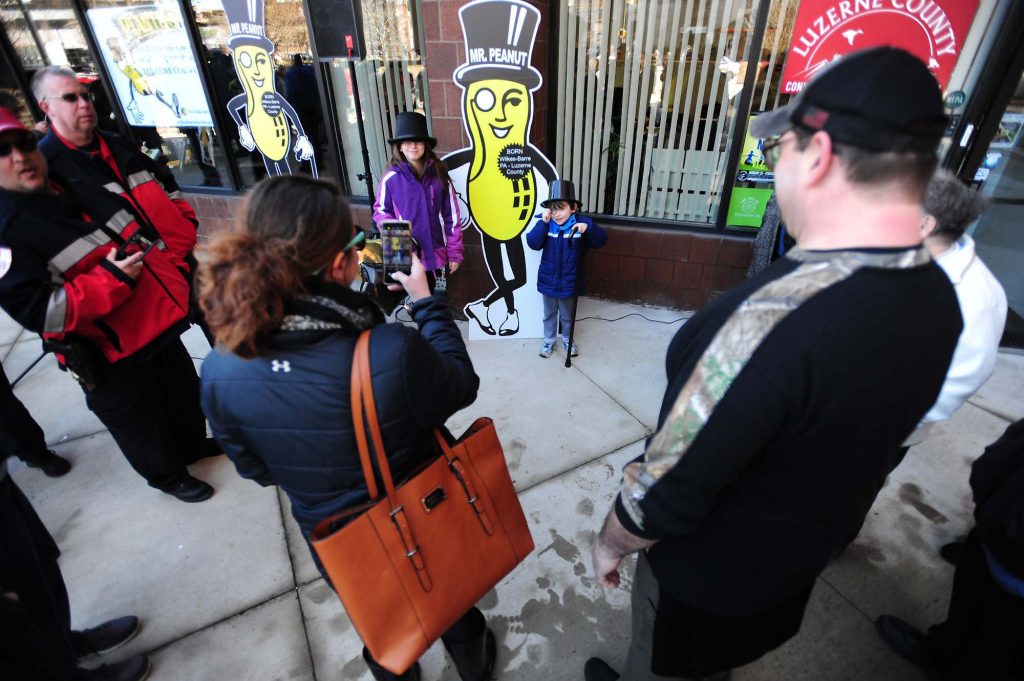 MARK MORAN / STAFF PHOTOGRAPHER
Children and adults line up to take a picture with Mr. Peanut during a Mr. Peanut Celebration on Monday in front of the Luzerne County Visitors Bureau on Public Square, Wilkes-Barre.

Greco said he thinks the introduction of Baby Nut is great. “I mourn the death of the 104-year-old, but Baby Nut is going to be for the next generation,” he said. “It’s the first time he has a voice. He’s a superhero, which is what the new generation wants. He’s a Gen Z now, too. It’s marketing genius.”

Jennifer Starr of Wilkes-Barre, who grew up with Mr. Peanut, also attended the celebration Monday. She brought a plush Mr. Peanut and showed a picture of her as a young girl with Mr. Peanut on the Atlantic City boardwalk.

She calls herself a “huge Mr. Peanut fan” and said she supports saving the Planters headquarters building on South Main Street.

After seeing the Super Bowl commercial in which the Kool-Aid Man’s tears resurrect Mr. Peanut as Baby Nut, Starr said she thinks it’s great that he’s back.

“I think it opens up a whole new marketing campaign for Mr. Peanut,” Starr said. “I hope he grows up.”