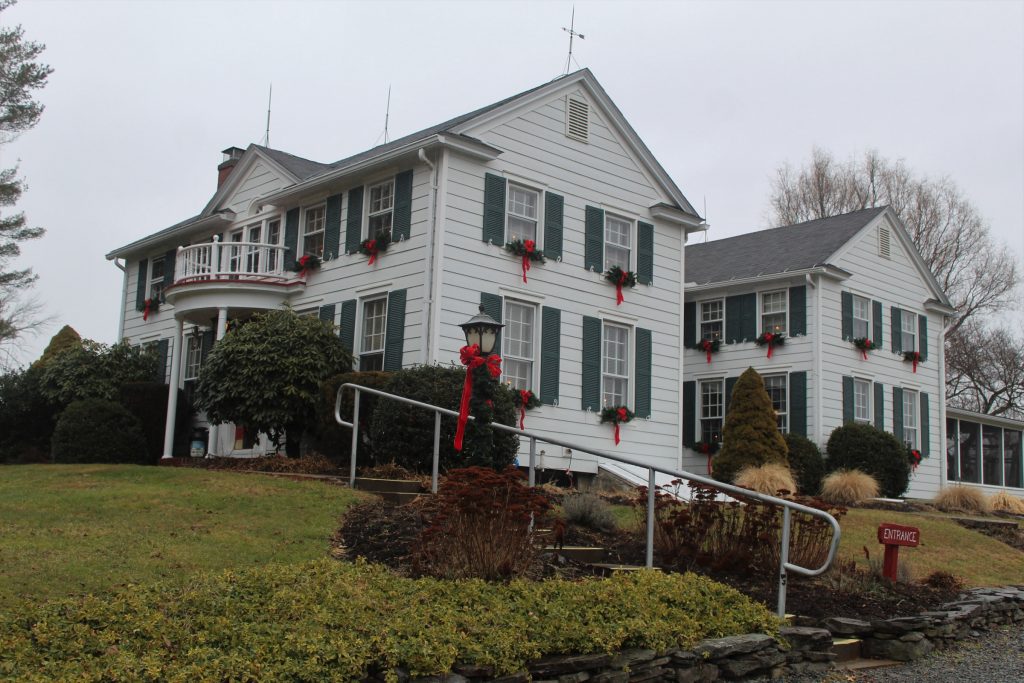 While staying in a bed and breakfast in St. Augustine, Fla., Patty Ehrenzeller had one thought: “I’m going to do this someday.”

For years, she fantasized about opening her own B&B, taking notes on others she visited with her husband, Randy.

For inspiration, she cut a photo of a colonial home out of Southern Living. The couple had moved away from Tunkhannock to live in Florida, but eventually returned permanently.

Right on North Eaton Road, she finally found a home for sale that reminded her of the Southern Living dream: a colonial two-story home built in the 1840s.

It had been through three previous owners, and by the early ’90s, it wasn’t in the best condition.

Friends worried she was in over her head, possibly seeing the home through rose-colored glasses.

“I guess I had it all decorated in my head,” she remembered.

In 1991, the couple purchased and restored what would one year later become the Weeping Willow Inn, where people come from near and far for a quiet getaway.

In the mornings, Randy cooks up breakfast for guests to eat in the dining room after they wake up in one of three bedrooms: The Willow Room, Mariah’s Chambers and Edna’s Suite.

The home, which also includes a sitting room for guests, has been decorated with antiques. 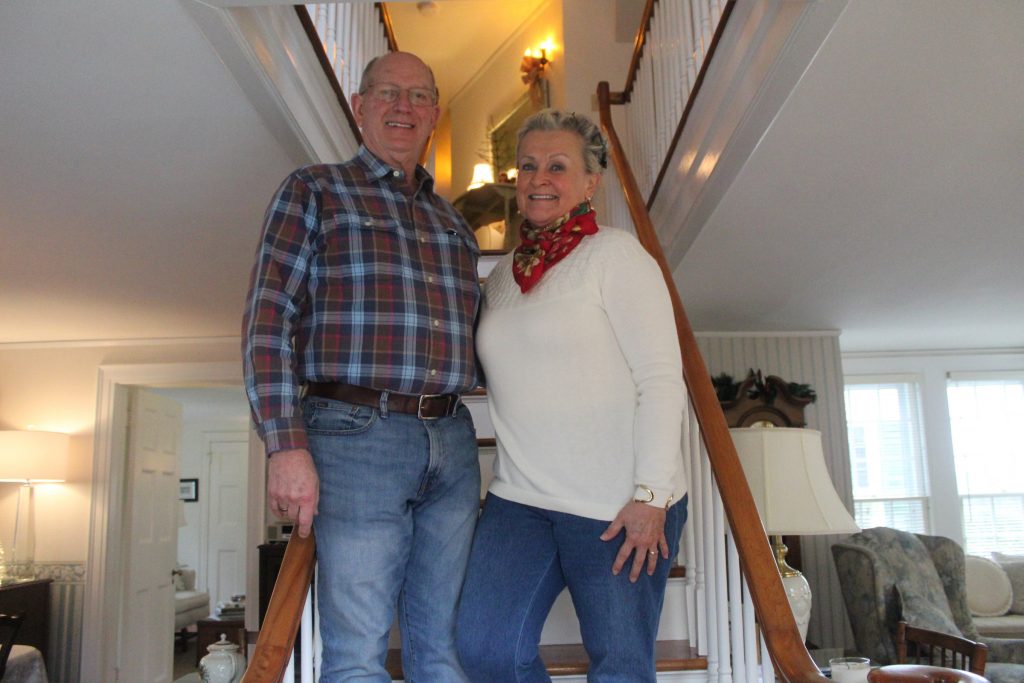 The Ehrenzellers look to provide a homelike, comforting atmosphere that can’t be replicated at bigger, chain hotels. They always welcome social opportunities for guests who want them, too.

“Even when we go away, we prefer to stay in B&Bs,” she said.

Jayne Blair of Mountainhome has been staying at the Weeping Willow Inn regularly because her husband Christopher has been placed in The Gardens in Tunkhannock. Christopher suffered from a traumatic brain injury 10 years ago.

“It’s culminated here where he is paralyzed and he can’t move, and he’s going to be bedridden for the rest of his life,” Blair said.

Realizing the distance between Mountainhome and Tunkhannock, she researched local hotels and found out about the Weeping Willow Inn.

Since meeting the Ehrenzellers in June, she has been staying at their inn twice a week.

“They’ve been extremely helpful and kind to me,” Blair said. “It’s like coming home, really… I don’t feel like I’m coming up to Tunkhannock, traveling all the time. I just feel like it’s a second home now. ”

For this reason, she said the Weeping Willow Inn stands out from the rest.

Experiences like Blair’s are exactly what the Ehrenzellers hope for with their guests.

“I just want them to feel very comfortable and I want them to just enjoy themselves and relax,” she said. “More than anything else, I think bed and breakfasts are for people looking to get away from the buzz.”

Over the years, the couple has seen many repeat guests, and they always enjoy making connections with new people.

“Some of the people that come get to be like family,” she said. “That’s the difference in a B&B. I think it’s just a more intimate environment.”

For more information about the Weeping Willow Inn, call 570-836-5877 or visit weepingwillowinn.com.