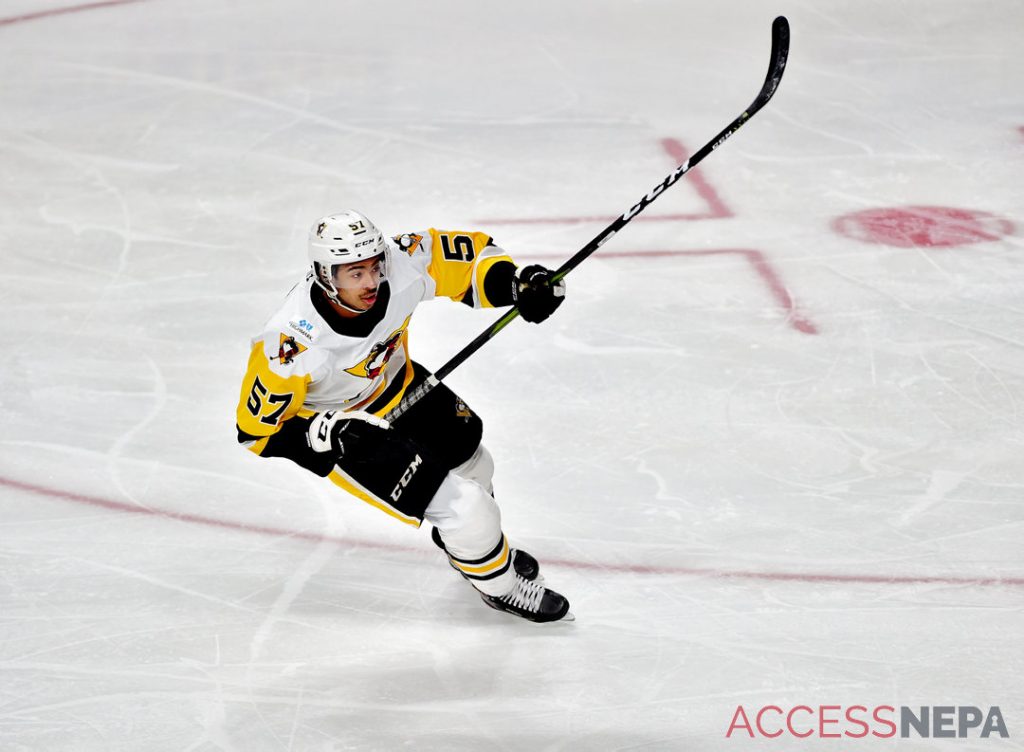 Off the ice, Pierre-Olivier Joseph has experienced the occasional pothole — literal and figurative — during his rookie season.

On it, the 20-year-old’s progression was as smooth and steady as Wilkes-Barre/Scranton Penguins fans could have hoped.

The defenseman overcame mononucleosis in the fall and backed up the lofty expectations he carried as one of the organization’s top prospects and a former first-round pick. Joseph became one of the Penguins’ top blueliners by the time the season was shut down March 12 because of the coronavirus pandemic, drawing the praise of Penguins coach Mike Vellucci and his teammates.

One of the biggest questions about Joseph entering the season was whether his slender frame at 6-foot-2 and 161 pounds could handle the physicality of the pro game.

“I think I proved a lot of people wrong by doing pretty good in this league physically,” Joseph said in a recent video call with reporters. “I think a lot of people will look at someone’s weight and forget about their strength and strengths in their game. It’s a lot of workout sessions in the gym, and (playing in the AHL) is a lot about how to outsmart other players when they’re bigger or slower.”

Realistically, the mono absence in late October and November could have been a turning point in either direction. However, Joseph said he received plenty of messages from his teammates and coaches wishing him a speedy recovery that let him know “he was in the right hands.”

Rather than panic from it or be overwhelmed by it, he worked hard to put weight back on and make sure he was on the same development curve as many of his teammates. The results are indicative of why he was a prized addition in the trade that sent Phil Kessel to Arizona. 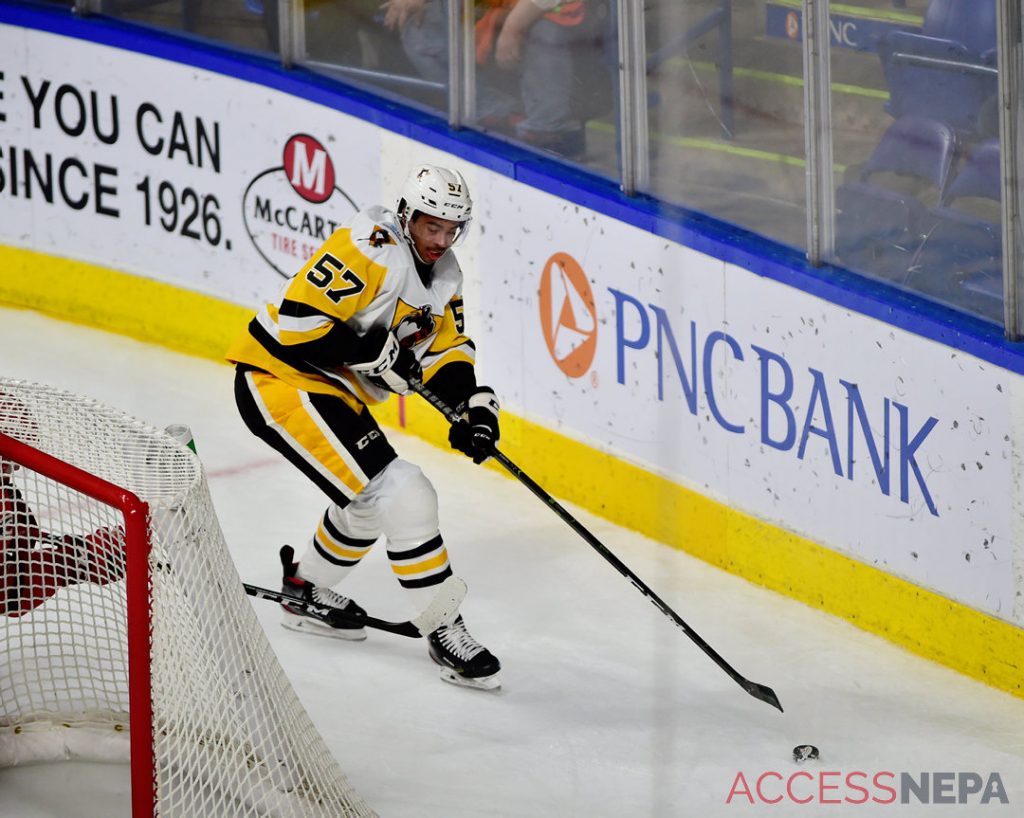 Joseph’s point totals — only three goals and 17 points in 52 games — aren’t eye-popping, but a lot of that production (eight points) came over the final calendar month before the stoppage. He proved capable of playing in multiple situations, including as the secondary power-play defenseman to captain David Warsofsky. However, perhaps his biggest strides from Game 1 in Hershey were made defensively on his backchecking and angles.

“I learned a lot this year that it’s important to improve in all parts of your game,” he said, noting the skill level among AHL players. “It’s good to be really good offensively, but I think it’s really more important for me to focus on my defense.”

Joseph, a Quebec native, has been at home during the pandemic, and just getting there was a struggle. He made it only about 20 minutes away from Wilkes-Barre before a large pothole on the highway gave him a flat tire. After waiting for a tow truck and having the tire changed, he got back on the road and made it within 90 minutes of Montreal before getting another flat tire.

Police helped him find another tow truck, which brought him to a rest area where he could sleep in the car. It was another full day until a mechanic repaired the vehicle, meaning Joseph also had to spend a night in a hotel.

“It was a long trip, but I made it safe and sound,” he said.

Joseph said that while in Wilkes-Barre, he would go for long runs every two or three days. Now, he’s limited to working out in a makeshift gym he set up in his living room as he tries to keep in shape should the season restart.

If he has to wait instead, Joseph’s future looks even brighter. Vellucci recently spoke about how much the Penguins’ young core progressed during the season and has mentioned Joseph as a definite candidate for a call-up next season should Pittsburgh need it.

In the meantime, Joseph thinks he can unlock even more of his game and continue to build on the strength and hockey IQ he has already shown.

“Of course, I want to be in the NHL as soon as possible; everybody does,” he said, “but there’s no point of me jumping there if I’m not ready. I feel like I’m getting more and more ready to make the jump, but for sure I have a lot of things to improve yet.”