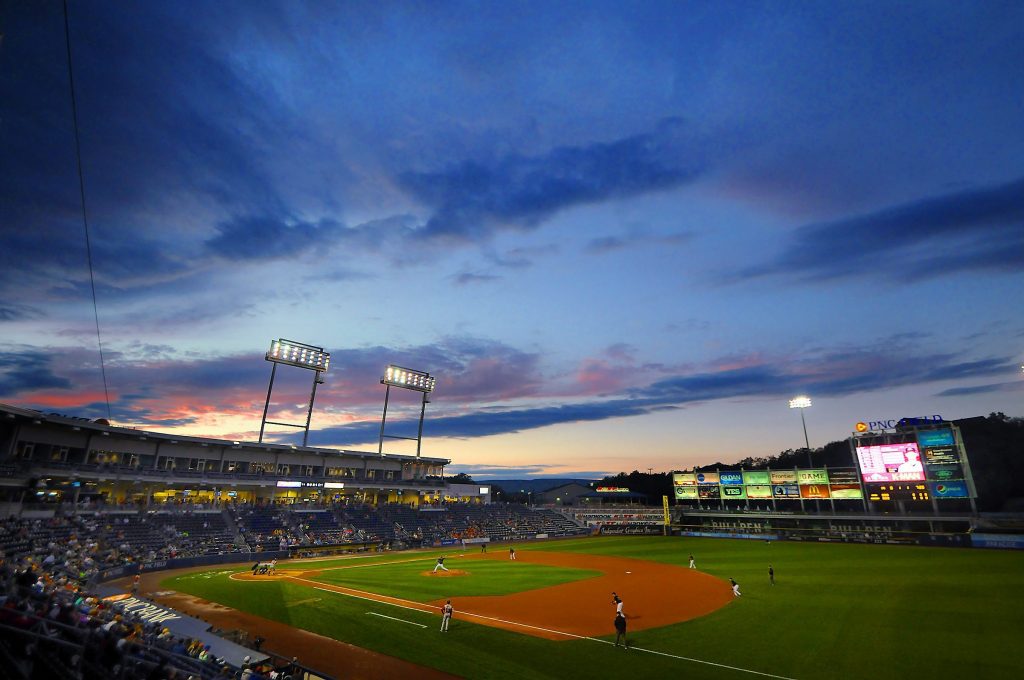 Doug Davis just needed to show up. He didn’t even face the pressure of winning —though, of course, it would’ve been nice to start the season on the right foot.

One game shy of his 1,000th as a minor league manager, Davis would’ve locked up that milestone tonight when the first-year Scranton/Wilkes-Barre manager and his RailRiders were supposed to host Buffalo at PNC Field on opening day of a new season.

Turns out, it’s not going to be that easy.

Because of the COVID-19 pandemic, minor league baseball is on hold with no start date in sight. On Monday, Major League Baseball and the players association discussed a plan to host all 30 teams in the Phoenix area and play the season in front of empty ballparks. No such plan has surfaced for the minors.

“It’s a weird feeling because there’s — at this point in time, you don’t know what you’re working toward,” Davis said. “There’s no set date. There’s so much uncertainty throughout the country with all major sports, but baseball, I think, takes the brunt of it because that’s the one sport that was supposed to be started now and couldn’t get started.

“And so when does it start? I don’t think there’s any way to particularly even look forward to a date, because this thing’s not going away. Obviously, they’re trying to plan and come up with some type of an idea of what may work, but … everything is up for grabs at this point in time.”

Players and coaches are tasked with staying ready for something that won’t be arriving any time soon.

In Florida, outfielder Trey Amburgey is limited to doing body-weight workouts on his porch and running. He has a tee, but no net to hit into.

“All the gyms are closed here,” the 25-year-old said. “All the Little League cages are closed. They shut down my college facility, so I can’t even go there.

“I’m doing dry swings, but it’s only going to get me so far.”

Amburgey wasn’t ready to stop playing when camps were suspended March 12. In 12 games, he was hitting .300 (6 for 20) with a double and six RBIs in big league action, ready to build off his rookie year in Triple-A when he had 31 doubles, 22 homers and an OPS of .822.

“I was having a good spring and they were giving me some good feedback,” he said. “I guess I was confident, in a sense, that I would get there (to New York) at some point this year.”

That’s been delayed. Now, Amburgey and his wife Kelsie are using some of this time to train their new puppy.

On the opposite end of the country, reliever Ben Heller is getting more time to spend with his 4-month-old son Carson. Heller and his wife Martha traveled home to Wisconsin when the scale of the pandemic’s impact became clearer. If there’s a silver lining, Heller said it’s seeing more of this part of his son’s life.

“He’s in such a fun time right now with his development,” he said. “He’s just learning so much stuff and starting to interact with us more, laughing and smiling at us. It has been a lot of fun just being with him all day every day, as opposed to during the season it’s a little more difficult, I would assume.”

For baseball, Heller said he’s lucky to be friends with the owner of his gym. He’s able to go there by himself to work out, and also is limiting himself to throwing one bullpen session per week — enough to stay sharp, but not too much stress on his arm.

“We’re kind of backing off a little bit (with throwing), because with the uncertainty now with how long the season might go, that makes things a little trickier as well,” he said. “Because if we’re going to need to pitch into late November possibly, you don’t want to overdo it right now.”

In the meantime, Heller still has a competitive outlet. He already won one Madden NFL championship in a league with his Yankees teammates, taking down fellow reliever Tommy Kahnle in the Super Bowl. Season Two is nearing the playoffs, and Heller is eyeing a repeat.

“I’ve been working on some new plays, getting some new defensive coverage, so I think I’ll be ready for him,” Heller said of possibly facing Kahnle in the big game again. “That’s definitely been one thing to keep all of us sane right now, is having that to stay connected with each other and stay in touch.”