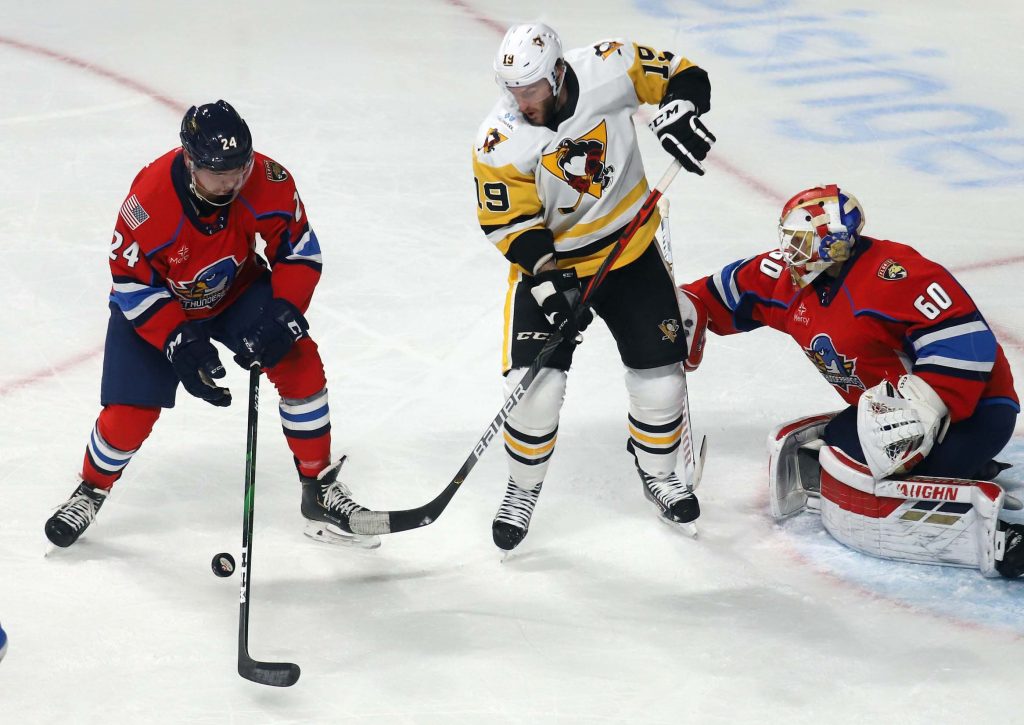 WBS Penguins awards for the season that (likely) was

Perhaps it would have been a playoff-clinching performance revisited in the Wilkes-Barre/Scranton Penguins video vault for years to come. Or, like last season, maybe it became a final audition for prospects looking to show they belong.

Instead, we’re left to use our imagination.

Last night was the scheduled season finale for the Penguins at Mohegan Sun Arena, as well as the team’s annual Fan Appreciation Night. There was no puck drop against Hartford, of course, because of the coronavirus pandemic that shut down the American Hockey League on March 12.

While the season hasn’t officially been canceled or shortened, it’s becoming more apparent we’ll never know what would have been on the line in Game 76 of the schedule. Additionally, fans missed out on a final chance to salute their favorite players during the team’s annual awards presentation.

Who would have taken home hardware? Here’s staff writer Tyler Piccotti’s ballot for a few of the Penguins’ top honors: 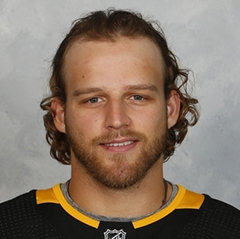 Defensive Player of the Year

Between injuries and call-ups, Wilkes-Barre/Scranton’s defensive corps — and entire lineup, for that matter — was in constant flux. Through it all, the steadiest presence was rookie Jon Lizotte.

Although the undrafted 25-year-old had only three professional games to his credit entering the fall, it quickly became clear Lizotte had earned the trust of Mike Vellucci and his staff. He was a constant on the penalty kill and seemed to play better in more dire situations — two-man disadvantages, kills in overtime and the like. He was one of the primary reasons the Penguins rose from 30th in the AHL to 10th on the man disadvantage by the time play was halted.

Lizotte’s plus-16 rating was, by far, the best on the team, and he committed only six penalties the entire season. At one point, he managed to stay out of the box in 23 straight games from Dec. 28 through Feb. 23.

After spending the season on an AHL contract, there should be no reason NHL teams don’t give him a look as a depth defenseman. 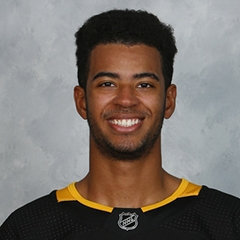 If Lizotte’s path through the season was relatively linear, then the biggest jump among first-year players came from defenseman Pierre-Olivier Joseph.

Diagnosed with mononucleosis after only six games, the 20-year-old spent a month off the ice. He came back with a vengeance, eventually making his way to the top defensive pairing. He was a contributor in a variety of situations, including on both special teams.

“He’s a great kid, wants to learn,” fellow defenseman Kevin Czuczman said in an interview last week. “He’s always showing up hungry to get better, and I think that’s contagious too when you have a leader like that among a core of young guys coming in.”

While Joseph was a coveted prospect, there were concerns about how his size — his listed weight is only 161 pounds — would translate to the AHL. But as the season wore on, he looked better in his puck battles and showed more big-play ability.

And whereas rookies can be on the shy side, Joseph was one of the team’s most candid and engaging players from the get-go. So, when it comes to the “being a pro” cliche, he seems to have a good grasp of it. 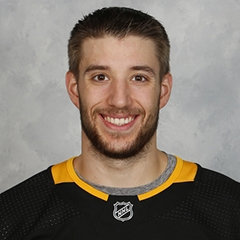 A crowded field to say the least.

That speaks to the amount of turnover the roster has undergone over the last year. The 2019 winner, goaltender Tristan Jarry, graduated to Pittsburgh and never returned, while others like Ethan Prow, Joseph Cramarossa and Ryan Haggerty left the organization or were traded away.

Additionally, the team had no more local connections and lacked a true enforcer — the closest was forward Jamie Devane — that fans always seem to rally around.

Since there doesn’t appear to be a clear favorite, I’ll give a slight nod to Angello for the work he’s done in the community through his book club and other projects. That kind of engagement is what can turn a young hockey novice into a lifelong fan. 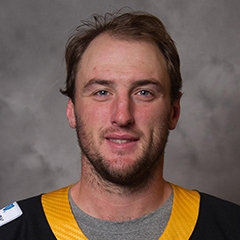 Technically, I’m supposed to pick someone currently on the roster. The problem is no one seemed to put together a clear beginning-to-end, team-altering season.

Andrew Agozzino would have been an obvious choice had he finished out the year for his offensive contributions, all-star selection and faceoff ability. DeSmith was inconsistent, with a pair of great stretches in November and late January sandwiching an eight-game losing streak. Angello went on a tear starting in December, but then Pittsburgh came calling and he missed plenty of games as the playoff chase heated up.

So, as crazy as it sounds, that’s why I’m making a case for Stefan Noesen.

Yes, he played only 22 games, but he was far and away Wilkes-Barre/Scranton’s best skater and the offense was never as explosive after he left. With how he dominated on the power play, mastered shootouts and often gave the team an emotional spark, it’s fair to consider how much further out of the hunt the Penguins would be without his torrid first quarter. If there’s a wins above replacement metric for the AHL, he’d be at or near the top despite his short stay.