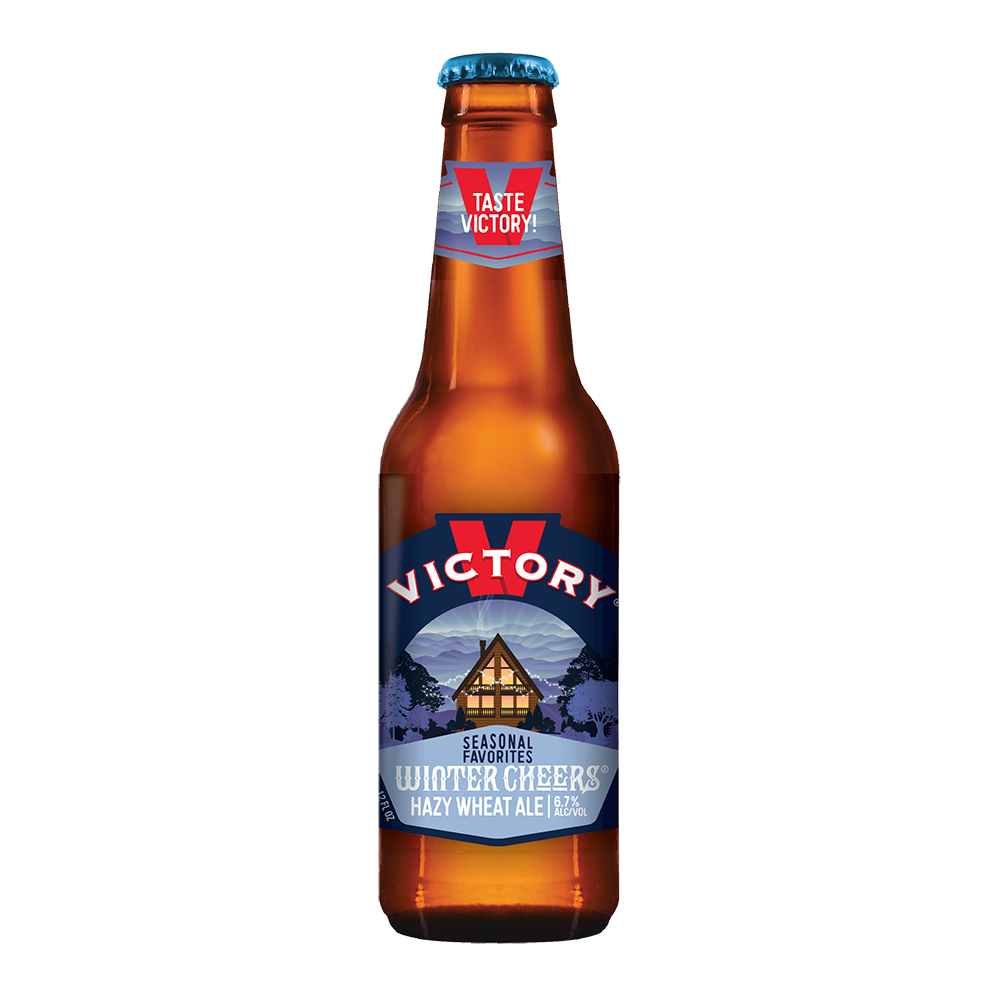 It’s that magical time of the year between Thanksgiving and New Year’s Eve, where time doesn’t really exist, there are tons of flashing lights, and everything is a hazy blur.

This is the holiday season, folks, and it is take-no-prisoners. You’re either running 1,000 mph to make all the things happen, or you are drinking. This column, obviously, is about the latter. I would suggest not doing both of them at once.

One of the cool things about December is all the special beers that come out. Mad Elf, Bad Elf, Christmas Crack — it’s a short shopping season for these brews, so stock up for the rest of winter. My first holiday brew, many years ago, was Harpoon’s Winter Warmer, and it will always hold a special place in my heart. It tasted a little bit like a gingerbread man was tying one on in my mouth. It was delightfully spiced and a fun drink. Alas, there are more brews out there for me to try.

This week, I’m going for a beer by one of my all- time favorite breweries, Victory. Located in Downington, it is responsible for the various varieties of Golden Monkey as well as other alcoholic treats. I’ve been a fan for many years, yet this is the first time I’ll be trying Victory Brewing Co.’s Winter Cheers Hazy Wheat Ale. I’ve liked Victory’s Belgian-inspired beers the best, but who can say no to a hefewisen?

The pour was everything I expected: a hazy golden hue topped with maybe a finger’s worth of foam. It dissipated pretty quickly and didn’t leave any lacing. Tons of bubbles rose up through the liquid. It looked to be more carbonated than your usual mass-market lager, which was impressive. Apparently some fizz is good for a holiday celebration?

The scent is where things got weird. Yes, I could smell yeast, wheat and malt. That wasn’t surprising. What was surprising was the scent of banana, cloves and white pepper. I know I said I enjoy Victory’s Belgian-style brews, but I didn’t expect this to be one. Hefeweizens are a German style, which means malt forward followed by the other grains. This, however, has spice and citrus written all over it. You may consider me intrigued.

The taste was all of the things. Yes, it was a wheat beer. There was that grainy haze that sat on the tongue. I also noticed lemon, clove, lots of yeast, citrusy hops, spice, aspirin, pepper and hay. This was far from a normal hefeweizen. I would say this brew definitely took notes from Golden Monkey, though it is far from a copy. Any fear I had that this would just be a regular wheat beer certainly was dispelled.

All said, there wasn’t really anything in the taste that could be considered too offensive. This seems like a good gift beer. There was the feeling of fanciness but without the worry that it wouldn’t be to someone’s tastes. The carbonation, of which there is a large amount, makes it refreshing. It weights in at 6.7% ABV, making it oh so moderately boozy as well, though not enough that you won’t want to have another. It’s a perfect accompaniment through this hectic month.