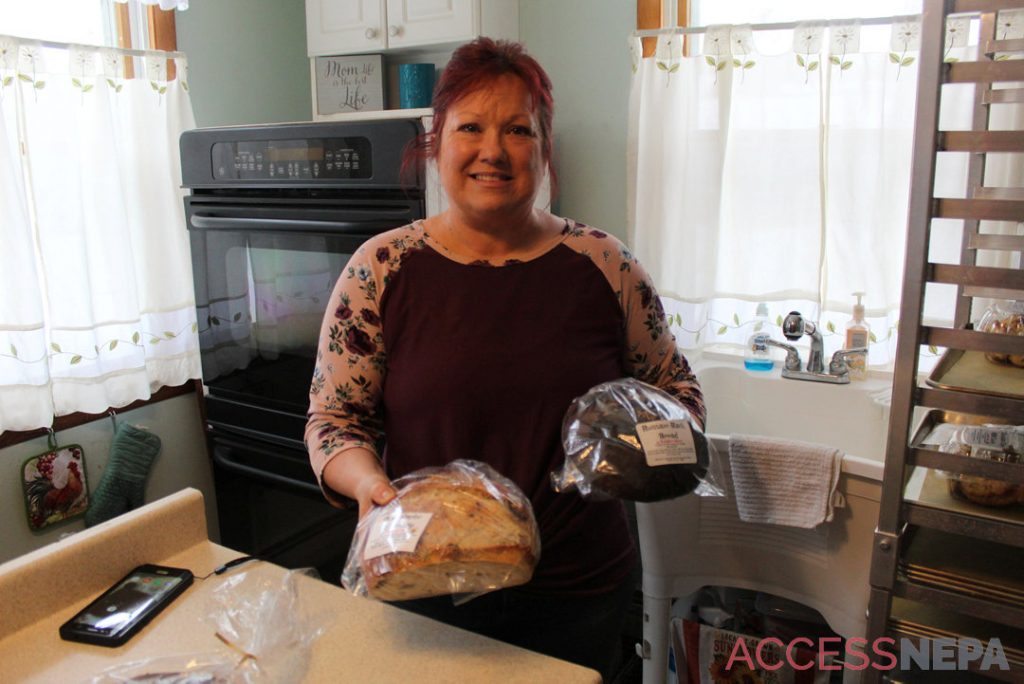 Ever since Virginia Wiernusz was a little girl, her parents always said that she was “busy like a bee.”

Now she spends her busy time running BuzyBee Baker out of her home at 37 Maple Avenue in Tunkhannock. She opened the bakery in October of 2020, after holding many previous bakery jobs, such as at Walmart and the former Keystone Confections.

“When COVID hit, I needed to do something,” Wiernusz said. “It has been a long process, but I finally got the business up off the ground and I couldn’t be more excited.”

The biggest attraction at BuzyBee Baker is the homemade bread that Wiernusz makes completely from scratch. She features artisan breads and sweet breads that each come in over six different types of flavors.

“Me and my brother would bake something from the recipe book every weekend,” Wiernusz said. “She passed a few years ago and the book was passed down to me. I look in the book and I see a lot of recipes in her handwriting and it makes me think back to those weekends.”

Her grandmother wasn’t the only inspiration however, the recipe for her nut roll was handed down from her husband’s grandmother. She also has some cookie recipes from her aunts.

When Wiernusz is in her kitchen, she thinks about all of her relatives and how much they have inspired her to pursue something that she loves.

“I was very lucky to have all of these people in my life,” Wiernusz said. “My grandma had the biggest heart that you could ever imagine. She loved all of her grandchildren. When I’m in here making the dough, I know that she’s with me. I can feel her presence, along with all other family members who had an influence on me.”

Wiernusz said that business has been going really well for her since she opened. She said that the farmers markets in the fall were a big help to her with getting her name out there.

“Even with the bad weather, people have still been calling to place orders,” Wiernusz said. “I have people who stop in weekly to pick up orders. It’s been a big surprise.”

One of those customers who picks up a weekly order is Michael DiCindio of Tunkhannock. He said that the bread makes him feel like a little kid again when he’s eating it.

Although she is going to continue working out of her home for now, Wiernusz still has plans of opening a commercial bakery someday.

“I don’t care if it’s a little shop someplace or a big place,” Wiernusz said. “It’s my dream right now. I’m hoping I can build a big enough customer base to make it a reality.”