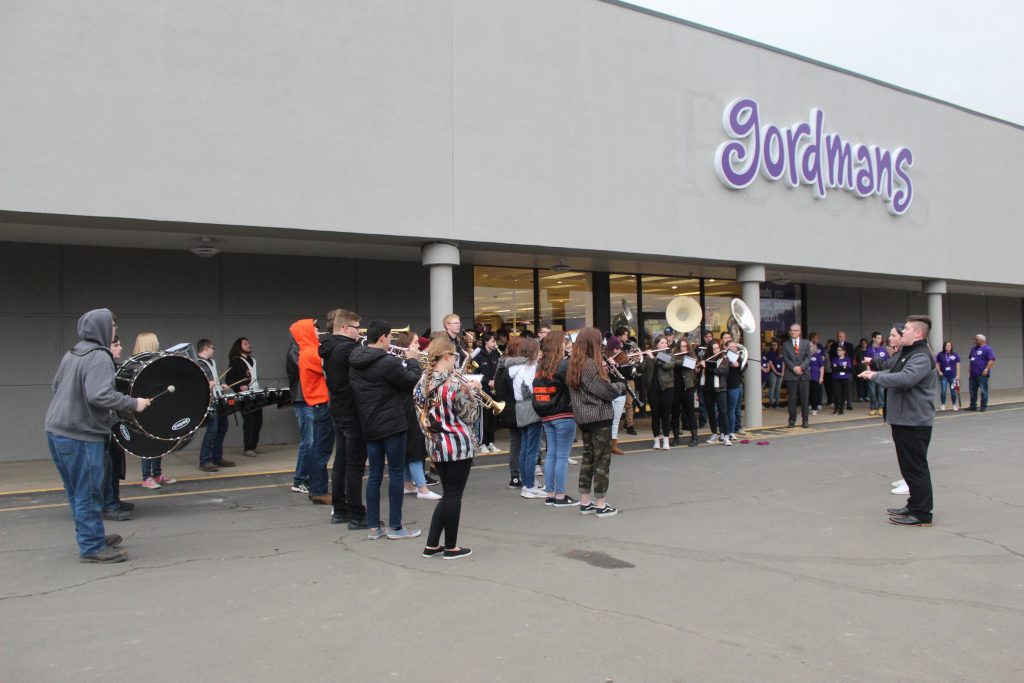 Shoppers came out to Tunkhannock yesterday for the grand opening of Gordmans, an off-price retailer under Stage Stores Inc. replacing Peebles stores across the state.

“Because guests are responding positively to Gordmans’ off-price concept, Stage will be converting most of its department store nameplates Peebles, Goody’s, Bealls, Palais Royal and Stage to Gordmans off-price stores during 2020,” said Stage spokesperson Blakeley Graham.

As an off-price retailer, Gordmans purchases overstock merchandise from popular brands and offers it at lower prices, a model that has also found success with stores like TJ Maxx.

At Gordmans, customers could find some of the same brands carried at Peebles, plus more, Graham said.

“Stores receive fresh new merchandise deliveries weekly, so there will always be something new to discover at Gordmans when it comes to name brand apparel, home decor, footwear, gifts, accessories, fragrances and more for the entire family,” she said. 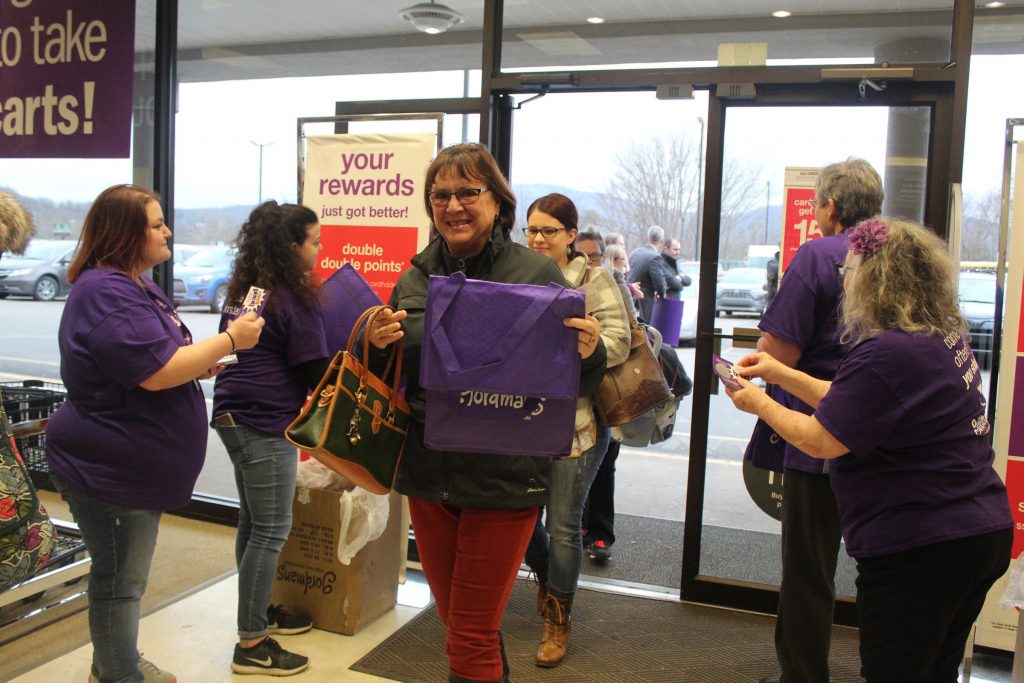 Gordmans associates in Tunkhannock hand out free insulated tote bags and scratch off cards to the first 100 customers.

The first 100 customers received insulated tote bags and a scratch-off card worth up to $50.

Foote, who formerly managed the Tunkhannock Peebles, was excited for a new opportunity with Gordmans, which she said has “great prices and great merchandise for all different ages.”

“There’s a huge variety of things we never carried,” she said.

Foote thanked her store associates for their service, as well as Reuben Smith, who came from another Gordmans in Hermitage, Tenn. to serve as a temporary support manager for the Tunkhannock store in its transition period.

Stores closed for about a week ahead of the Feb. 18 grand opening, and Stage converted its Peebles associates into Gordmans associates. The Tunkhannock store also held a job fair earlier this year to fill open positions.

“The new Gordmans stores will help sustain jobs, quality of life and economic growth in these communities,” Graham said.

Customers could still use their Peebles credit card or sign up for a Gordmans credit card. Also, those enrolled in the Style Circle Rewards program through Peebles won’t lose any points or rewards.