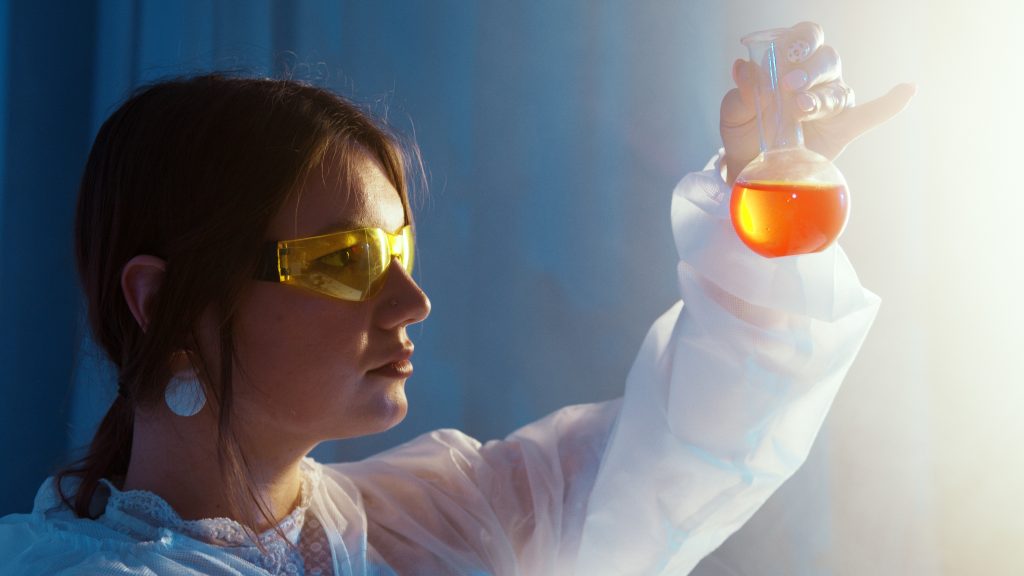 Nothing makes me more angry than misinformation and fear-mongering.

Last week, I saw half a dozen women share a viral Facebook post, terrified of what was in their shower. The post was about a class-action lawsuit against Unilever (the parent brand of lots of beauty companies) over two specific shampoos — TRESemmé Keratin Hair Smoothing Shampoo and TRESemmé Keratin Smooth Color Shampoo — that, allegedly, caused consumers’ hair to fall out on top of “other health concerns.” The post names the ingredient DMDM hydantoin, a formaldehyde releaser (aka formaldehyde donor), as the culprit.

“Formaldehyde is a well-known human carcinogen that can cause cancer and other harmful reactions when absorbed into skin,” the Facebook post reads.

It also contained photos of about 60 different hair products that also contain DMDM hydantoin and other formaldehyde releasers.

I have to be honest with you that whenever I see these kinds of viral posts, they feel icky to me. Every person has the right to make their own decisions about what they use, but posts like these send people into an absolute panic — especially when I assume the poster did about 30 seconds (or less) of Googling before sharing.

I needed to clear this up for myself and my friends so I did a little digging to find out the science behind this.

First, this lawsuit is real, but it’s important to note that ONLY the two TRESemmé shampoos above are named. The other products included in the viral post (products by Dove, OGX and Nexxus) are not. And just because they also contain this ingredient doesn’t necessarily mean anything.

What does science say?

Cosmetic chemists can help cut through the crap, and several podcasts, videos and posts by beauty scientists broke down the viral post. A great example is the Eco Well, a science communication platform founded and run by a science communicator and formulation chemist, Jen Novakovich, who did the work to clear up misinformation on its Instagram account.

I trust the Eco Well because it’s for cosmetic scientists and consumers, by cosmetic scientists. It’s also not completely against the idea of “greener” cosmetics — each year, it hosts Green Beauty Night, with the goal of bringing “more science into the conversation of sustainability in personal care.”

What is DMDM Hydantoin?

DMDM hydantoin is a formaldehyde releaser. A preservative, it’s been used in cosmetics for years, the Eco Well wrote in a caption.

It releases trace amounts of formaldehyde over the shelf life of a product in order to keep the product safe for use. Basically, preservatives like formaldehyde have the specific job of ensuring your products don’t turn in color, start to smell bad or, at worst, grow mold or bacteria that can be harmful to you.

Formaldehyde might sound scary, but it’s all around us. It’s a naturally occurring substance in our environment and most living things, humans included, make small amounts as part of normal metabolic processes. For reference, there is just as much formaldehyde in a pear (organic or not!) than would be found in any finished personal care product with DMDM, the Eco Well said.

If any formaldehyde in your body at all scares you, please remember that the dose makes the poison. It’s actually the main tenet of toxicology — the study of toxins — called the Paracelsus Principle: “All things are poison and nothing is without poison; only the dose makes a thing not a poison.” Water is amazing for us, but too much water is toxic for our bodies.

Besides, independent scientific panels including Cosmetic Ingredient Review and Scientific Committee on Consumer Safety as well as numerous studies by the International Journal of Toxicology have deemed formaldehyde safe to use in quantities up to 0.2% in products, and these parameters *must be* followed when formulating cosmetics.

“Yes, there have been studies showing (formaldehyde releasers) can result in some mutagenicity – but only when used at a much much higher concentration than you would ever be exposed to with your cosmetics,” the Eco Well posted.

A lot of times, this is when people will ask “But if I use five products made with (insert formaldehyde donor) does that mean I’m being exposed to five times the amount?”

The answer is no. Repeated exposure to formaldehyde releasers as well as exposure to other products that might contain these preservatives are both taken into account when those regulatory levels (not above 0.2%) are set, the Eco Well said.

Also, just for peace of mind, it’s against the law for a cosmetic to contain any ingredient that makes it harmful for customers when used according to directions on the label, or in a way that should reasonably be expected by consumers. There’s also a full list of prohibited ingredients in cosmetics.

The bottom line: these scientists know what they’re doing and have actual research and years of studies to back it up.

Another thing that turned me off to this viral post is that it links to the Environmental Working Group (EWG) for more information on DMDM hydantoin. If you’re not familiar, the EWG and its “Skin Deep” ratings (or how “harmful” an ingredient can be) has a history of being problematic and is brushed off by actual scientists. When George Mason University surveyed about 1000 members of the Society of Toxicology (a professional association of toxicologists) in 2009, almost 80% of them felt that the EWG overstated the risks of chemicals. (And that was way before the “clean” beauty boom.) The Eco Well did a breakdown of some discrepancies in the EWG’s rating system and more.

So what’s up with the hair loss?

Not cleansing well or often enough can cause buildup on the scalp, which blocks and clogs the hair follicles and can cause itchiness, crusty sores, inflammation and even hair loss.

From my own experience, “keratin” treatments are supposed to facilitate shiny, smooth hair. They can backfire and actually just coat the hell out of your hair, causing the above. Too much protein over a period of time (keratin is a protein) also can cause damage, according to the Eco Well.

If the product is causing hair loss, “it’s highly unlikely that it’s from their preservative,” but, more likely, from not being cleansing enough and leaving that buildup on your hair and scalp, said the Eco Well.

The problem with class-action lawsuits

The Eco Well also brought up a great point about class-action lawsuits in general. Many of these cases are decided on by jurors and juries are made up of regular people, all of whom can be persuaded by a compelling story.

“Regardless of if you’re right or wrong, if you have a better lawyer, you’re probably going to win,” it added.

A lawsuit surrounding DMDM Hydantoin actually already happened to Unilever before back in 2012. A class-action lawsuit was brought against its Suave Professionals Keratin Infusion products. Instead of going to court at all, they settled and pulled the product from the market, according to Episode 249 of “The Beauty Brains” podcast. Hosts Perry Romanowski and Valerie George, both cosmetic formulators with decades of experience working in the industry, discussed that it was never proven that DMDM hydantoin was causing hair loss. Also, they discussed that DMDM hydantoin (and other formaldehyde donors) is used (and has been used) in thousands of products across the world. If it was causing an issue, we would hear about it way more often from almost every single product.

Personally, that leads me to believe that it’s probably one of the other factors above causing scalp irritation — not DMDM hydantoin. And the science supports that.

Being a smarter consumer

Listen to me carefully: There is NOTHING wrong with wanting safety for yourself and your family. However, misinformation is rampant. If you want to live a “cleaner” life, there are absolutely brands that will give that peace of mind. I don’t even think the concept of wanting safe beauty products is a bad thing — I just think we sometimes get too carried away too quickly without listening to any actual scientists on the matter.

We have to start being smarter consumers. There’s a ton of blogs, podcasts and social media accounts run by beauty professionals (board-certified dermatologists, cosmetic chemists, journalists, etc.) to help us to learn more about it and clear up any confusion. Please seek out science before throwing everything in your cabinet away.

You can find a ton of information on the internet, but if you’re not exercising your critical thinking skills, you’re doing yourself a disservice and as well as anyone who is listening to you.

And that applies to way more than just beauty.