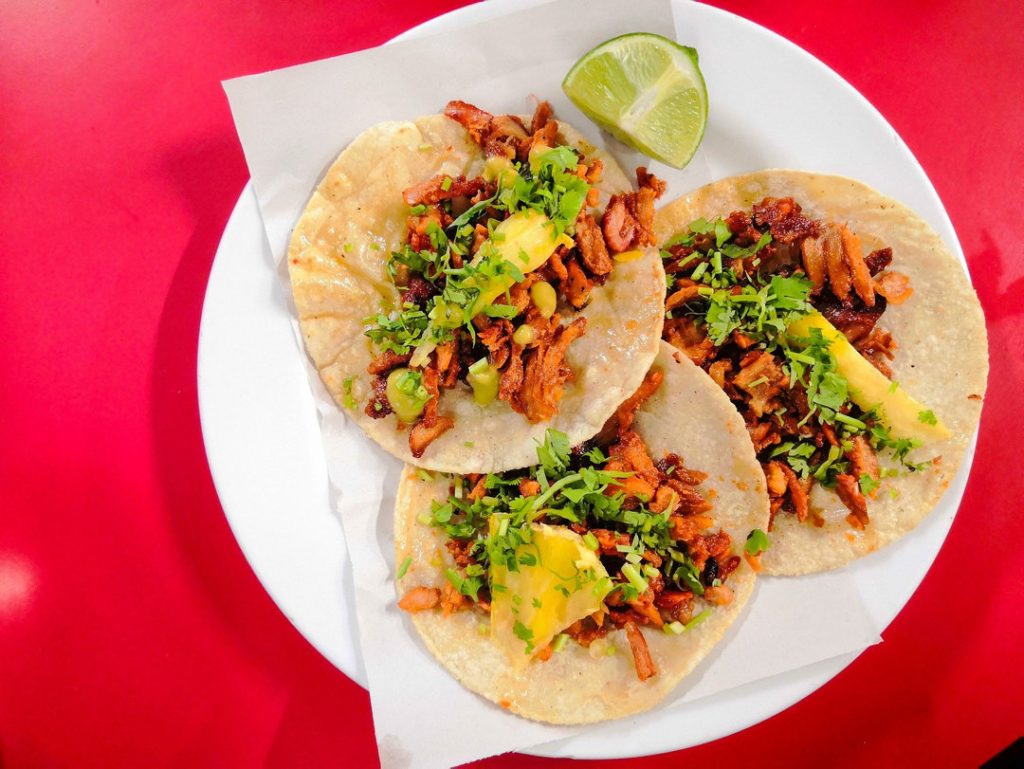 Just in time for Cinco de Mayo, I went on a search for the perfect taco, because why not?

There isn’t much that won’t taste yummy inside a warm tortilla. Brisket: Sign me up. Fish: Heck yeah. Short rib: Sure. Chicken: Even better.

Here’s what I found on my taco tour through the Poconos.

Ask anyone where to find the tastiest and most innovative tacos, and they’ll most likely direct you to Zack’s Taco Shack. Having tried their shrimp variety for the first time last spring, I decided to expand my palette and get something new.

Enter the beer braised taco. Marinated in Yuengling Lager, this double wrapped tortilla (all of the shack’s tacos come in twos) was garnished with cheese, tomatoes, and owner Zack Gocek’s signature spices and oils.

The end result: I am not big on brisket (it had to be my second or third time — ever). Well, I wasn’t until now. Who knew it was so delish. Blame it on balance of queso blanco, cilantro, and those other secret ingredients that Gocek has perfected over the years. The brisket had me wanting another, so next I tried the mahi-mahi taco. To be honest, not since I’ve lived in South Florida had I devoured a fish taco so fast.

The verdict: Again, it’s those spices and oils that makes Zack’s taco come to life. No wonder there was a line out the door. Go here.

Move over, margaritas. You can pair tacos with wine instead.

Rogue Tacos, the resident taco makers at Blue Ridge Vineyard and Winery, serve tortillas filled with meat, poultry and tofu. Its secret weapon is the short ribs version. It had me at first bite. Seriously, splash a little lime and go on in. Slow cooked to perfection, the ribs are tender and the spices are set up just right.

All the tacos come with your choice of pico de gallo, rogue slaw, pickled pickled jalapeños, queso fresco or gaucamole. My tacos were simple and topped with the queso and pico de gallo.

The verdict: I also tried the chicken, which was just as good, but I’m sticking with the ribs. I recommended a try if you’re heading to the winery or since they are a catering company, hiring them for your next shindig.

No surprise that the family-owned restaurant, which has been open for about a year, is one the most popular on HungryWeDeliver.net. But don’t only order to-go. It’s a worth the trip just to check out the décor (notice the potrait of Virgen de Guadalupe by the cashwrap and colorful paintings in the back dining area).

On my jaunt, I ordered the al pastor (pork tacos) which costs $5 for two. For those who don’t know, the secret to making pastor is to marinate thin slices of pork in a mixture of guajillo chilies, which turns the pork into a bright red, achiote delight. My pastor tacos were cooked the right way. I dug the fresh cilantro, the hint of onion and pineapple and the homemade tortilla. I topped mine with a little salsa verde and a splash of lime.

Quick history lesson: Pastor originated in Puebla, Mexico by Lebanese immigrants in the 1930s, who introduced the region to shawarma, a Levantine Arab dish consisting of lamb cut into thin slices and roasted on rotisserie (not unlike the pork tacos made today).

The verdict: If you like tacos, visit Taqueria. But you’ll also find other authentic eats on the menu such as mole con pollo and enchiladas con carne.