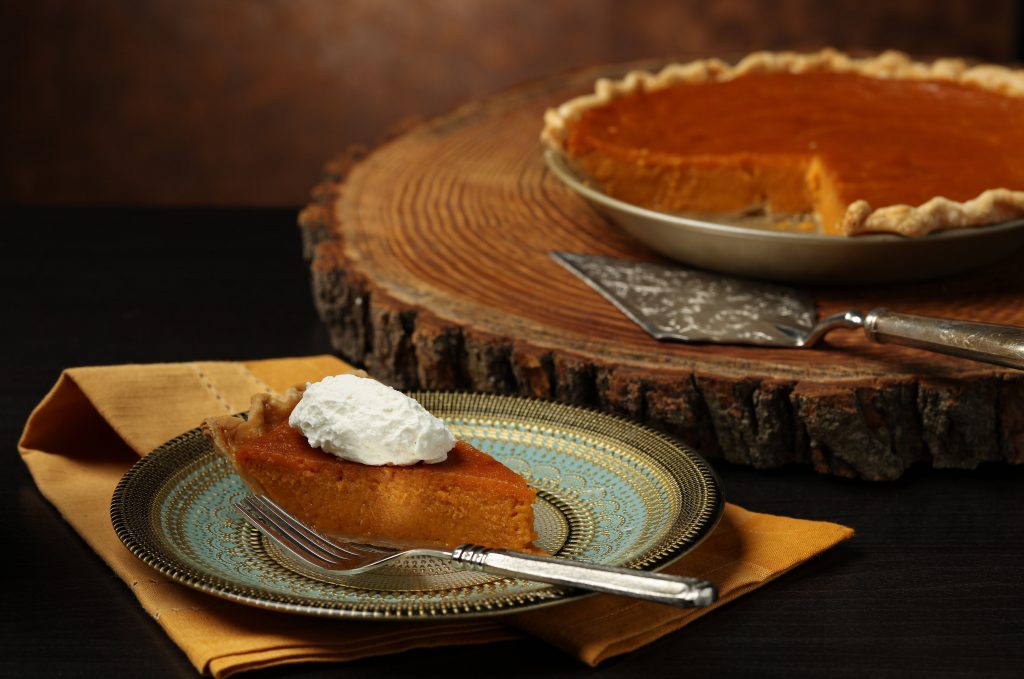 It’s time to start thinking about what you’ll be making for your friends and family this holiday season. And what’s a holiday meal without pie? As satisfying as it is to say you made an entire pie from scratch, sometimes it’s just easier to focus on the filling and lean into the convenience and speed of a store-bought crust.

We all love pie, of course. Or at least 76% of us do, according to Mike Kostyo, trendologist at Datassential. And it turns out, most U.S. consumers eat their pie at home rather than a restaurant — 68% of consumers purchased their last pie at a store or made it from scratch. Of those, 22% used purchased crust or filling. The crust is the most important factor for consumers when choosing a pie to make or eat at home, with 71% saying that they look for a flaky, high-quality crust.

We decided to help you skip the hassle of choosing that crust by trying 11 brands that you can find in the refrigerated section at your local grocery store. This taste test, like our others on ranch dressing, sparkling water and hot chocolate, was a blind tasting, which means that participants did not know what brand of pie crust they were trying.

The first round of tastings were just the plain crust with no filling, baked according to package directions. We also included gluten-free crusts in the mix to be inclusive of people who have food sensitivities. Participants were asked to comment on the appearance, aroma and flavor of the pie crust, and to also consider how the crust would hold up to a filling.

After the results of the initial plain crust came in, we did a second taste test, trying the top three contenders with a sweet potato pie filling, to see how they held up when filled. Tasters examined the structural integrity of the pie, how the crust tasted with a filling and if it would fit the requirements of convenience that we look for in a store-bought crust. Our test kitchen chef, Shannon Kinsella, also provided notes at the very end that helped us determine our final results.

We bought pie crusts from Aldi, Jewel-Osco, Trader Joe’s, Whole Foods and Cermak and the prices listed are what they are priced normally, without any promotions or discounts. And don’t miss the recipe at the very end that we used for the filling test: A sweet potato pie from “Son of a Southern Chef: Cook with Soul” (Avery, $25) by Lazarus Lynch.

See the results below, listed from worst to best. And let us know what product we should try next.

This pie crust received some pretty harsh comments from our tasters, who used words like “nasty,” “artificial,” “sour” and “lifeless.” Even though it was one of the most expensive pie crusts we tried, all the tasters agreed that it was oddly salty with an unpleasant metallic flavor. More like a floppy cracker, this pie crust received criticism for being too dry and looking oddly pale. ($8.49, one crust)

“I hate this pie,” one taster wrote. Another described the Trader Joe’s crust as a sticky, sweet industrial accident, while others complained about a bait-and-switch — looking appetizing but tasting raw and undone despite it being baked according to the package instructions. ($3.49, one crust)

Tasters complimented the shape of the Wholly Gluten-Free Pie Shell and said it met their textural expectations, but this crust from Whole Foods fell short when it came to taste. It was too dry and broke apart easily. One taster even said it got stuck in their throat when they tried it. ($5.49, one crust)

While Wewalka’s crust received compliments for its flakiness and buttery flavor, some tasters said this contender reminded them of pita bread. It had a yeasty flavor and even had pockets like pita bread. One taster said it smelled like sweat. ($2.08, one crust)

This was another pie crust that many described as more cracker than pie crust. One taster said it had a beautiful crimp and held together well, but overall was not memorable. Most said that this was the quintessential store-bought pie crust, so you won’t be fooling anyone if you pick up this one, but at least it would work well with a filling that had a strong flavor. ($5.49, one crust)

“This smells like your grandmother’s shame,” one taster wrote. But other tasters enjoyed the Signature Select crust, saying it had a flaky and buttery flavor with a salty finish, despite it looking like a “cheap cracker.” Others said it was too brittle and shattered in the pan, but it received compliments for its light browning on the edges.($2.99, two crusts)

Tasters praised Pillsbury’s crust for its pretty golden color, flaky layers, lovely smell and buttery flavor. However, others said it was mostly bland with salty edges, like a baked potato skin. Some tasters said the crust looked the most homemade of the bunch, but wouldn’t add anything to the final pie itself.($3.29, two crusts)

“This has the short crust, crumbly texture I’m looking for in a pie crust,” wrote one taster. Some criticized the Bake House Creations crust for smelling like bread and tasting like a cracker, but others complimented it for its sturdiness and its homemade appearance. However, one taster said it looked like it was “trying too hard” and another participant was put off by its odd yellow hue. ($1.49, two crusts)

Tasters complimented the Pillsbury Deep Dish crust for looking expensive and handmade and smelling buttery, and a slight sweetness that wasn’t offensive. Some tasters had concerns about it breaking apart “like it was put through luggage check at O’Hare” and their concerns proved valid when it came to the final round. Despite being one of the top two contenders, this crust bled into the filling, rendering the overall pie mushy and flaccid with a soggy bottom. ($3.65, two crusts)

Another top contender, Trader Joe’s regular crust had a rich, brown appearance and a shortbread sugar cookie finish that was polarizing. Some loved the sweetness and others hated it, saying that it was not a pie crust. “It looks like it would crumble under filling but who cares when it’s so tasty?” one taster said. In the final round filled-pie test, we saw that the pie crust required additional rolling out of the box because it would come shattered in pieces, despite following defrosting instructions. The crust itself was also larger than a standard pie tin. ($3.99, two crusts)

Although this one looked like a “frisbee meets pie crust,” this contender received high marks for its butteriness and flakiness. With a slight sweetness, this pie crust resembled more of a cookie to some tasters, some of whom enjoyed the flavor despite its slight gumminess when chewed. This one was the ultimate winner because it was unfussy and had consistent result. Although the pies were smaller than standard pies, one batch of filling would be enough to fill both pie crusts, which we considered a win. ($2.32, two crusts)

This recipe comes from “Son of a Southern Chef: Cook with Soul” (Avery, $25) by Lazarus Lynch, who gained fame from his Instagram account of the same name and went on to host cooking shows. In the book, he introduces the pie this way: “Have you ever tasted Patti LaBelle’s sweet potato pie … haha?! I must say, for a store bought pie, it is legit! Her biggest fan, James Wright, made a video about it on YouTube that went viral (it’s worth watching). You can make this pie without the nuts and still be an awesome human! James, if you taste this pie, I welcome your review LMBO!” For our pie crust tasting, we didn’t use Lynch’s gingersnap crust, of course, but we’re providing that here.

Note: This might seem obvious, but when I say “sweet potatoes,” I’m talking about the long oval, brownish-skinned, orange-flesh sweet potatoes; not yams.