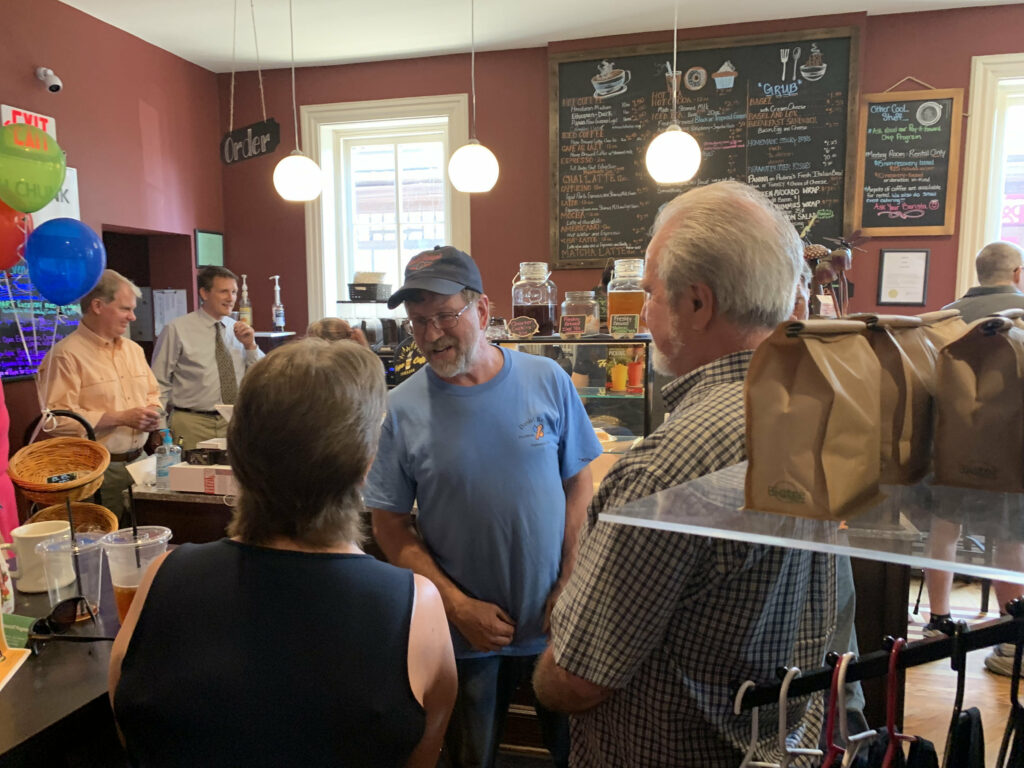 The founder of Hope & Coffee proudly talked about how the shop has been changing lives for the better since opening a year ago.

The shop at 137 Pine St. offers those struggling with addiction and recovery a new start. And as such, some of its employees are recovering addicts.

One employee recently regained custody of a child, she said. Several have enrolled in job training programs. One is coaching Little League baseball and another volunteers at a Vacation Bible School. And five former employees have gone on to begin successful careers.

She came up for the idea for the shop almost three years ago. It was a way, she said, to let people know that those recovering from addiction are no different than them.

Scheller said she knows that some of the stigma that surrounds recovery is dissipating, thanks to Hope & Coffee.

The shop’s manager, Loren Collura, has been at the job since day one.

“I’ve said it before and I’ll say it again, I have some of the best employees I’ve had in my 15 years of working at restaurants,” she said. “Every single person that has ever worked here or currently works here has been a true part of who we are and our growth — and hopefully we’ve been a part of their growth as well.”

Scheller’s dream to have a social and alcohol-free place was backed by the Tamaqua Area Community Partnership.

Micah Gursky, partnership director, referenced Hope & Coffee’s mission, which is to change the conversation surrounding addiction and recovery. While he didn’t ask for a show of hands, he asked attendees to think about whether they’ve discussed the topic recovery within the past year.

“You probably did. It would be pretty hard not to. There’s a whole community outside this building right now who also have had that type of a conversation,” Gursky said. “And so we’ve really been changing hearts and minds and opening up people to understand what it means to be in recovery, and what it means to be a community that supports recovery.”

The well-attended event was held on the first level, where a sign reminded folks that they can meet on the second floor for recovery or community meetings.

“Every one of us, me included, we know the struggle, We’ve hit rock bottom. And rock bottom is a very hard place. But a rock is also a solid foundation to rebuild and to reclaim our lives. And that’s what this place is about,” Scheller said.