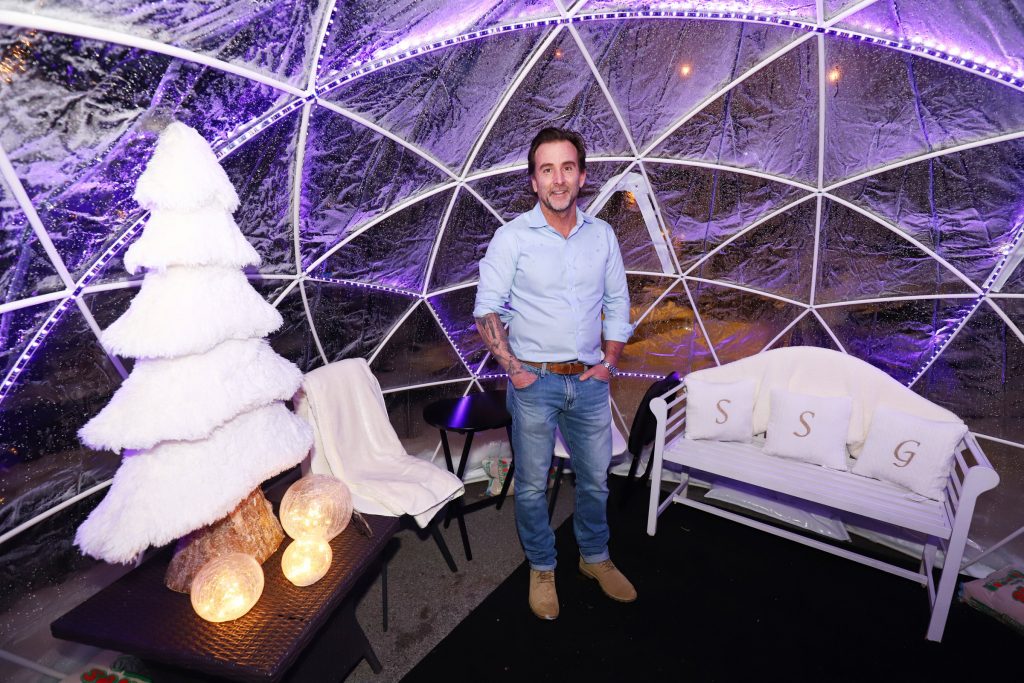 The foursome from Clarks Green emerged from one, leaving the warmth inside for the open air.

“It was our first time. It was so cool to see the snow falling as we were eating underneath the tent … it was cozy,” said Maggie Davis, who was checking out State Street’s newest attraction, the so-called “igloos” with her husband, Chris and sons, Paulie, 8, and Patrick, 5.

“I can’t take credit for the idea, but for recognizing it,” he said, explaining how a New York City restaurant with rooftop dining inspired him.

He’s got one communal dome where guests can have stop for a drink or wait for a table on busy nights.

A cocktail igloo seats about a dozen with portable dinner trays and a low table in the center for drinks and appetizers. The two near the front seat up to eight guests who want to enjoy a full meal outdoors.

“They can handle any element and temperatures, I think, into the negatives,” he said. “We’ll run them all winter.”

They’re rated for winds up to 40 mph. They get downright balmy when the sun’s out. At night, he heats them with portable heaters that do a nice job controlling temperatures.

They’re decorated with ropes of color-changing LED lights. Each seat has a light blanket, neatly rolled, just in case.

Parties of six or more can reserve one of the two dining igloos Monday through Thursday for a maximum of two hours.