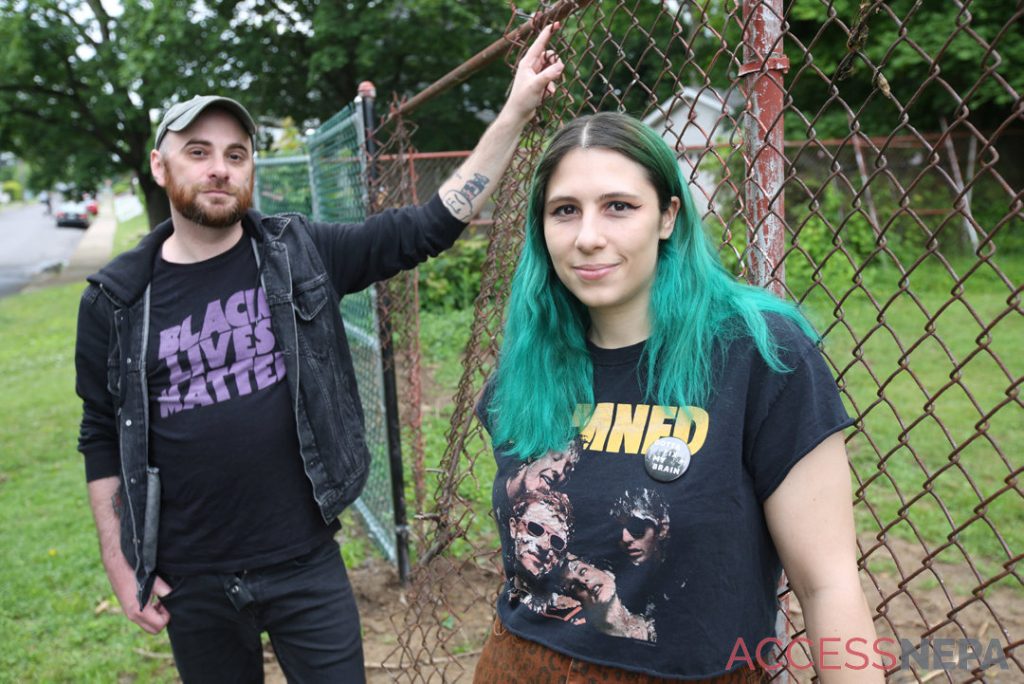 Summer can be spooky, too.

Just because it’s not Halloween doesn’t mean Northeast Pennsylvania isn’t ready for some chills and thrills. The NEPA Horror Film Festival and the Scranton Punk Flea Market + Zinefest will team up once again to present Spooky Summer on Saturday, June 12, at noon at Circle Drive-In, 1911 Scranton-Carbondale Highway, Dickson City.

Similar to its sister event that takes place in the fall, the horror film and flea market event features a double-feature screening of “Rock N Roll High School” and “Ice Cream Man” along with dozens of art vendors; live music; a meet-and-greet with Clint Howard, who stars in both featured films; and more.

Jess Meoni, a dedicated community organizer who hosted the flea market and zine festival in some capacity for years, had always helped with Bobby Keller’s horror film festival, and the two decided to combine their events last October. Hosting a smaller event in the

summer was “another way to bring people out and celebrate the independent arts culture here in Scranton,” she said.

“With the right safety precautions and protocols, I think many folks are finally ready to engage in entertainment,” Meoni added.

Tickets cost $20 for single admission and $75 per carload and are available at nepahorrorfilmfest.weebly.com. For more information, visit the NEPA Horror Film Festival or Scranton DIY Punk Collective on Facebook or the event’s Facebook page.

Local electronic artist Quoth will kick off the event by spinning a mix of punk, post-punk and goth tracks. Then, the crowd can catch live music from acts including Wife Swamp, World Breaker, Unstable Minds and a reunion performance by Scranton-born band the SW!MS. Meanwhile, guests can peruse goods from 60 artists, makers, collectors and zinesters, some local and some from Philadelphia, New York and New Jersey. There also will be a Riff Randall lookalike contest, and the best costume inspired by the “Rock N Roll High School” character will win $50 and a gift box of punk band Ramones merchandise.

Film screenings begin at approximately 8:30 p.m. with cult musical comedy “Rock N Roll High School” followed by slasher horror film “Ice Cream Man” at about 10:30. Both films have fun and nostalgic summertime qualities to them, Meoni said, and she and Keller are big fans of the Ramones, who heavily feature in “Rock N Roll High School.” Plus, both films star celebrity guest Howard.

“I’m personally really excited about Clint Howard,” Meoni said of the actor who has also appeared in dozens of films and TV shows. “He’s a legend in the film industry and has been acting since the 1960s, so it’s going to be a surreal experience for me for sure.”

During an intermission between screenings, several short films submitted by independent filmmakers will play, as will a video tribute to the late actress and past festival guest Beverly Bonner. There also will be a tribute video to late local photographer Alex Seeley, who Meoni said frequently attended the festival and was an integral part of the regional art scene.

Both she and Keller believe the event serves as a way to showcase and promote the creativity of artists from the local area and beyond, and it gives horror lovers a chance to embrace the strange and unusual outside of Halloween.

“My hope is always that our patrons have a memorable time at the event, that it opens them up to all the great local alternative artists we have here in the DIY scene and that they have a fun time watching the music acts and movies,” Meoni added. “It’s a full day with something for everyone.”