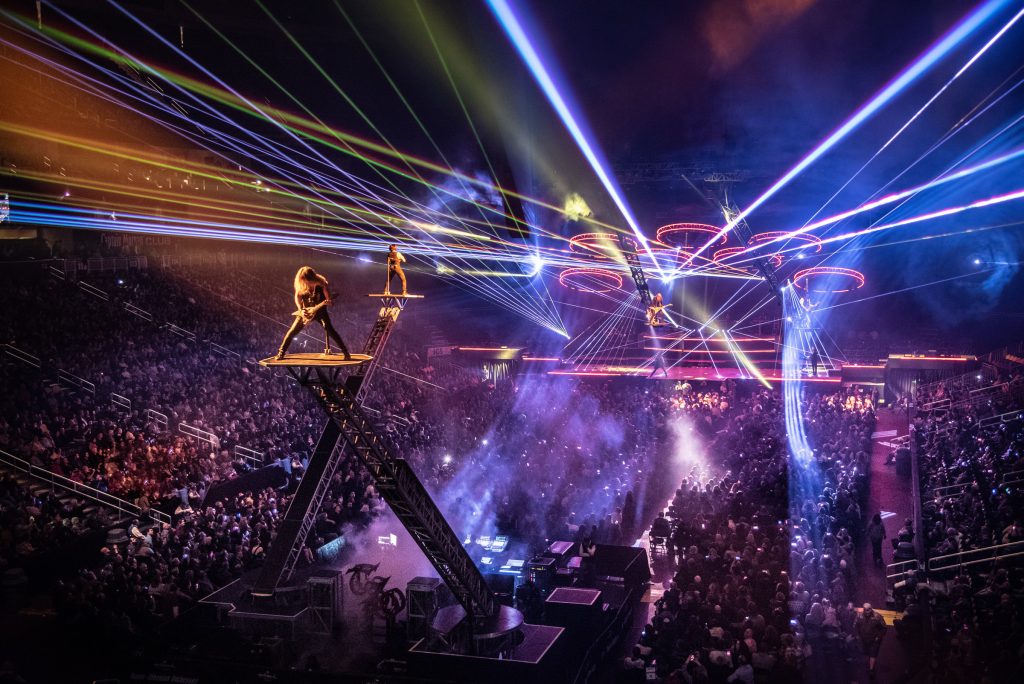 Scranton native busy behind the scenes with Trans-Siberian Orchestra

TSO returns to the area with its latest, “Christmas Eve and Other Stories,” for a pair of concerts at 3:30 and 8 p.m. at Mohegan Sun Arena at Casey Plaza, Wilkes-Barre Twp., on Friday, Nov. 22.

Pettinato lends his organizational and leadership talent to the fall/winter tour, pulling from years of experience on the road with a variety of artists and performers, including Gwen Stefani and No Doubt, Backstreet Boys, Pink, Nine Inch Nails, Alanis Morissette, New Kids on the Block and more.

Though his line of work has taken him across the globe, Pettinato has always maintained his residence in Northeast Pennsylvania, where he first gained exposure to the world of dynamic sound and lighting for live shows. 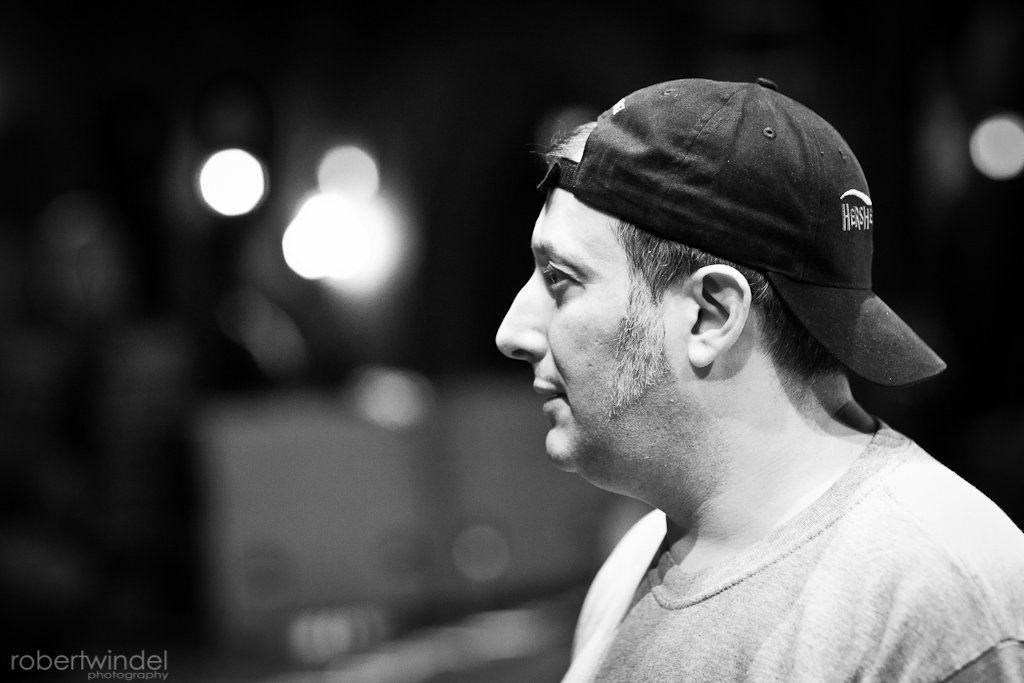 ROBERT WINDEL PHOTOGRAPHY / CONTRIBUTING PHOTOGRAPHER
Scranton native Jimmy Pettinato has crossed the globe as a production manager for numerous stars, and has been part of TSO’s annual tour since 2011.

A graduate of Scranton Central High School and the former Williamsport Area Community College, Pettinato discovered the music business during the summer between high school and college, when his cousin’s band hired him to help set up their equipment for $15 a night. Throughout college, Pettinato came home frequently to work for bands.

“During that time, as I kind of realized this is kind of cool, I thought I might want to expand and learn more about it,” he said.

He signed up for theater classes at Marywood College, and while he thought the instructors there were great, he found real-world experience to be a better teacher, and so he dropped out to join the staff at North East Stage Lighting in Jermyn and continued gigging with local bands.

When popular Pennsylvania group Harpo invited Pettinato to try out to be its lighting guy, he saw a great opportunity to join the full-time working band on the road, and jumped at the chance.

“This would be a big deal at that time. They were a working band playing five days a week all over the Eastern seaboard,” Pettinato explained. “My entire family is in the construction industry, so no one got it. No one has roots in music at all.

“It was like literally I may as well have joined a carnival or the circus,” he added with a laugh. “It just seemed like fun. That began the road, and in four years working there I learned how to gig, how to go out and do shows every single day of the week.”

When Harpo expanded and members formed new group Dirty Looks, which got signed to a major record deal, Pettinato followed and met a whole other line of people who worked with big-name bands. After a time, Pettinato was hired by New Wave-superstars A Flock of Seagulls, and began a career of moving from one band to the next to stay in work throughout the year.

“It’s very word of mouth. You meet people and if you do a good job, they recommend you to others,” he said. “It’s a very gypsy-like environment.”

Next Pettinato worked for Spin Doctors, and it was around this time that his job morphed from lighting designer to production manager. 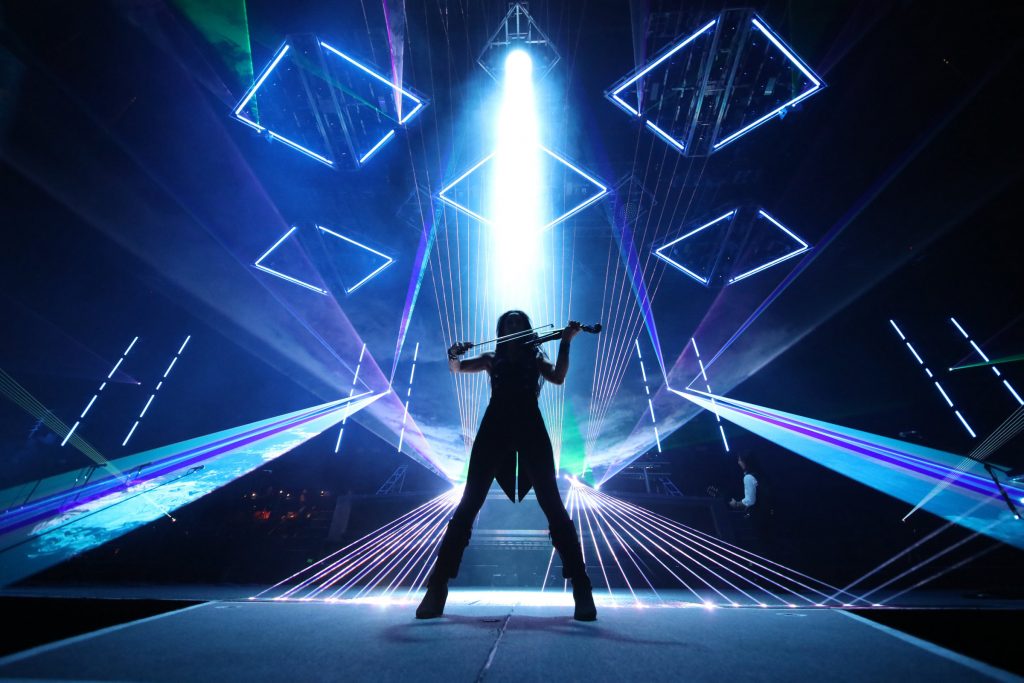 “In those days that meant you were the guy who was responsible and didn’t get drunk every night and made sure everyone got on the bus and loaded up,” Pettinato said. “That blew up and turned into a huge thing, and I worked for them for years.”

Through this association, Pettinato also gained employment on tours for the likes of Joan Osborne and the Fugees and eventually No Doubt. For the next 12 years, he worked on all of Gwen Stefani’s offshoots as her production manager.

“If I look back on it, I probably enjoyed the lighting part more, but I was better at production, and you have to look inside yourself and think, ‘Where is it going to take me?’ Now, it’s a career,” Pettinato said.

He has always lived in Scranton throughout subsequent tours with the likes of Jackson Browne, Indigo Girls, Lauryn Hill, Enrique Iglesias, Goo Goo Dolls and Guy Fieri, just to name a few.

“I always say it’s the best place in the whole, wide world to come home to. It’s four seasons, it’s safe, it’s quiet, the people are nice and characters, and I like characters,” Pettinato said. “I couldn’t live anywhere else.

“There’s a very underground layer of music people in NEPA that no one knows about because they’re all roadies. I learned my chops working in bars around NEPA,” he added. “Northeast PA is a pretty blue-collar area, and people work hard here. There’s a lot of flighty people in the music business, but if you can go in with a NEPA work ethic, you can do well. I was always there, showed up on time, worked until the end and was reliable. I think those simple lessons you learn working in an area like NEPA served me well.”

Pettinato joined TSO in 2011 through his friend and colleague Steve Roman, who encouraged him to hitch his wagon to the large-scale production that proved to be unlike any other show he worked on.

“In our world, with TSO, because it’s recurring, you’re the coordinator for all of the live elements of the show … the trucking company, the pyro company, the lighting and staging and set fabrication vendors. Once the designer and band fine-tune the look, it comes down a step to me.”

Work on TSO’s tour begins each year in April or May, he noted, and by September, construction and assembly is underway. By the time it hits the road, TSO usually clocks in between 17 and 19 trucks — the metric by which shows are measured in Pettinato’s field — with a touring crew of about 80 plus performers, on top of another 140 or so local stagehands, riggers, loaders, runners and forklift drivers.

“There is a lot unique about it. It’s an annual thing, which gives us a tremendous advantage technically of storing information and using it going forward,” Pettinato said. “You don’t get to do that with other (artists). The other unique thing is there is no one star, no one who can come in on a whim and change everything, and that happens — it’s real. 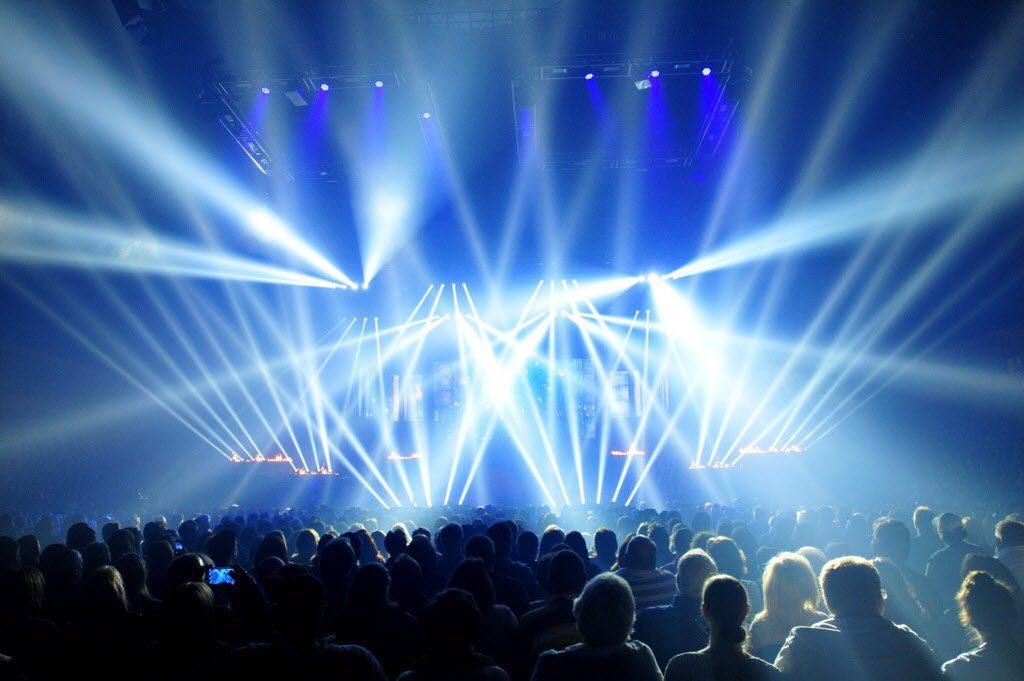 “This is an ensemble and a production company, there’s no wildcard aspect. It’s very well planned out. That’s probably the thing I love the most: they let us do our job. Every single person involved in this project is pulling in the same direction, and that is, every year we go out and do a great show. We want the crowd to come back every single year, so it’s always the goal to make every year better than the last. Which is cool. And that’s really unusual after 35 years of doing this.

“I love it. This is by far my favorite job I’ve ever had,” he said.

This year’s tour will feature new technology and things TSO has never done before, Pettinato hinted, with more than two hours of pure “eye candy” for the crowd to feast upon. And some of the guests in the audience at the Wilkes-Barre Twp. show will be quite familiar for Pettinato.

“There’s always something to look at, and the musicians are phenomenal,” he said. “My mother has never, ever, ever come to see any show I’ve ever done in 35 years, but she comes to TSO every year. She’s going to be 81, and she comes with her crew from Dunmore.

“They don’t understand they’re watching a hard-rock show,” Pettinato added with a laugh. “I get such a huge kick out of it. There’s no other context where you’re going to have a crowd from (ages) 8 to 80, and they’re all having a great time at it.”