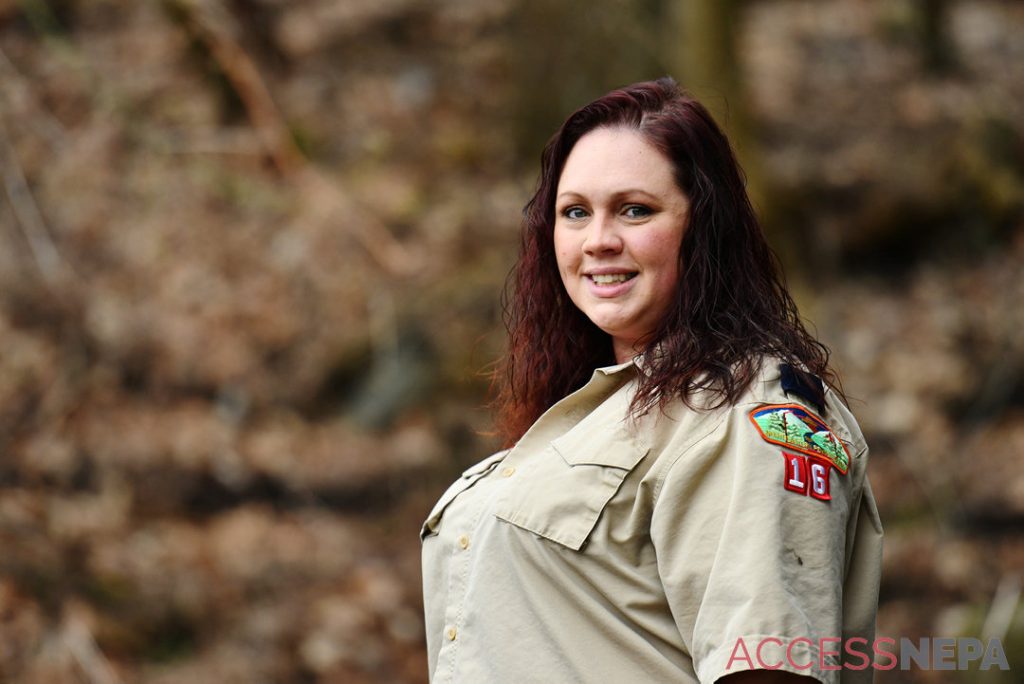 Heather Moran cares for the boys and girls of Northeast Pennsylvania just like a lioness looking out for her cubs.

And for the and mother of two, her den isn’t just at her North Scranton home — it’s also with Cub Scout Pack 16, chartered by the Northeastern Pennsylvania Council to the city’s Hickory Street Presbyterian Church. Moran leads the pack’s Lions Den, shaping boys and girls into men and women and fostering their character.

“Personally, I think (Scouts) gives the kids more of a moral learning,” she said. “Both of my kids play sports, and it’s wonderful that they’re a part of a team. But in Scouting, they have the opportunity to learn about different things and give back to the community.”

A Gouldsboro native and graduate of North Pocono High School, Moran has worked as a secretary in the business office of Scranton School District since 2009 and is an active presence in Neil Armstrong Elementary School’s Parent-Teacher Association. As PTA board secretary, Moran said she and her peers “try to make sure every year is memorable through experiences and events, (and) I think it is important to be involved with the school because the school does so much for our children. We get to help add to that.”

“I work together with three other board members and a group of fantastic parents that just want to help make each school year as memorable as possible for the students,” she added. “We all work together as a team and support each other.”

In Pack 16, Moran is keen on the ways in which scouting programs educate children in a more active, engaging way.

“My favorite thing about these programs is that the kids are doing things,” she said. “They’re out there, they’re learning a whole different set of skills, they’re interacting with the community. I’m just happy to be active in such a good program.”

Moran has led the Lions, the Boy Scouts’ program for kindergartners, for a year, but she has pitched in with pack activities for nearly four years.

“I started getting involved with my son, Tommy,” she recalled. “But my daughter was entering kindergarten, and they needed someone to fill the position, so I stepped up.”

The Boy Scouts of America has allowed girls to register in its Cub Scouts program for kindergarten through grade five since 2018, and in 2019 the organization changed the name of its older youth program to Scouts BSA to reflect its co-ed nature. For some, this decision was controversial, but Moran’s daughter, Maddie, 6, is an active girl involved in baseball and soccer who just wanted to participate in what had become a family activity.

“She loves doing all the stuff with my son,” Moran said. “She’s been going with him to meetings and doing the same things he’s done since he started.

“I think that the kids are doing just fine when it’s the boys and the girls together. Some girls just prefer to do the things in Cub Scouts. Let them.”

Moran’s husband, Tom, also is a den leader with Pack 16. With the support of her family and pack, Moran has not felt any pressure as the Lions’ female den leader.

“There have been other female den leaders,” she said. “It’s very welcomed within our pack, and the kids don’t seem to mind (my daughter) being involved. I think they’re used to her being there.”

Because of this support, Moran’s involvement with Cub Scouts has been an overwhelmingly positive experience. The other den leaders in the pack — Britt Banull, Lance Stange, Stew Thorpe and Mike LaPolla — “have given me so much support,” she said.

“It has really been a kind of family activity,” Moran said.

Furthermore, Moran believes that the Boy Scouts has done well at structuring its curriculum to serve the needs of girls who join.

“I am (involved) very early on with the girls, of course, but they are making sure that there’s female leadership, so there’s often a woman there to help guide the girls with some things,” she said. “Overall, the girls are just as included as the boys.”

Though she did not participate in scouting as a child, Moran believes strongly in its importance and its potential to grow the children’s character. She has seen it in her own pack.

“They really like doing things for other people. They wrote out Christmas cards for people in nursing homes this year — they really enjoyed doing that,” Moran said. “It’s a moral education, and it’s a very relaxed, fun learning environment for the kids.”

Moran said she just feels glad “that these kids are being given the opportunity to participate.”

“I want girls to know: anything they can do, we can do, too,” she said.