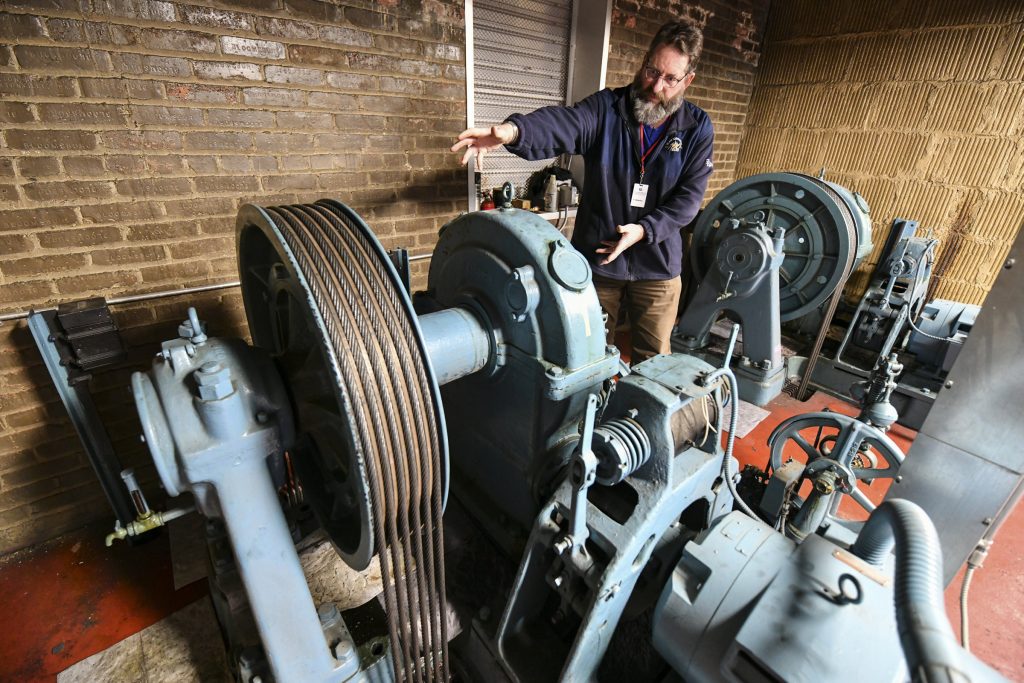 Two things stand out about the Scranton Cultural Center at the Masonic Temple’s annual campaign for 2020.

One is its purpose. It is the first yearly drive aimed at funding a specific project: the repair and upgrade of the center’s two 90-year-old passenger elevators.

The other is how much money center officials hope to raise. Although the Masonic lodges that share the building have donated $125,000 of the estimated $300,000 needed for the project, the center is looking to the community to contribute the remaining $175,000.

“It is very aggressive,” John Murray, president of the center’s board of directors, said of the effort.

The five-story landmark at 420 N. Washington Ave. has been down to just one operating elevator since October 2018.

For a building that hosts more than 80,000 visitors a year, and with events frequently happening simultaneously on different levels, a single working elevator places the center in a potentially untenable situation, Executive Director Deborah Moran Peterson said.

“We have five beautiful floors to share with the community, and we want to be accessible to the community. There are steps, but not everybody can utilize the steps,” said Peterson, who pointed out the project will ensure the center’s compliance with the Americans with Disabilities Act. 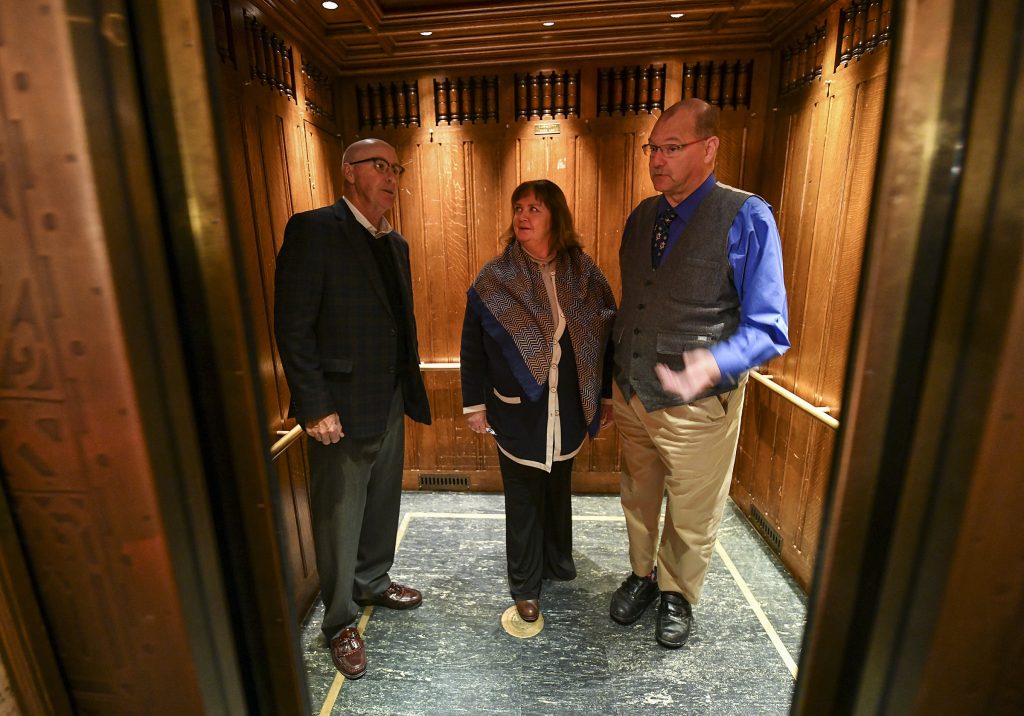 The elevator project is separate from a long-term capital project the center is working on with the state that would include the badly needed replacement of the building’s roof.

Center officials expect the state Department of General Services to announce the selection of an architectural firm to conduct a scope-of-services study of their building early next year.

The cultural center’s elevators are the original ones manufactured and installed by Otis Elevator Co. prior to the Masonic Temple’s dedication in 1930.

The elevators underwent some changes in 2003, when they were converted from hand-operated to automated, but this will be a major overhaul, said John Cardoni, center general manager.

The planned upgrade will replace every mechanical component of the elevators with the exception of the original cars and the rails on which they ride, he said. The rails were among the components replaced in 2003.

Cardoni said the center has signed a contract for the project even as the fundraising is getting underway.

The timetable calls for having the elevator that is currently out of service back in operation by April or early May, he said. The upgrades to the second elevator will be completed eight to 10 weeks after that.

“We are committed to doing it. We can’t operate without it. … There are resources available short-term to allow the work to happen, but then making us whole again will be a longer strategy,” Cardoni said.

Murray said the aggressiveness of the annual campaign speaks to the necessity of the project. Without working elevators, the center would be in “big trouble.”

“We’ve never brought in the amount of money we’re looking for this year,” he said. “We’re just asking the community to please band together and help us get those elevators up and running.”

To donate to the annual campaign, visit the Scranton Cultural Center website at www.scrantonculturalcenter.org.