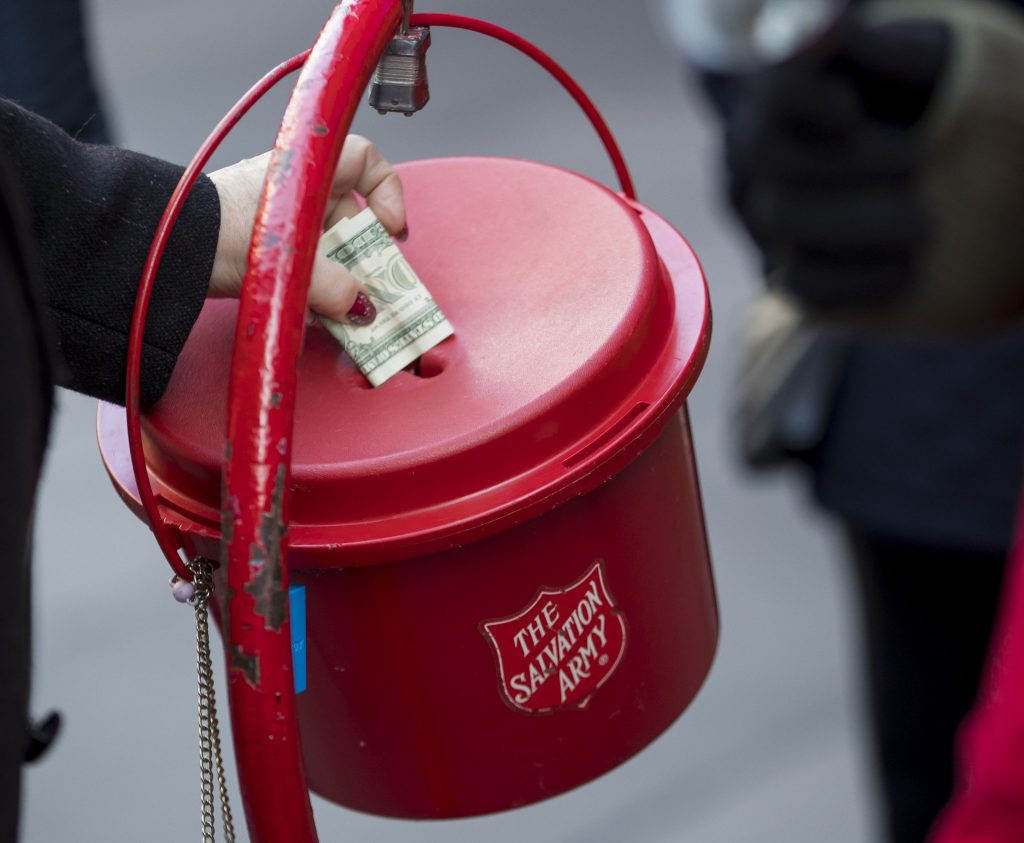 The Salvation Army is going high-tech in an effort to boost fundraising this holiday season.

Instead of digging through your pockets for loose change, donations may be made to the Red Kettle campaign on your smartphone using Apple Pay or Google Pay.

“We hope it can be a new, innovative way for people to continue to support the Salvation Army and what it does,” Maj. Bob Schmig said.

Donations to the Salvation Army of Scranton dropped in recent years because of several factors, including the closing of the Kmart locations in Dickson City and Moosic, Schmig said. After bringing in about $170,000 in 2016, the total sunk to $132,000 and only rose slightly to $134,000 last year.

The donations help local families in a variety of ways, including with heating assistance, clothing and food, Schmig said.

The kettles have been set up at several locations since Nov. 15. The program runs through Christmas Eve.

“It’s started out well, relatively speaking, but much bigger days are ahead,” Schmig said.

Many volunteers supported the cause last year, but there is always need for more assistance.

“We had more people step up who wanted to ring the bells, including families, companies and individuals,” Schmig said.