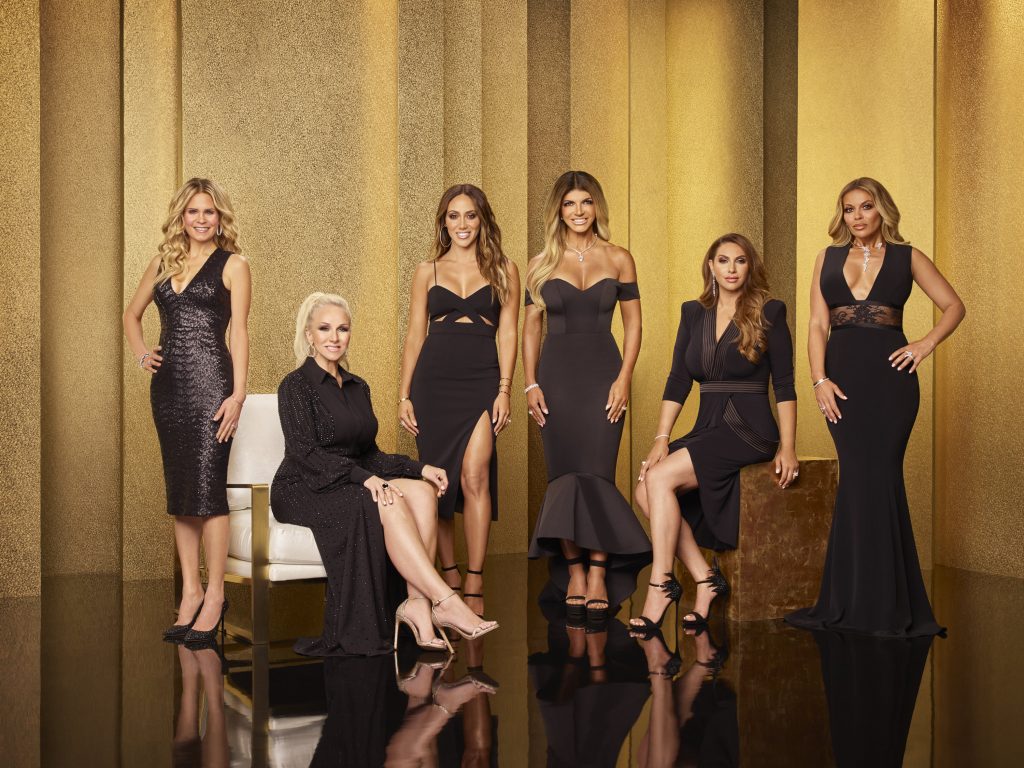 The “Real Housewives of New Jersey” is so good you might just flip a table.

When the franchise entered the Garden State, it centered on wealthy women who prided themselves on their strong Italian culture and Jersey-girl fierceness. Over 10 seasons, things only got more intense, and these women have given us some of the best TV of the past decade.

When it’s revealed that Caroline Manzo is the one who started the season-long speculation about Danielle Staub’s past of running with drug cartel members, kidnapping-for-ransom and other nefarious acts, a huge fight erupts among all the women, which also includes the iconic Teresa Giudice table flip.

Danielle attends a fundraiser for a child with cancer at the Brownstone, an event space Caroline’s husband, Albert, co-owns. Danielle RSVPs for two but, afraid of what the Manzos might do, shows up with a group of bodyguards that includes an ex-mafia soldier just out of prison and a member of the Hells Angels Motorcycle Club. They make a scene when there’s not enough room for them, and the cold war between Danielle and the Manzos rages on.

At the iconic Posche fashion show, Teresa and Danielle come face-to-face. What starts as a cordial conversation quickly turns sour when Teresa insults Danielle and Danielle brings up her rumored financial issues. As usual, chaos ensues, with Teresa and her crew chasing Danielle and her squad through the country club.

Teresa and Danielle get into it, and Danielle brings up Teresa’s rocky family relationships. This hits a nerve with Teresa, who stands up to attack Danielle. Host Andy Cohen tries to intervene, and Teresa throws him back into his chair as Danielle walks off and refuses to film until she’s guaranteed safety.

Teresa has a strained relationship with her sister-in-law, Melissa, who’s married to Teresa’s brother, Joe Gorga. After a long simmer, the tension boils over at the Gorgas’ son’s christening when Joe, sick of his sister’s actions, explodes. An all-out brawl erupts among the 200 people in attendance, revealing just how deep and troubled the family’s wounds go.

Things between Teresa and Melissa are better than ever. That is, until a man — who claims to know that Melissa used to be a stripper — shows up unexpectedly at the Posche fashion show to confront her. When Teresa’s only friend left in the cast, Jacqueline Laurita, gets word that Teresa helped orchestrate this to publicly humiliate Melissa, lines are drawn in the sand.

The entire cast, husbands included, heads to a retreat to heal their relationships. This includes those between Teresa and her brother and sister-in-law, and her cousin, Kathy Wakile. When her brother calls her “scum,” Teresa tells her husband, Joe Giudice, who then flies into a rage. The Joes, who used to be like family, have had a tense relationship for years and finally battle it out on camera in a physical brawl.

Teresa returns home after serving 11 months in federal prison for fraud. Before her husband gears up for his nearly four-year sentence for related crimes, Teresa tries to fit back into daily life with the others, including Melissa; estranged friend Jacqueline; and two new Housewives, Dolores Catania, an old family friend who still lives with her ex-husband, and Siggy Flicker, who first appears on screen post-facelift, covered in bandages and sipping lobster bisque through a straw.

The women travel to Milan with hopes that it might repair their damaged friendships. This comes after a fight at the Posche fashion show caused everyone to take sides. The plan backfires as an explosive argument breaks out, including accusations of anti-Semitism and Danielle (now great friends with Teresa) breaking glasses and causing a scene in a restaurant.

After Danielle pulls Margaret Josephs’ hair, Teresa sticks up for Danielle and turns the heat on Margaret for provoking her. Then, Danielle reveals that Teresa was the one who told her to pull it — and there’s footage to prove it. When this comes up on camera, the show breaks the fourth wall. Teresa pleads they not use the footage, throws a drink at the cameras and runs inside, furious.
In the second half of the episode, Teresa travels to Italy with her daughters to visit her husband. Joe, who wasn’t a U.S. citizen, was sent to Immigration and Customs Enforcement custody after prison and then deported. Tre and Joe come face to face for the first time in years to discuss the future of their marriage.