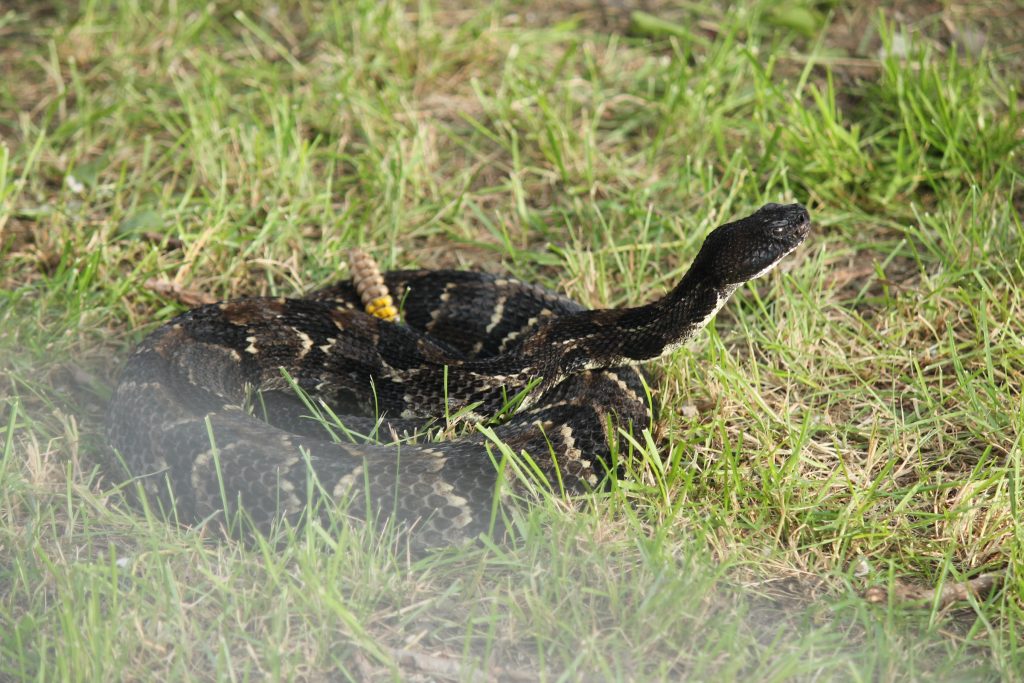 Rattlesnakes slither back to Noxen 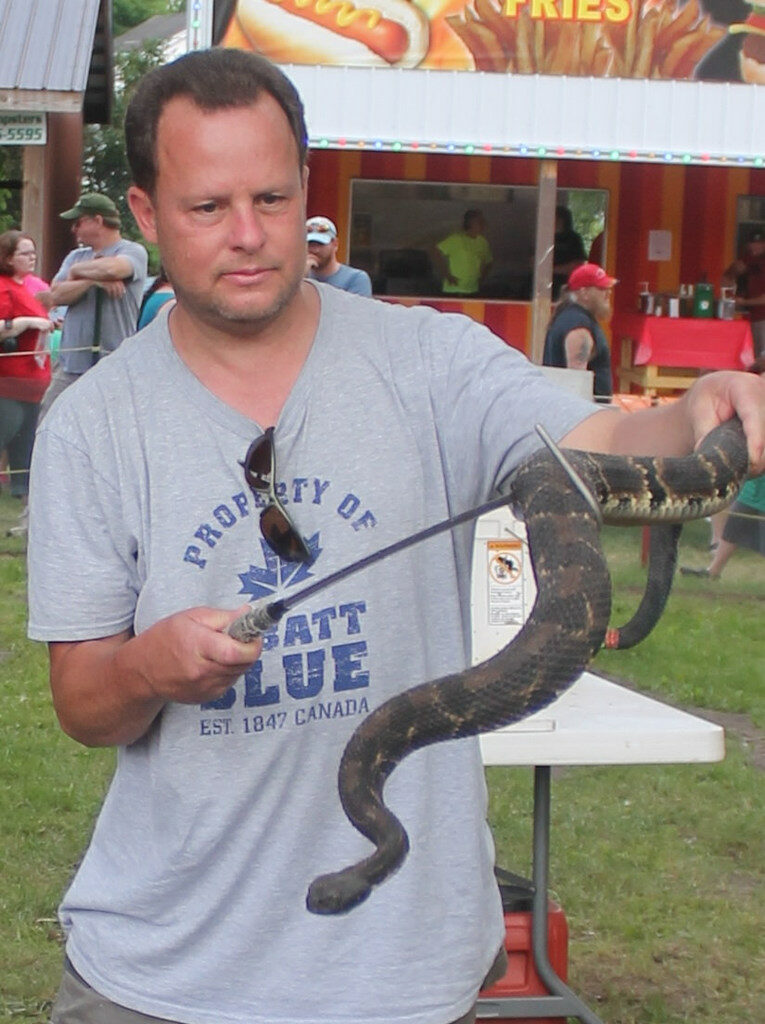 ROBERT BAKER / STAFF PHOTO
Verlin Garinger of Evans Falls shows off a specimen from the ‘snake pit’ at the 2018 Noxen Rattlesnake Roundup.

The Noxen Volunteer Fire Department is once again inviting the community to the always popular Rattlesnake Roundup, held on the Noxen fairgrounds over Father’s Day Weekend, June 13-16.

Fire Chief Lew Hackling is excited to help promote the event, which last year had wonderful weather to help the event’s great crowds … and snakes.

“We usually have between 30 and 50 hunters register each year for the hunt, but don’t have any concrete numbers yet,” said Hackling. “Registration is open Friday, but you have to register before you hunt.”

This year, he is hoping for the same weather to encourage the community to come out to Noxen and experience the Roundup firsthand.

“The economy is up, so hopefully that equates to spending being up,” he said.

Hackling participated in the very first Rattlesnake Roundup in 1972 as a 10-year-old boy.

“Things have changed since that first one,” he said. “We are more about the education, the ecosystem, and respecting the snake and its habitats.”

The highlight of the Rattlesnake Roundup is the slithering guests themselves.

The actual “rounding up” part of the roundup will be for any snakes in the area, that are not endangered or a candidate for the endangered species list.

All hunters must be licensed by the Pennsylvania Fish and Boat Commission and bring their own equipment.

Also, female snakes are not allowed to be captured.

“We have come along way in identifying the snakes, so we can tell which are the male and females. We don’t want to capture females because the Rattlesnake population is in danger,” said Hackling.

“We award prizes for different categories. One of them is ‘most species,’ and the winner will usually have between six and 10 different types,” said Hackling in a previous interview.

All snakes brought in are tagged with a chip, like the ones used for dogs and cats, so the handlers can monitor the snakes and use the information for educational purposes.

Hackling added, “We usually have a 10-15 percent recapture rate of the rattlesnakes. All snakes are returned by sunset on Monday to their dens or area they were captured in.”

There are educational talks throughout the event, and free raffles for the kids that include snake posters full of information. People are encouraged to ask questions and actively discuss the star attractions.

Noxen Volunteer Fire Department, along with multiple handlers inside the snake areas, are responsible for safety of both the snakes and people.

“During the carnival, the snakes are in an area with a three foot high chicken wire fence with snake handlers in the fenced off area with them. There is then a roped off safety zone back from the fence. The snakes are locked in a cage at night,” explained the chief.

Along with the main event, the weekend will feature plenty of food options from funnel cake to pierogies, not to mention the clams and beer tent.

“The beer tent and clams are a big attraction,” admitted the chief.

The grounds open at 6 p.m. on Thursday and Friday and at 1 p.m. on Saturday and Sunday.

Madman Mike will DJ at 1 p.m. on Saturday, while Ray Phillips Sight and Sound can be heard Sunday at 1 p.m.

The Fire Department parade will be Saturday at 6 p.m. and all activities will conclude with a fireworks display Sunday around 9:30 p.m.

But for those interested in the featured attraction, have no fear.

“The best time to see the snakes would be Saturday late afternoon and early evening, around 4 to 8 and on Sunday,” Hackling said.

Also, local vendors and artisans, both returning and new to the event, will boast their wares.

“We certainly have something for everyone,” Hackling said.