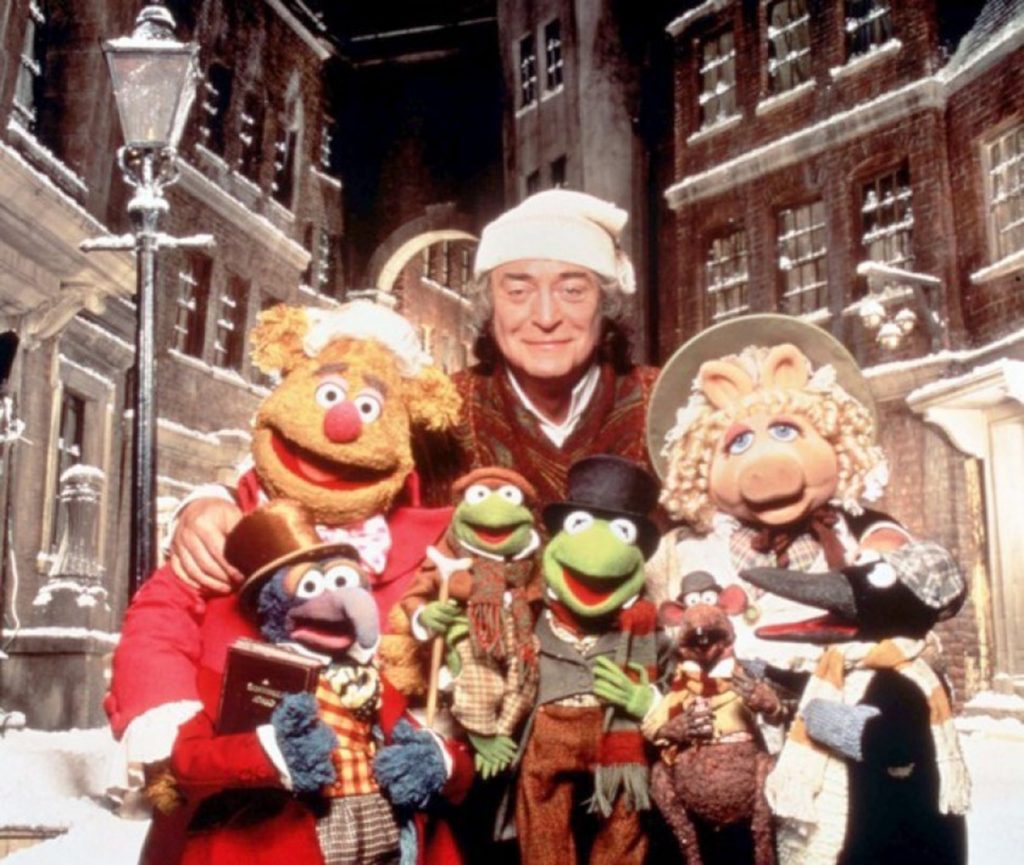 Ranking our favorite versions of ‘A Christmas Carol’ 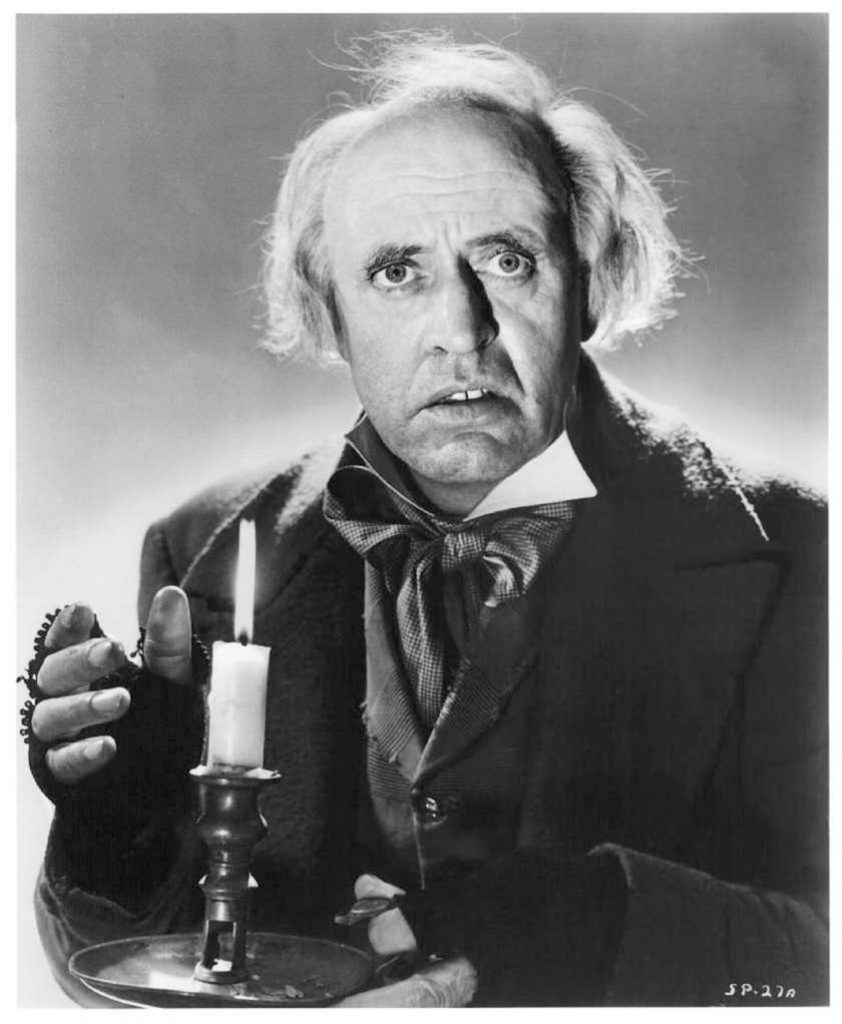 AMERICAN MOVIE CLASSICS
Alastair Sim as the definitive Ebenezer Scrooge in the 1951 film, “A Christmas Carol”

When it comes to Dickens’ classic “A Christmas Carol,” how do you like your Scrooge served?

Are you partial to the dramatic British version starring Alastair Sim, which has brought a tear to many a viewer’s eyes? Or maybe you prefer your Scrooge spiked with a dose of merry mischief like Bill Murray delivers in “Scrooged.”

“A Christmas Carol” performed by puppets never fails to charm, as evidenced by the huge popularity of “The Muppet Christmas Carol.” It’s hard to resist the scenery-chewing Scrooges of George C. Scott and Patrick Stewart in their respective versions. Mickey Mouse’s Christmas Carol has plenty of devoted fans. Even Hallmark’s gender-twisted “It’s Christmas, Carol!” featuring the dynamic duo of Carrie Fisher and Carson Kressley (of “Queer Eye” fame) has its admirers.

Dozens and dozens of film adaptations of “A Christmas Carol” have been produced in a variety of genres — dramatic, comedic, musical. Among them: “Ghosts of Girlfriends Past,” “An All Dogs Christmas Carol” and “A Diva’s Christmas Carol.” The gallery of Scrooges includes Jim Carrey, Kelsey Grammer, Reginald Owen and Scrooge McDuck.

Adding another yule log to the fire, FX just unveiled its dark-toned “A Christmas Carol” with Guy Pearce (“Memento”) as Scrooge, sprinkled with F-bombs and bloody images. It repeats Christmas Eve at 8 p.m. and Christmas at 4 p.m. (Best keep the kiddies away from this one.)

And that’s not counting the voluminous number of TV shows that have put their spin on the tale in holiday-themed episodes. The story is so embedded in our culture that almost everyone has a favorite go-to version. Here are a few of ours.

This holiday-themed episode of the popular family comedy originally aired in 1983. The conservative Alex P. Keaton (Michael J. Fox) posing as a preppy Scrooge, ranting about the phony sentiment of the Christmas season, is a gift from the sitcom gods — if only because it leads to a glimpse of “future” Alex as a balding elitist in an ill-fitting suit. (Available on Amazon Prime, iTunes, CBS All Access).

This TV special features the nearsighted Magoo, voiced by Jim Backus, playing Scrooge in a Broadway musical. No slapstick shenanigans here — Magoo plays it straight as Scrooge. The melodious songs by Jule Styne and Bob Merrill are a special treat, with inspired lyrics (“Ring-le, ring-le, coins when they jingle make such a lovely song,” sings Magoo/Scrooge in miser mode). Many adults who looked forward to NBC’s yearly airing of the special still count this version as their favorite “A Christmas Carol.” (Available on Amazon Prime, iTunes) 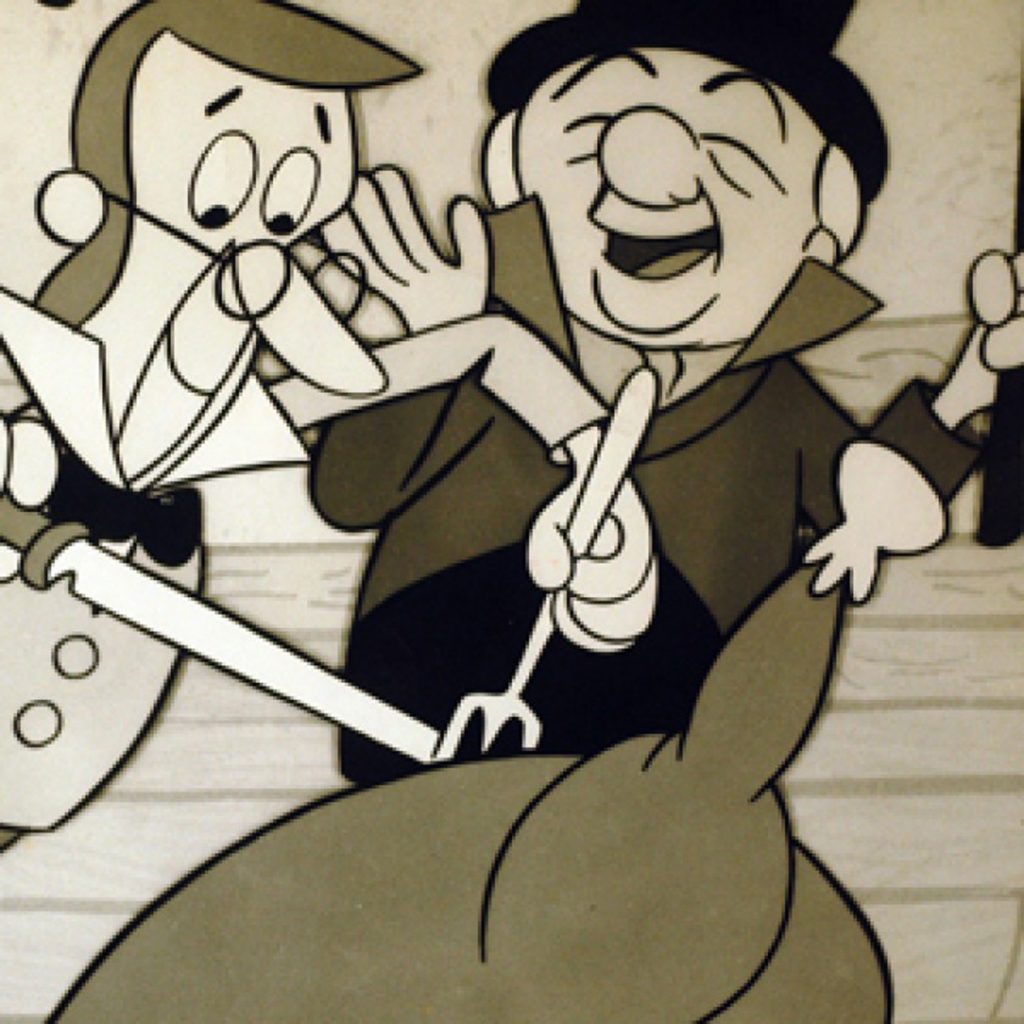 George C. Scott as Scrooge. What more needs to be said? This original CBS production, which found new life in syndication, has top-notch production values — it was filmed on location in England. The schmaltz factor is low and some moments are genuinely bewitching. For example: The Ghost of Christmas Present pulls back his robe to reveal the starving children “Ignorance” and “Want.” (Available on Google Play, iTunes, Amazon Prime)

With the franchise’s best-ever use of Gonzo — as Charles Dickens himself — Kermit the Frog as Bob Cratchit and Statler (!) and Waldorf (!!) as the chained ghosts Jacob and Robert Marley, this adaptation, dedicated to the late Jim Henson, perfectly balances the playful and the serious. Case in point: Director Brian Henson later told the Guardian that Michael Caine, who played Scrooge, said, “I’m going to play this movie like I’m working with the Royal Shakespeare Company.” And he does. Terrifyingly so. (Available on Amazon Prime, iTunes, Google Play).

This musical, starring Albert Finney, deviates so far from the Dickens classic they didn’t even bother to call it “A Christmas Carol.” But “Scrooge” has it all — spirits, old Fezziwig, poor Tiny Tim — singing and dancing through the blighted streets of workhouse-era London. Watching Finney do a jig in pajamas and a nightcap is alone worth the price of admission. (Available on Amazon Prime Video).

The 1951 Alastair Sim “A Christmas Carol” (original Brit title “Scrooge”) has been a traditional favorite thanks to Sim’s performance, which catches Scrooge in all his colors — tight-fisted miser, skeptical of the spirits, fearful, reluctantly repentant with a slowly melting heart and — above all — his delirious Christmas morning transformation. In beautiful black and white. (Fox Movie Channel will host a marathon of the film starting the afternoon of Christmas Eve and running through Christmas).