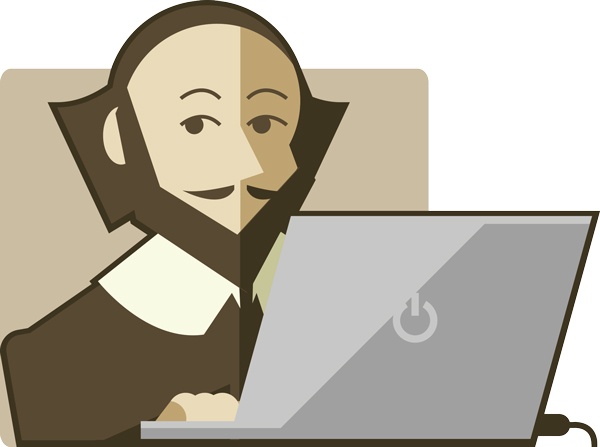 E-books are generally reserved for modern literature, but Project Gutenberg hopes to change that. Project Gutenberg, or gutenberg.org, is home to thousands of free e-books, the vast majority of which are entirely within public domain and free to download or view. All of the books on the website have little to no copyright restrictions, being classics, and no secondary apps are needed to download or view the books, as they come in a variety of file types. The site holds many old works, such as William Shakespeare’s “MacBeth,” Lewis Carroll’s “Alice’s Adventures in Wonderland,” and Arthur Conan Doyle’s “The Adventures of Sherlock Holmes.” The project and website’s name is a reference to Johannes Gutenberg, the famous inventor of the printing press that made the written word accessible to everyone for the first time in history. Project Gutenberg hopes to do the same with e-books.
The site’s creator and inventor of the e-book, Micheal S. Hart, founded the project in 1971 at the dawn of computer usage and before the birth of the internet. At the University of Illinois, Hart received a large amount of allowed computer time, as computer use was regulated at his University, and decided that he should create something worth the time he was given. Hart decided that the greatest use of his time would be obtaining, archiving, and reproducing every free piece of literature he could find so that anyone could receive it.

The first work Hart archived was the Declaration of Independence, and both Hart and other contributors to the project have tried to add more whenever possible. Hart created a way for texts to be shared in a small and easy-to-use format, and he did not believe in editing or abridging editions, as it would defeat the purpose of being accurate and reliable.

Almost 50 years after its creation and following Hart’s death in 2011, the website holds over 60,000 free pieces of literature. Archiving progress has slowed down in recent years because of changing copyright laws, which now extend copyright to 95 years total or 70 years after the author’s death, depending on when it was published, but the site remains active and widely used by thousands of lovers of classic literature.

Project Gutenberg has remained nonprofit since its birth, and anyone can volunteer to contribute, proofread or donate. Even so, Hart stressed in the site’s “about” pages that “we do receive large grants or donations, these should not change the nature of Project Gutenberg in any manners that would prevent any of us from continuing (it) if that money disappeared. No one should be able to threaten Project Gutenberg financially.” Because of this statement written by Hart in 2004, the site also does not require dues from its volunteers and only has rules for maintaining the accuracy of texts. As of now, the site still reports thousands of downloads per day and many online visitors, and hopes to continue Hart’s work for many years to come.