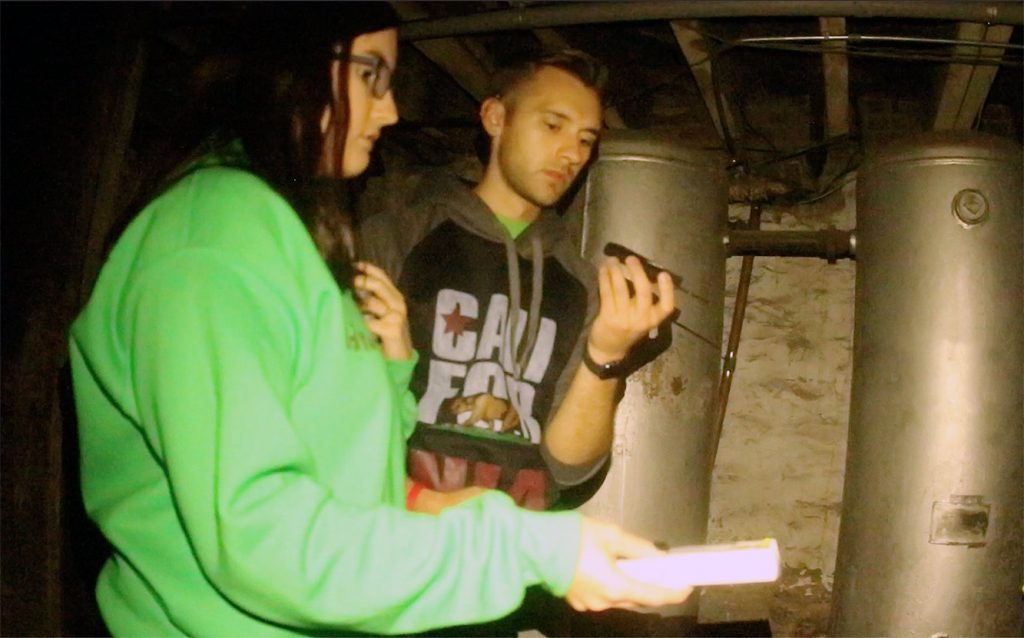 In the pitch black of a cold, damp cellar, they called for a sign from the afterlife.

“If there is anybody down here, can you say something?” Braden Bresnock pleaded.

Nothing. Not a sound. Just some crackling static from a ghost box tuned to pick up residual frequencies.

But something would eventually make itself known to Northeast Ghost Specialist, a paranormal group based in Freeland.

Braden felt a touch from behind; an electromagnetic field meter (EMF) went wild, and something made a bang in another part of the vacant building. 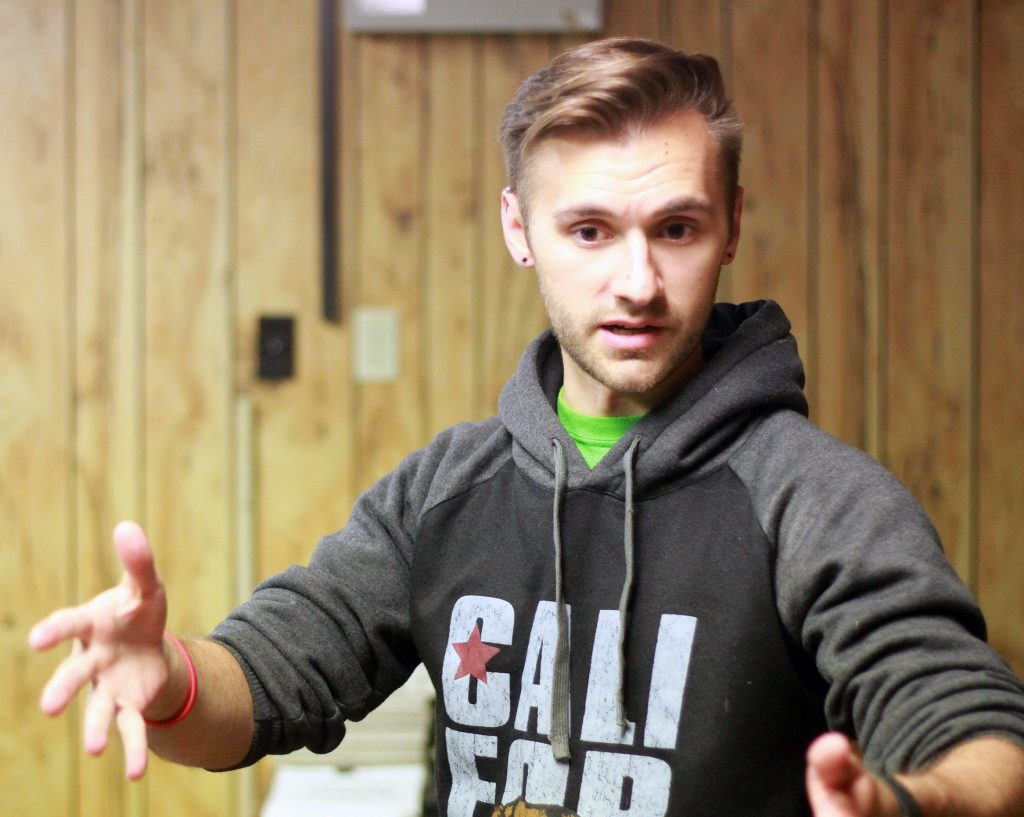 WARREN RUDA / STAFF PHOTOGRAPHER
Braden Bresnock of Northeast Ghost Specialist talks about searching for ghosts while setting up for another local hunt in Freeland.

Group investigators revisited the building just after sunset during the week before Halloween. They wired the floors with cameras and microphones, and turned out any lights, hoping to see or hear something.

“It’s an intelligent haunting. It’s not residual,” Bill said of the reason for the return trips.

Bill became interested in the paranormal as 12-year-old growing up in Hazleton.

He remembered picking up a telephone call at his home and hearing: “Billy, tell your sister I’ll be right down.”

And then the line went dead.

“That voice was from someone who passed away hours earlier,” Bill said. “From there everything just started happening. Pictures would be moved. Chairs would slide.”

His cousin, Colleen Bresnock, had similar experiences when she visited the home.

“That’s what hooked me. I started reading and studying everything I could find beginning in 1990,” Bill said.

Colleen is part of Northeast Ghost Specialist with her son, Braden, and Bill’s daughter, Athena DeFrancesco.

The younger members first manned a first floor control room equipped with television screens and microphones as Bill and Colleen climbed to the building’s top floor. It was there that Bill and Colleen previously watched as an unelectrified light turned on and heard talking on audio clips.

“We’ve been here before and we documented your presence. Can you come forward again?” Bill called out.

“We are not here to harm you, we just want to talk,” Colleen said. “You are being awfully quiet tonight.”

After some time, the two knew they weren’t getting any type of response. A K-2 meter, which measures electromagnetic fields, remained dormant. 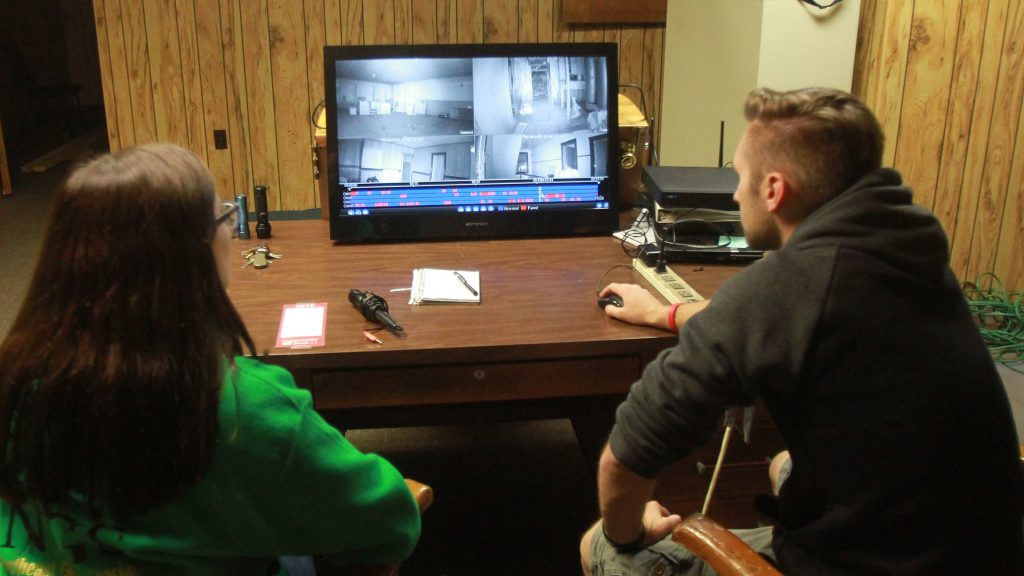 WARREN RUDA / STAFF PHOTOGRAPHER
Athena DeFrancesco, left, and Braden Bresnock keep their eyes on monitors during a recent investigation in a Freeland building.

On a previous trip, audio picked up a disembodied voice appearing to speak a surname once common to Freeland.

And when Bill asks, “Do you want us to go home?,” the audio appears to relay the words, “Go home.”

He asks again. A “yes” can be heard. He asked a third time: do you want us to go home.

“We didn’t get a third time answer but I just wanted to make sure we were hearing what we were hearing,” he said, “but it’s undeniable. When people say that they don’t believe, we can bring you in and show you some stuff.”

A Standard-Speaker photographer reported that his camera shut off twice.

“That’s what happens with batteries and equipment. Spirits will draw in on that energy and manifest itself. That’s why a lot of times when you’re doing investigations, you always put fresh batteries in,” Bill said. “That’s a good sign that something may manifest itself. Especially if they’re new batteries and they’re dead only a few minutes after you put them in.”

And then Bill checked his battery. It, too, was dead.

In the basement, Braden and Athena called out names of those who may have been inside the building many years ago. Sarah. Jacob. Joseph. When they did, the K-2 meter lit up to signal a change in frequencies.

“If there is somebody making those lights go up, can you make it go all the way to five lights?” Braden called into the darkness.

As if on cue, five lights illuminated. Because Braden and Athena were “picking up” on something, Bill encouraged them to keep questioning.

“I was just touched,” Braden said, spinning around.

He pointed a flashlight into a corner, scanning a wall and a ceiling, but there was nothing. 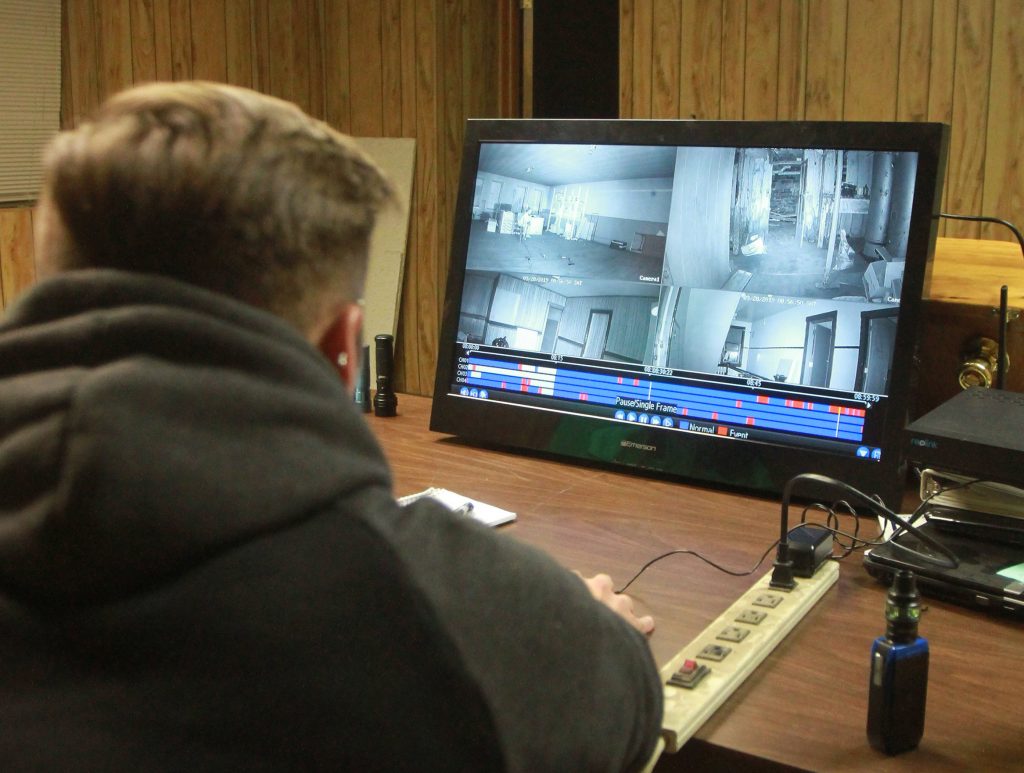 And no one could explain a steady knock that came from another part of the building.

At the end of the evening, the group would collect their gear. They’d then spend hours poring over the footage, hoping to get a concrete sign of the afterlife.

“We probably have 30 or 40 hours in this building already,” Bill said. “Things don’t happen on cue. It is what it is.”

Since starting almost 30 years ago, Bill said he has witnessed some memorable stuff.

A woman in St. Clair, he said, telephoned him after she told him she was pulled out of bed.

“I didn’t believe her at first,” he said. The group set up a camera in her room, and after midnight, he said, a bed sheet began to move.

“It was creepy,” he admitted.

And he really won’t forget being scratched. In fact, Colleen took a photo of it as it happened, reddening with blood.