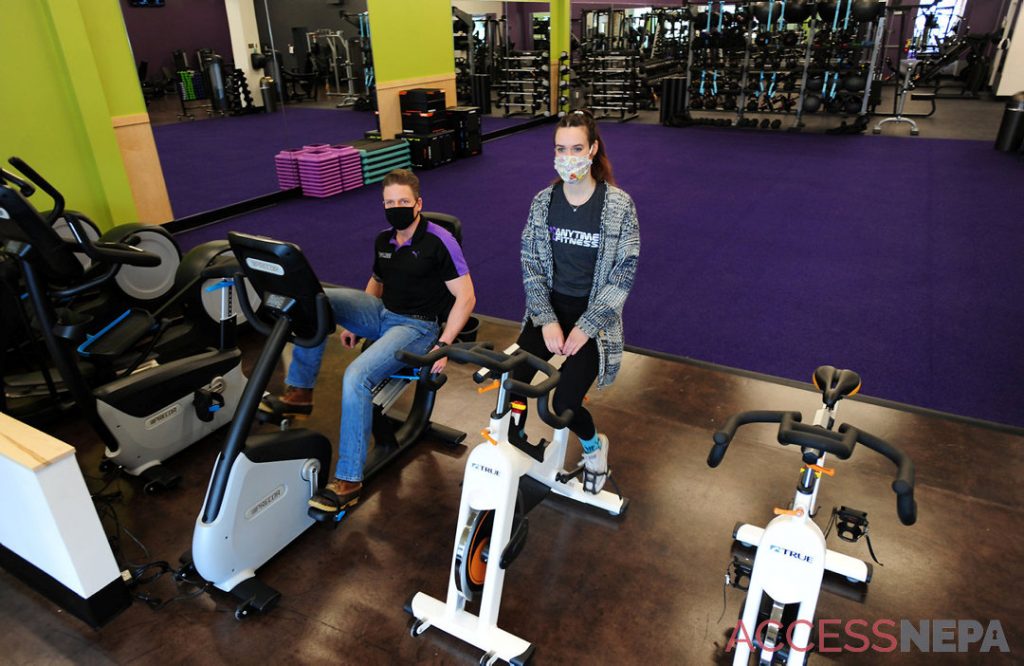 “On the day we were supposed to open, the governor shut down all the gyms,” he said.

Sherwood opened Anytime Fitness Monday in the Midway Shopping Center after signing a lease for more than 6,000 square feet of space and after Wolf lifted the three-week restrictions on gyms opening.

While the coronavirus shutdown has led some gyms to close permanently, including Leverage Fitness Studio in Forty Fort, Sherwood said he thought it was a great time to open a gym.

“A lot of people have been forced to stay home and forced to change their lives. We’ve had nine months of not really being able to exercise for your physical, mental, emotional and spiritual health,” he said. “I think it’s a tremendous opportunity for folks to try to get back to some state of normalcy.”

This marks the fourth Anytime Fitness location for Sherwood, a franchisee who also has gyms in Dallas, Tunkhannock and Wysox in Bradford County. 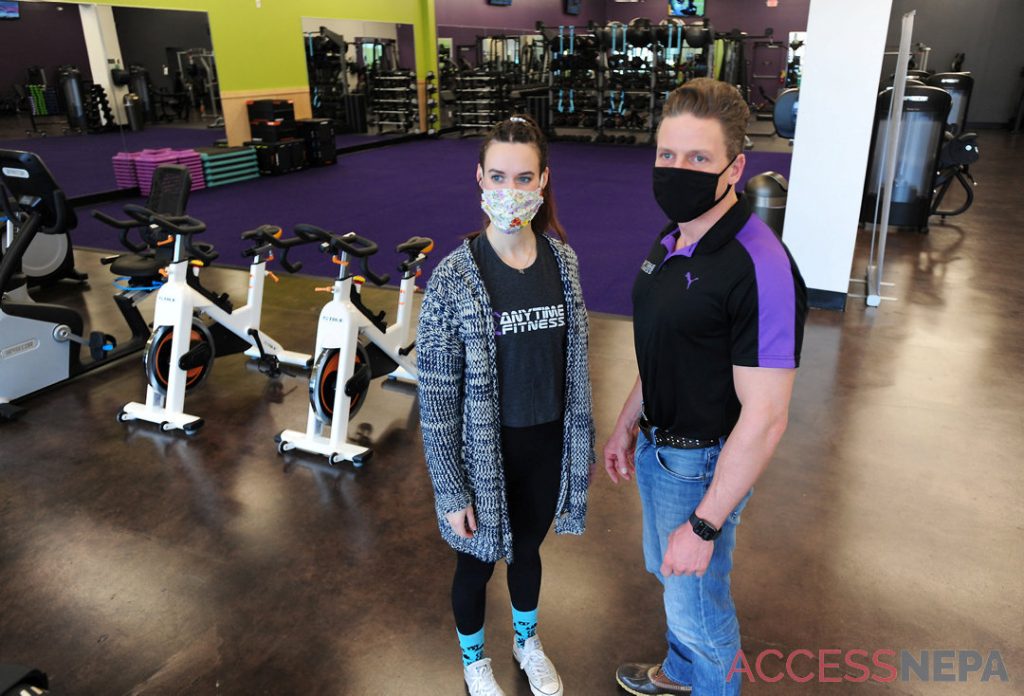 Under Wolf’s orders, gyms and fitness centers can operate at 50% capacity.

Sherwood said there is enough space at his gym for members to socially distance and they are asked to wear masks. Sanitizer stations also are available throughout the gym.

“We clean before, during and after and it’s a safe, positive, clean environment for people to come and work out,” he said.

Anytime Fitness, which has nearly 3,000 clubs worldwide, is open 24 hours a day and members have access to other locations.