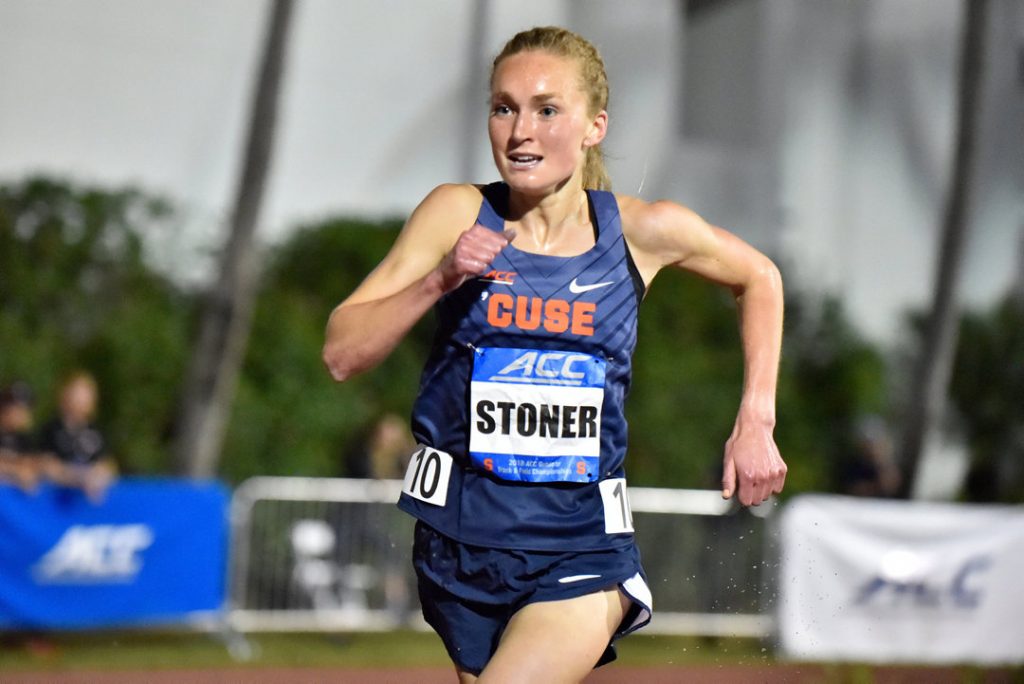 A year ago, the bitterly disappointing news hit Olympic-hopeful athletes around the world as the Tokyo Olympics announced the postponement of the Summer Olympic Games due to the global pandemic.

Summer Olympics are unlike other sports. For many of the competitors, the individual nature of their specific athletic discipline requires them to train toward a peak, and they hope that their training will allow them to peak at the proper time to maximize their performance. The Games are only held every four years, so the window of opportunity for many athletes is narrow.

Pottsville’s Paige Stoner, after completing a stellar career as a track and cross-country runner at Syracuse University, was poised to compete at the 2020 United States Olympic Track and Field trials. When the news broke that the Olympics would be pushed back a year, she and most other track competitors were bewildered and confused. Would there be any meets or races in 2020? After having trained to compete in the 2020 Trials, what would the rest of 2020 and beyond look like for her?

Stoner had earned professional runner status and was now a member of the Reebok Boston Track Club. Her coach at Reebok, Chris Fox, was also her coach at Syracuse. Fox, a world-class marathon runner during his running career, took a practical approach to the Olympic postponement and advised Stoner to relax, rest and take some time off until things could be sorted out.

His advice paid off.

On Dec. 20, 2020, rested and reinvigorated with a rigorous marathon training schedule, Stoner ran her first marathon at the Marathon Project race in Arizona. At age 24, she ran the fastest marathon time for a female runner under the age of 25 in American history, with a time of 2:28:48.

Stoner’s distance running range is remarkable. She has essentially run U.S. Olympic qualifying times in distances ranging from 5 kilometers to the marathon. At the Drake Relays in April, she ran only 8 seconds off her personal-best time in the grueling 3,000-meter steeplechase event. In May, she ran a 10K race in California where she shattered her personal-best time by 14 seconds, recording a time of 31:53. 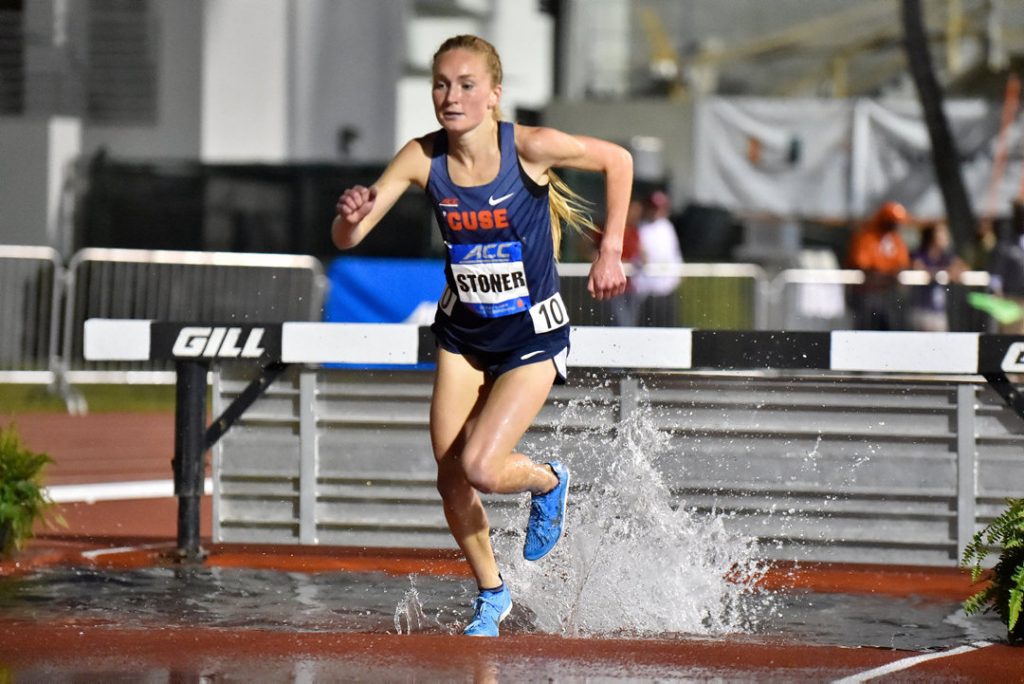 ERIC ESPADA / THEACC.COM
Syracuse’s Paige Stoner runs during the final of the 3000 meter steeplechase during the 2018 ACC Outdoor Track and Field Championship on May 11, 2018, in Coral Gables, Fla.

Those performances have earned Stoner the opportunity to compete for a spot on the U.S. Olympic team in the 10,000-meter (6.2 miles) event. She will race at 6:44 p.m. Saturday, June 26, as part of the 2021 U.S. Olympic Track and Field Trials at Heyward Field in Eugene, Oregon.

If she can finish in the top three and run a time faster than 31:25, she will be packing her bags for the Tokyo Olympic Games in July.

Currently, Stoner is training with teammates Josette Norris and Amy-Eloise Markovic. Norris has a real shot at representing the U.S. in the 5,000-meter event, having run a time of 14:51. Markovic, by virtue of her 31:25 time for 10,000 meters, will compete as a member of Great Britain’s Olympic team.

A television schedule should be announced soon for coverage of the U.S. Track and Field Olympic Trials. My guess is that an NBC sports channel will televise the women’s 10,000-meter race, so we may all have the chance to see Stoner compete.

At age 25, Stoner would love to participate in this year’s Olympic Games. As a long-distance runner, her best competitive years lie in front of her. She is planning on running a marathon in the fall and it looks like she will compete at Boston, Chicago or New York City.

For now, years of hard work, desire and dedication have propelled Paige Stoner to compete with America’s best in Oregon later this month. It is only a matter of time until she earns her spot on the world stage as well.

Muldowney is an avid runner and retired educator and coach.