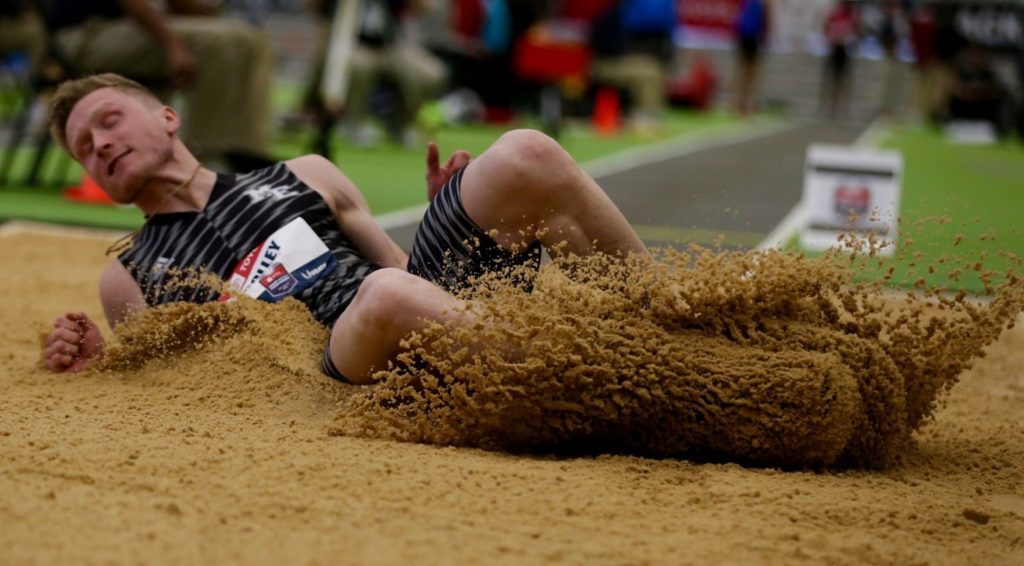 Josh Colley was a little more disappointed than the average American that this year’s Olympics were canceled.

That’s because the Tunkhannock Area High School grad was invited to the Olympic Trials at Hayward Field at the University of Oregon to compete in the long jump.

“At first I was quite upset, but then I reset,” he recalled. “I realized it was a chance for me to refocus and give me an additional year to prepare, so I moved to North Carolina to train with elite athletes.”

The Tokyo 2020 Olympic Games were postponed due to the novel coronavirus, thereby necessitating the postponement of the corresponding Olympic Trials.

Colley began setting his Olympic goals early on, and honed his craft at Tunkhannock Area High School. For coach Doug Wilson, the former Tiger did the long jump, triple jump, and ran on a relay team.

In front of the high school track is a historical marker honoring the town’s most decorated athlete. 120 years ago, Walter Tewksbury captured five medals in the Paris Olympics of 1900. According to Josh’s website, another connection to Tewksbury is a little more tangible, as in 2011 his brother, Gavin, was able to surpass Tewksbury’s Olympic winning time in 200 meters.

Josh said this was the catalyst that started his journey and inspired him to pursue the goal of being the next Olympian from Tunkhannock.

While earning a bachelor’s degree in communications at Widener University, Colley was an All-American, three time NCAA qualifier, and set school and conference records in the long jump at 7.25 meters (23’ 9.5”).

After college, he took a coaching job at the University of Scranton working with the jumpers and sprinters.

He was offered a full-time opportunity to coach at Penn State-Behrend, and jumped at the chance. He traveled to the Erie campus and began working with the Nittany Lions jumpers. 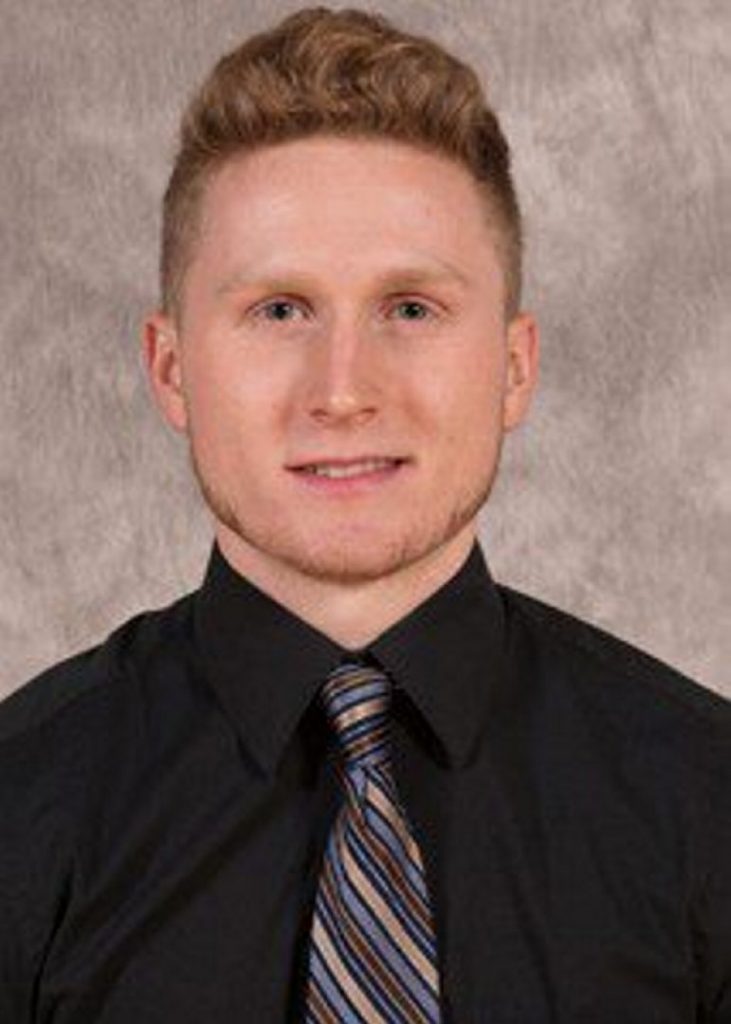 This transition allowed him the time and freedom to continue his training.

“I took more time from my personal life, and would go in before practices, before working with the kids, and do my workouts,” he explained.

Colley explained that his college coach always encouraged the graduating Pride team members to compete one more year after leaving the NCAA.

“So I did, and I realized that I did not reach my full potential in college. I set a PR, with a decent increase, in the long jump. That gave me hope,” he said.

That hope was put on hold, as he tore a hamstring and spent time rehabbing.

But his second year out of college, he placed third at the indoor nationals, and validated his commitment.

“Because of the three indoor championships that I performed well in, the USOC sent me the invitation. They see that an athlete is trying, and working, and they send an invitation to the portal,” he explained. “It is pretty cool to just get the invitation, to think I could be a member of Team USA.”

To qualify, Colley said an athlete has to hit a qualifying mark in their event or be in the Top 24 in the nation.

At the end of the indoor season, Colley was ranked 24th in the long jump.

With most of the NCAA schools across all divisions putting the fall season on pause, Colley made the decision to move to North Carolina to train full time with renowned coach Mike Young.

“He is the best coach in the U.S.,” declared Colley. “I put my two week notice in at Penn State and packed up to come here. The first thing schools usually cut out is the sports programs, and I need to focus on my training. I want to secure my place in the trials, this is an opportunity I can’t pass up. I really want to be able to say I did what I could, and have no regrets.”

At the Athletic Lab Training facility, which trains athletes from different countries in different sports, Colley is working on general training, sprints up to 20 meters, lifting, building strength and speed while building a strong power base. He said they are not working on event specific training as of yet.

“It would be something to represent the United States in the long jump,” exhaled Colley. “But right now my main goal is to make it through the trials and just realize anything can happen from there.”

“It just doesn’t seem real, it’s unbelievable to think about,” he added.

But to his older brother/manager Gavin, the attention is long overdue.

“I have talked to people who watched Josh earlier in his career, and they say things like ‘When did he get so good,’” said Gavin. “And I tell them he’s always had it. I have been able to watch him grow into the specimen that he is now. His first year at indoors, he got pretty sick and the downtime helped him focus and improve. Then he came back, placed third, and then fifth this year, and landed at 24th in the country.”

The brothers are in the process of reaching out to small businesses and larger corporations to help donate funds to continue Josh’s training.

Gavin explained that most of the pro meets are held on the other side of the country, and they need support to get Josh to those meets, as they are the ones that will advance him.

“I watch out for my brother, and after a while, we thought he might need a manager to keep things in order,” said Gavin. “Then from there, it was, someone to help fundraise, help write proposals, and just get things done.”

With a background in the sport, contacts, and organizational skills, the Colleys felt confident with Gavin’s ability to act as more of a third party, but always keep Josh’s best interests at heart.

“He’s my brother, I will keep him on the right path,” he added.

“Track and Field has taught me so much, such as self discipline and resilience. When things seem to be falling apart, I learned to stay the course and realign myself,” said Josh. “This is where self discipline comes into play as the most valuable lesson that track and field has taught me. The only thing that could possibly get in my way was myself. To remind myself of this I had tattooed on my chest “You are your only Limit.” The mind is powerful, and it can limit your progression, once you break through, there are no limits.”

To donate to Josh’s journey to Oregon for the Olympic Trials next summer, visit their website or call Gavin at 570-903-4862.