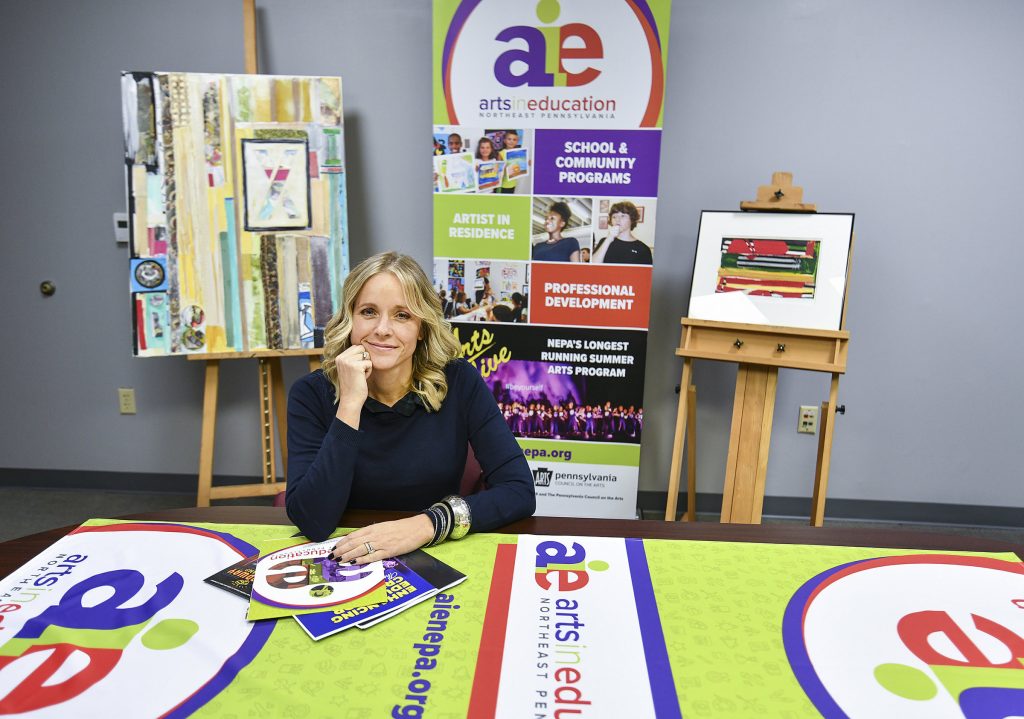 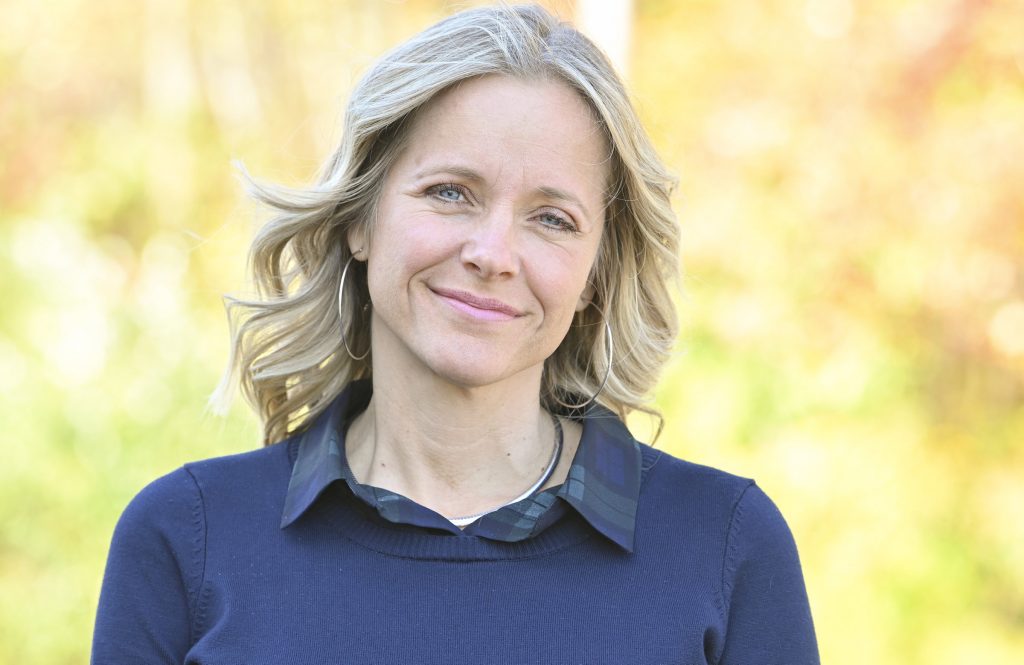 Sometimes childhood experiences can set in motion the rest of a life. For Elizabeth Parry-Faist, artistic endeavors and struggles in education led to a career focused on bringing the arts into the classroom.

As assistant director of Arts in Education for Northeastern Educational Intermediate Unit, the Factoryville resident uses the arts to help students learn in different ways and to help teachers reach their own goals — a “completely collaborative” effort, she explained.

“You can tie (the arts) into every subject matter,” Parry-Faist said.

Parry-Faist traces her artistic ability to her mother, Barbara Parry, an artist who worked as an illustrator for the Globe Store in Scranton in the 1970s.

“When I was young, we were always drawing. … She always encouraged that,” Parry-Faist said.

After graduating from Scranton Preparatory School, Parry-Faist headed to the University of Rhode Island, where a chance encounter with a photography class in the school’s art building led her to change the trajectory of her studies. Although she had never really worked with photography before, she got involved in imaged-based work and ended up graduating with a bachelor’s degree in fine arts with a concentration in photography.

As she pursued her master’s degree in fine arts, again concentrating in photography, at University of Connecticut, Parry-Faist got a taste of life at the front of the classroom, working as a teaching adjunct at UConn and also teaching at a technical college. She said she enjoyed the community the classrooms afforded and “hearing other people’s ideas and seeing things in a new light.”

Parry-Faist wasn’t sure what exactly she wanted to do after finishing school, but she did know she would not end up working in commercial photography. She instead preferred to work in non-traditional methods, such as printing images on fabric, and she praised her parents for supporting her even with her somewhat undecided professional future.

For the last 18 years, Parry-Faist has been a rostered artist with the Pennsylvania Council on the Arts.

“Once you’re on that list, you can get contracted with different organizations or school districts to go in … and help with whatever needs they have,” she said.

Through that time, she’s taken on around 80 residencies, working with young schoolchildren to older adults at veterans centers and everyone in between. And bout a year and a half ago, Parry-Faist joined the NEIU in her current administrative role, working under Dr. Catherine Richmond-Cullen, her former third-grade teacher. She’s able to come at the work with the arts council as well as the NEIU with not only an arsenal of artistic abilities but also as a mother of two and as someone who struggled in school thanks to a reading disability.

Parry-Faist described herself as more of a “hands-on” learner, a method of teaching she has helped both teachers and students, applying the arts to everything from chemistry to history to math.

“It’s something different for them than maybe what they’re used to,” she said. “They’re learning and they might not even realize.”

In addition to artist-in-residence programs, Parry-Faist helps run the NEIU’s other arts programs, including Arts Alive, in which kids in grade five to 12 work with professionals in the visual and performing arts; professional development for teachers and others involved in the arts; a regional contest for Poetry Out Loud, a national program; an Arts in Education awards luncheon; Artist of the Week, a collaboration with WVIA; and Artist of the Month, a project of the NEIU and The Sunday Times that spotlights a student artist in the newspaper each month and in an annual exhibit at the Scranton Times Building.

“We have our summer program with Arts Alive, and that’s wonderful because you get kids from all different districts coming together,” Parry-Faist said.

Additionally, Parry-Faist does workshops at Scranton’s Everhart Museum and also has enjoyed her time working with older adults, especially the residents of Gino J. Merli Veterans’ Center in the city.

“Their stories are unbelievable. … That’s just such an honor to be around (those) people,” Parry-Faist said.

She loves working with the artists and also enjoys “seeing everything the kids and people involved in the residencies have to bring to the table.”

“I love working with all the artists,” she said, “and I love people, and I love communicating with people.”