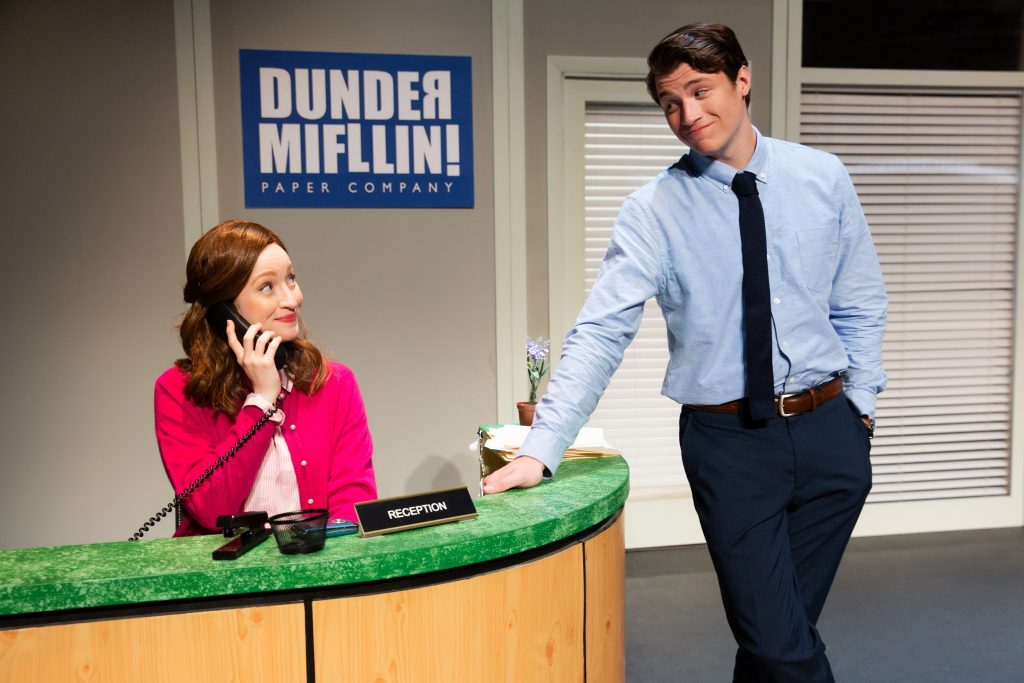 Get ready to see Michael, Dwight, Jim and Pam in a way you’ve never seen before.

“The Office! A Musical Parody” comes to Scranton Cultural Center at The Masonic Temple, 420 N. Washington Ave., on Thursday, Sept. 26, and Friday, Sept. 27. The shows kick off the American leg of the parody’s tour as well as the 60th season of Broadway Theatre League of Northeastern Pennsylvania.

Created by Bob and Tobly McSmith, the parody pokes fun at the Scranton-set TV show that ran on NBC from 2005 to 2013. The McSmiths had created six parodies before they tackled “The Office,” and through all that work, they kept the original “Office” on in the background.

“‘The Office’ has been such a part of our lives,” Bob said as the pair spoke recently by phone from New York. “I think it was one of those shows we were scared to touch because it was so sacred to us.”

“It was like our comfort food when we had worked on other stuff,” Tobly added. “The characters are so relatable and so funny in their ways.”

The parody incorporates many of the important story lines from the original series, such as Jim and Pam’s love story, although it does skip over some of the plots that happened after Michael’s character left the series. 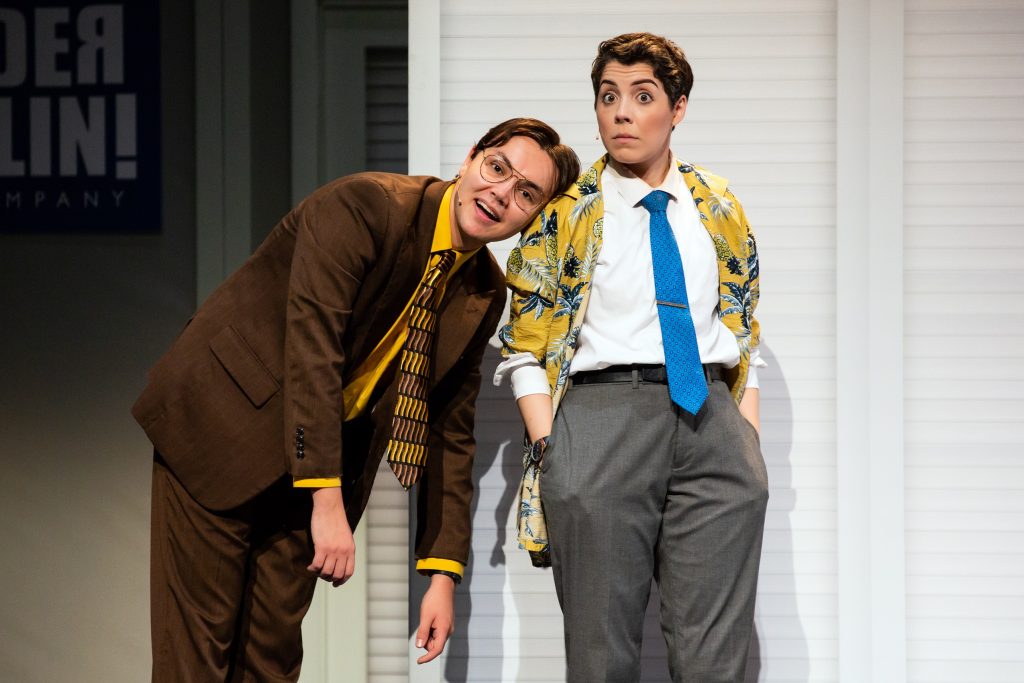 JEREMY DANIELS / CONTRIBUTING PHOTOGRAPHER
“The Office! A Musical Parody” comes to Scranton Cultural Center at The Masonic Temple this week.

“It’s kind of skipping the last two seasons a little bit, but really we do reference them a lot,” Bob said. “We get every hit moment from the show in there, and it works.

The pair wanted to approach the show by making fun of it the way it does everything, Tobly explained, and having a woman play boss Michael Scott “was really the key factor to parodying this show.” Having a woman saying the ridiculous things Michael does just makes it all that funnier, he added.

“It allows Michael to be Michael,” Tobly said.

Audiences will hear a song about, yes, Scranton, plus others that touch on key aspects of the show, such as the Party Planning Committee and the Dundies awards.

“Meredith’s song definitely is a big crowd-pleaser,” Bob said. “That definitely brings down the house every night.”

The audience can kick off the fun early on Thursday, Sept. 26, from 5:30 to 7:30 p.m. when BTL holds a block party outside the cultural center ahead of “The Office” parody. The event will include food from Cooper’s Seafood House and Alfredo’s as well as music, prizes, an “Office” character look-alike contest and more.

The creators plan to attend Thursday’s show as well and bring a “party bus” from New York City, where “The Office” parody continues to play off-Broadway at the Theater Center.

Tobly said he feels excited to talk to people about how they love “The Office.”

“It’s all about nostalgia, and right now, when the world is kind of unsettled, it’s amazing to go back to this safe space … and be there and enjoying it with their friends and their family and office mates,” he added.

“It’s a great night out,” Bob said. “Bring your entire office with you.”