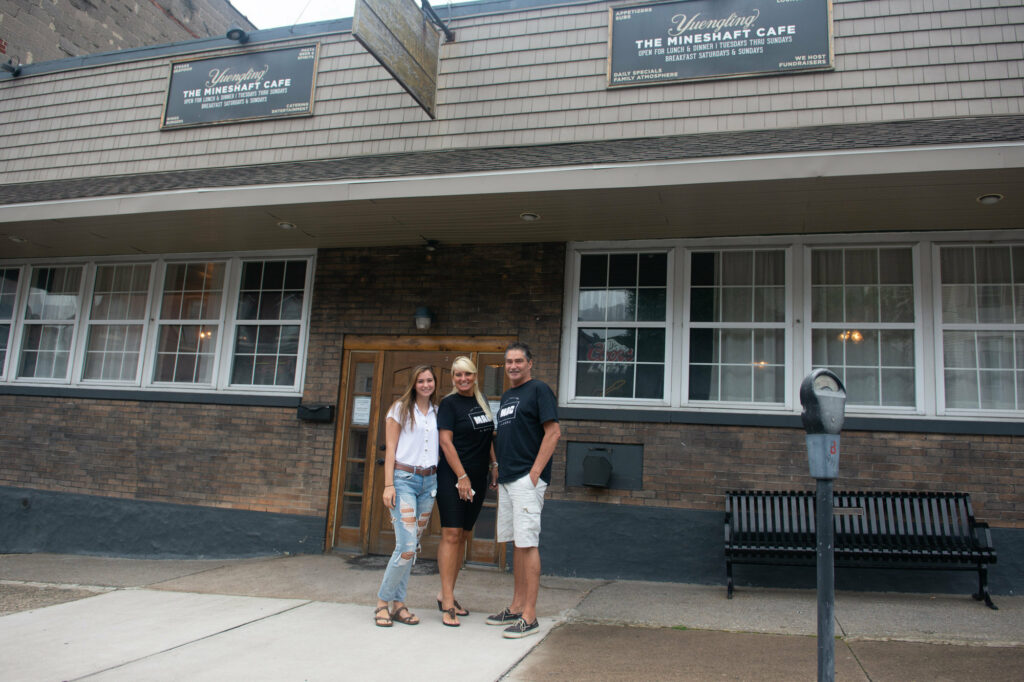 A popular sandwich shop in Ashland destroyed by fire earlier this year will return to the borough in a larger location and with more offerings.

The new location of M&M Sandwich Shop will be the former The Mineshaft Cafe at 1120 Centre St. (Route 61). Closing on the sale to Tom and Lori Kane occurred Friday, and they hope to be open by early October.

As for the name, it will not be M&M or The Mineshaft, though the new name is still being developed.

It’s more about where the restaurant will be reborn, the Kanes said. After the fire, they were inundated with suggestions about possible locations, and Lori Kane, who is a real estate agent, kept a watch for locations.

In the end, however, “We didn’t want to leave Ashland,” Tom Kane said. “They were good to us.”

The Kanes said their plans for this much bigger building, 16,000 square feet, will include dining areas, a bar and a large kitchen on the first floor and a large hall on the second floor.

“This is a leap of faith for us,” Lori Kane said.

The community supported the business as it continued to use its food trailer, The Rolling Macaroni, to offer macaroni and cheers varieties at various locations and events. The shop is also known for its sandwiches, pizza, fish, coleslaw and other items.

Since the fire was just before Easter Sunday, the Kanes did their best to honor dinner orders taken in advance. Thanks to the Rev. James Carroll, who allowed use of the kitchen at St. Mary’s Center in Mahanoy City to prepare the dinners, and to the Rev. Dana Heckman-Beil, who allowed the use of the fellowship hall at Good Shepherd Lutheran Church in Ashland for pickup, there were many satisfied customers.

Lori Kane said the anthracite coal mining theme of the former Mineshaft, which was owned by Corey Machese, will remain to some extent as updates are made.

“The mining is in everybody’s roots; my dad was a coal miner. I would never take that away,” she said. “We’re going to update the walls and brighten it up a bit. We have good intentions. We’re combining the miners’ theme with our theme.”

Entering the building, there are small dining rooms to the left and right. Tom Kane said plans for those rooms are set.

“This room is what M&M used to be,” he said, pointing to the room on the right. “Deli, salads, soups — all of the staples we had before. We’re going to do the pizza.”

Looking toward the room on the left, he said it’s going to offer a creamery, coffee and homemade baked goods.

“We’re featuring Milkhouse Creamery ice cream, which is a high-end ice cream, and we’re probably exclusive to Schuylkill County,” he said. “It’s all handmade ice cream” from the West Hazleton firm, he added.

Lori Kane said there will be an old-fashion theme in the creamery, including big milkshakes, with the possibility of hosting birthday parties for children with room for about 25. 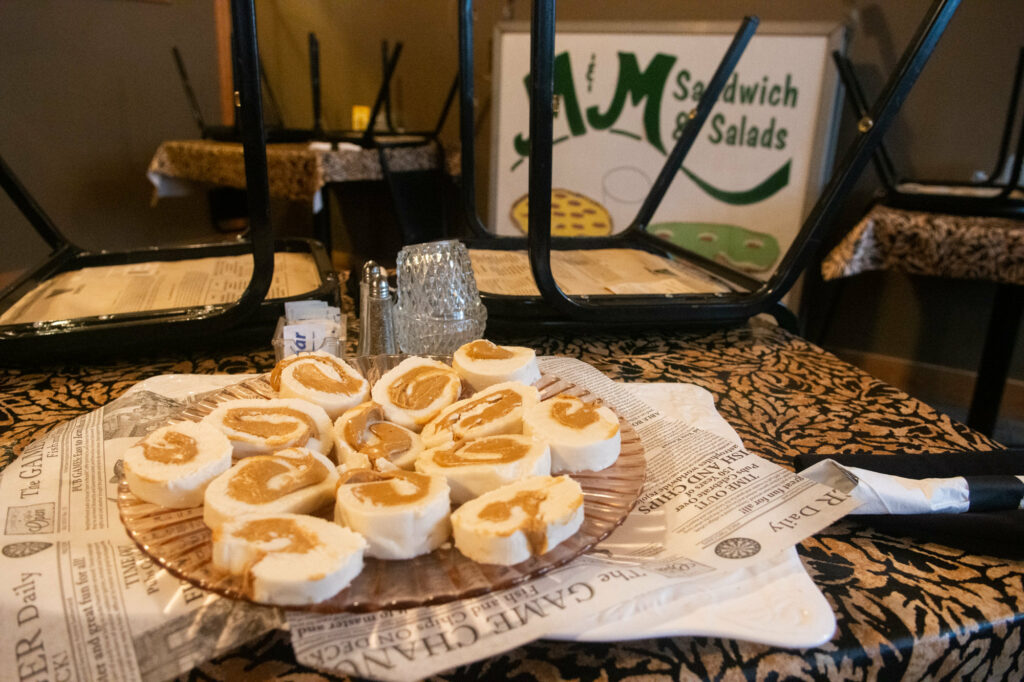 DAVID MCKEOWN / STAFF PHOTOGRAPHER The Kane family plans on bringing their popular flitch back to Ashland as they work to open their new restaurant at the former Mineshaft Cafe.

‘The place is huge’

While there will be a bar in the new restaurant, that is not the “mainstay,” Tom Kane said.

“It will be a sit-down restaurant like it was before for dining,” with a menu that includes steaks, prime rib and, of course, macaroni and cheese. A smoker will be part of the cooking equipment.

The main dining area will be to the rear.

“The dining will start later in the afternoon, but you can still come in the morning and still be able to grab something,” he said about the deli and creamery.

Having a dining area is not something new to the Kanes, who have been married for 27 years.

“A la carte dining is what I did all my life,” Tom Kane said. “At M&M, we had catering and takeout, but this is how I started, with a la carte cooking. I was a chef at Eagle Rock, and that’s where we met and that’s where we started. M&M just fell into the picture later in life.”

The second stage of the project will be to create a farmhouse-themed venue upstairs.

“We’re going to get these two rooms (deli and creamery) running first, and a la carte is going to come next,” he said.

Tom Kane said no date has been set to opening, but it will be some time after the Bloomsburg Fair. The M&M crew will be spending much time preparing to attend the fair with The Rolling Macaroni.

Last year was the first time at the fair with the trailer, yet it won the “Bloomsburg Fair 2018 Director’s Award.”

“There have been vendors there for 20 years who have not won the award, and we did it on our first time,” Lori Kane said.

Their catering business will continue, too, and in fact has the first wedding reception at the Catalpa Grove Venue, the former Lakewood Park, in Barnesville, at the end of September.

M&M posted the news about plans to reopen on its Facebook page on Friday. As of late afternoon Tuesday, there were 493 comments celebrating the planned return, and 544 shares.

Even though there is about a two-month wait for M&M fans, the Kanes, who are helped with the business by daughters Rylee, Shelbey and Hannah, said they don’t want to rush it.

“We’re going to make the changes,” Tom Kane said. “We want it to be right. We just don’t want to open up.”