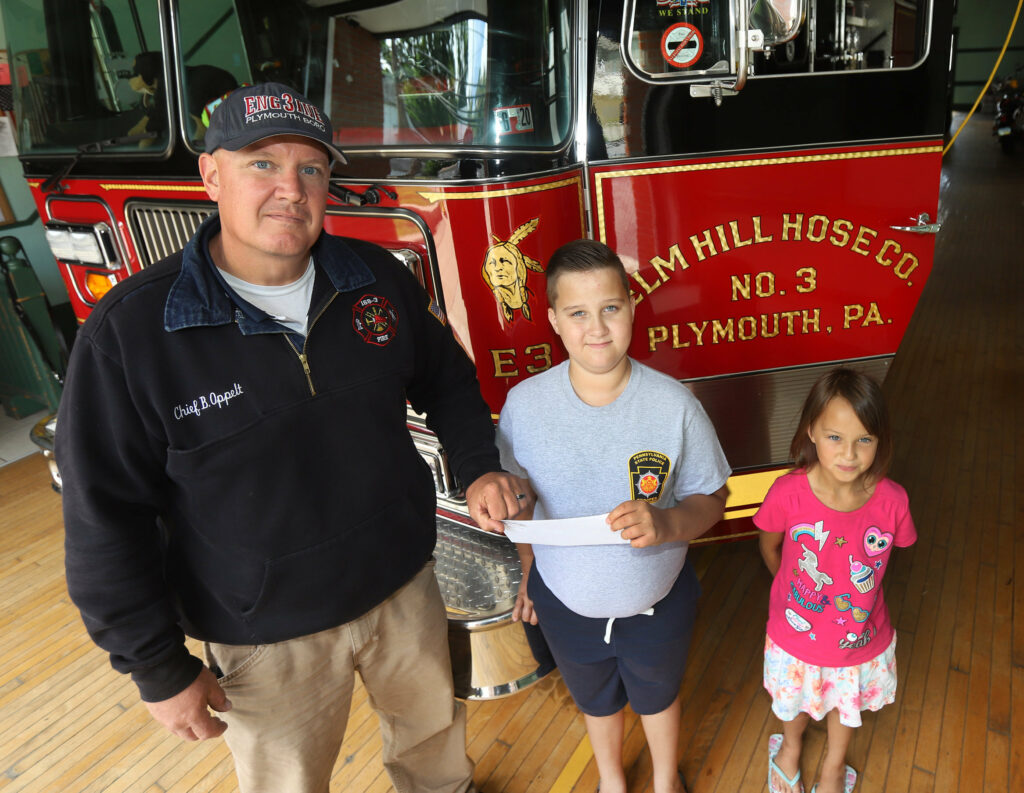 But even the optimistic boy knows he can’t sell enough lemonade to purchase the department’s biggest current need — a Jaws of Life hydraulic tool used to rescue vehicle crash victims.

As “junior fire chief” for Plymouth’s Elm Hill Hose Co. No. 3, Lyons has started a campaign to raise the $14,000 needed to buy the device.

The fund is off to a good start, as a township resident — who asked not to be identified — presented him with a $500 check Tuesday at the firehouse. He’s already raised a few hundred dollars on Facebook as well.

Asked why he decided to start the fund, Lyons said, “So I could save more people.”

Lyons, who attends State Street Elementary School, became honorary “junior fire chief” about two years ago after asking his mother to visit the Vine Street firehouse. His sister, Evelyn, 7, is the “secretary.”

“One day we were passing the firehouse and he was like ‘I want to see the engine.’ From that point on, he always wants to come here to help,” said his mother, Linda Uren.

“Brian found out we didn’t have the Jaws of Life and made it his mission to make sure that we do get one,” Oppelt said. “There’s no words to explain it. He’s a special kid. We’re going to be friends for a long time.”