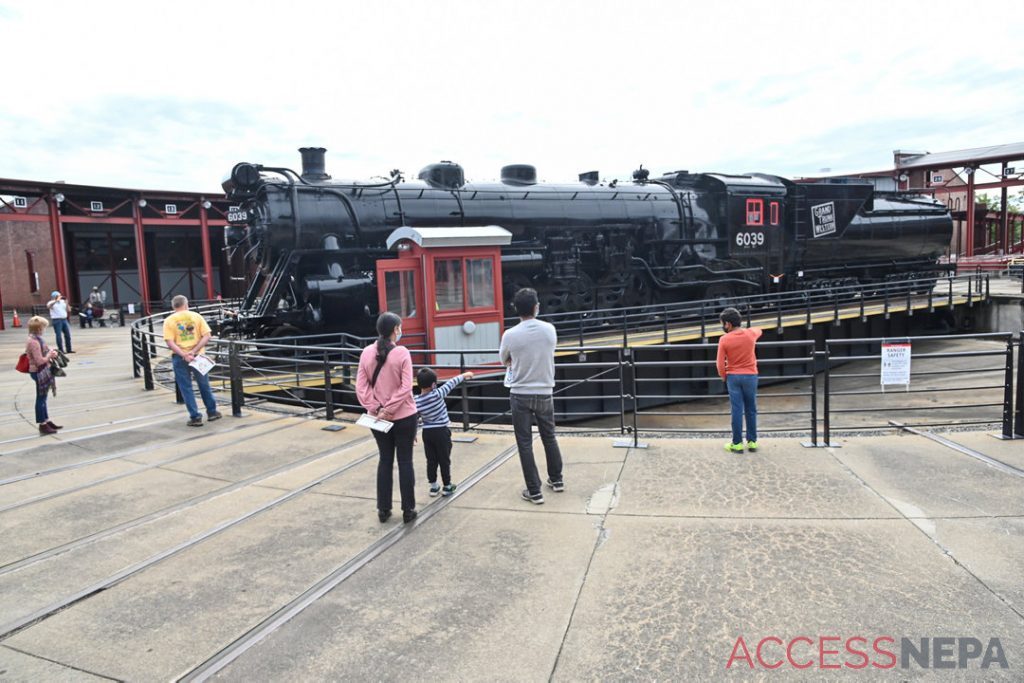 A new, rotating display at the Steamtown National Historic Site is offering train enthusiasts a look at the past.

To commemorate the 60th anniversary since steam locomotives last performed mainline revenue rail operations in the United States and Canada, the site is giving the public an up-close look at the massive machines.

While train fans will likely flock to see the new locomotive featured on the museum’s turntable each Thursday throughout the month, Steamtown Superintendent Cherie Shepherd believes the exhibit will appeal to all audiences.

“Everybody loves seeing the big ones,” Shepherd said. “It’s a good, safe outdoor activity for families.”

It has also offered a trip down memory lane for some families.

“People have been saying they had relatives who were engineers or worked on the railroad, and may have been on one of these trains,” Shepherd said.

Ron Cavanaugh of Piscataway, New Jersey, and Vance Grozier of Allentown were in town Sunday afternoon to attend a model train show at the nearby Marketplace at Steamtown and stopped by to check out the featured locomotive.

“It’s amazing to see the history,” Cavanaugh said. “Usually the stuff on display looks as old as it is, but these are restored and really beautiful.” 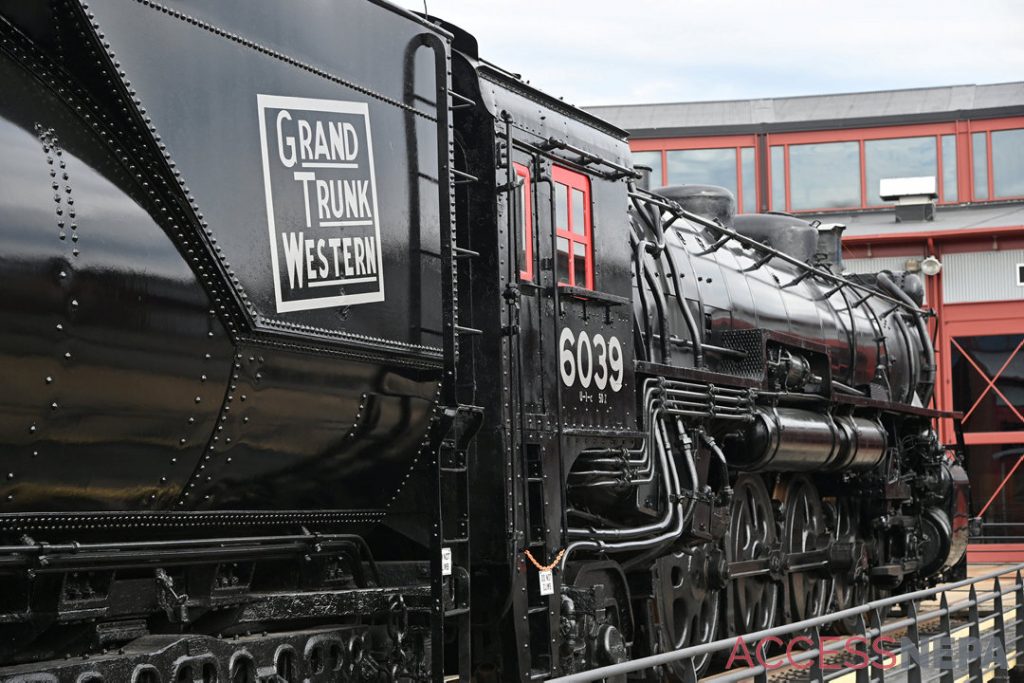 JASON FARMER / STAFF PHOTOGRAPHER
The Grand Trunk Western No. 6039 steam locomotive on the turntable Sunday, Oct. 4, 2020, at Steamtown National Historic Site. Every Thursday through October, a different mainline locomotive will be moved into place.

“We have one of the largest collections of mainline steam locomotives,” he said. “Most of the museum remains closed, so we were trying to figure out something that might be of interest to visiting public and could be done outside.”

Several people took photos and selfies in front of the Grand Trunk Western No. 6039 Sunday while others simply admired the giant train.

“We want to get people out here, but we don’t want to bring big crowds together,” he said. “We thought this would be a good, low-key event.”