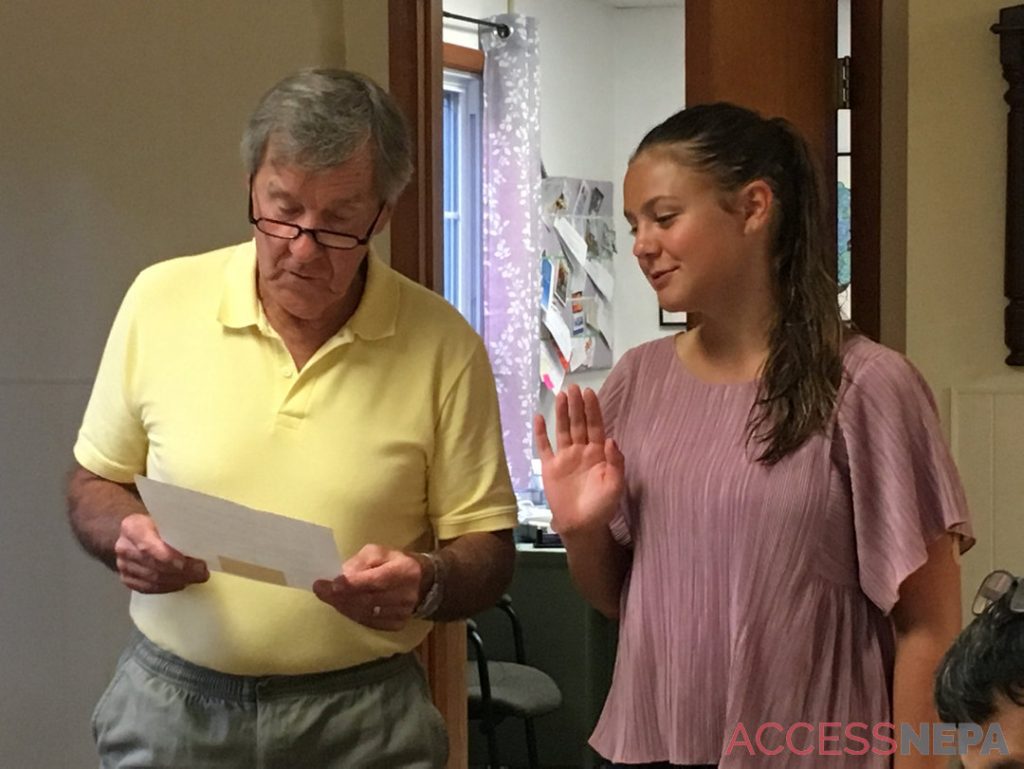 Catherine Litwin didn’t just want to sit on the sidelines in her community.

“You get to feel like you’re a bigger part of your community than if you’re just listening,” Litwin said.

PSAB has offered its JCP Program since 2000. Over the last 20 years, hundreds of high school students like Litwin have served boroughs throughout the Commonwealth.

“I hadn’t really known about it until last year, and I thought it was so cool that I could be part of my community as a kid,” Litwin said.

Litwin learned about the program from her father Paul Litwin, who serves as the solicitor for Wyoming County and represents Factoryville Borough among other municipalities.

Her grandfather Tony Litwin used to serve as a commissioner in Wyoming County, too.

Even though she doesn’t plan to follow in their footsteps by making a career out of local government, it’s still been a unique learning experience.

Over the last year, Litwin said she’s become more informed about what’s happening in her town by attending monthly meetings as a JCP. Before becoming a JCP, she wasn’t fully aware of everything Factoryville Borough Council handles in the community.

Factoryville Mayor Gary Evans said the borough has welcomed a handful of JCPs over the years and it’s nice to see young, motivated people get involved with local government.

“I hope it gives them a sense of community and in their future, wherever they land, they become part of that community,” Evans said.

David Truitt, a former JCP who was home schooled, went on to serve Factoryville Borough as an actual council person.

Several months after Truitt graduated and finished his time as a JCP, a position opened up on council due to a death. Council appointed him to finish the remainder of this member’s term, and then he got reelected.

Being a JCP prepared him to serve council in an official capacity and helped him gain an appreciation and understanding for everything council people do in their communities.

“It really helped me understand how local government works and how community members can become involved and make a difference no matter how big or small the contribution is,” Truitt said.

Truitt, a graduate of the Marywood University School of Architecture, didn’t run for another term because he was moving away from Factoryville. Even for students who don’t want to pursue an official role in local government one day, he said being a JCP is a “great honor and educational experience.”

“It would certainly help prepare individuals who are looking to have an influence in their community, either as a public official some day or just a community member who’s involved in what’s going on,” he said.

To Litwin, citizens being able to voice their concerns to their local officials gives a sense of security in their community.

“They’re so dedicated, all of them,” she said of the six-member council.

Outside of being a JCP, Litwin plays varsity field hockey for Lackawanna Trail and serves on the student council. She’s still considering her post-secondary plans, but may study pharmacy or nursing after graduation.

She plans to stay on as a JCP through her senior year and encourages other students to look into the opportunity.

“If you love your town, do it,” she said. “I love Factoryville.”