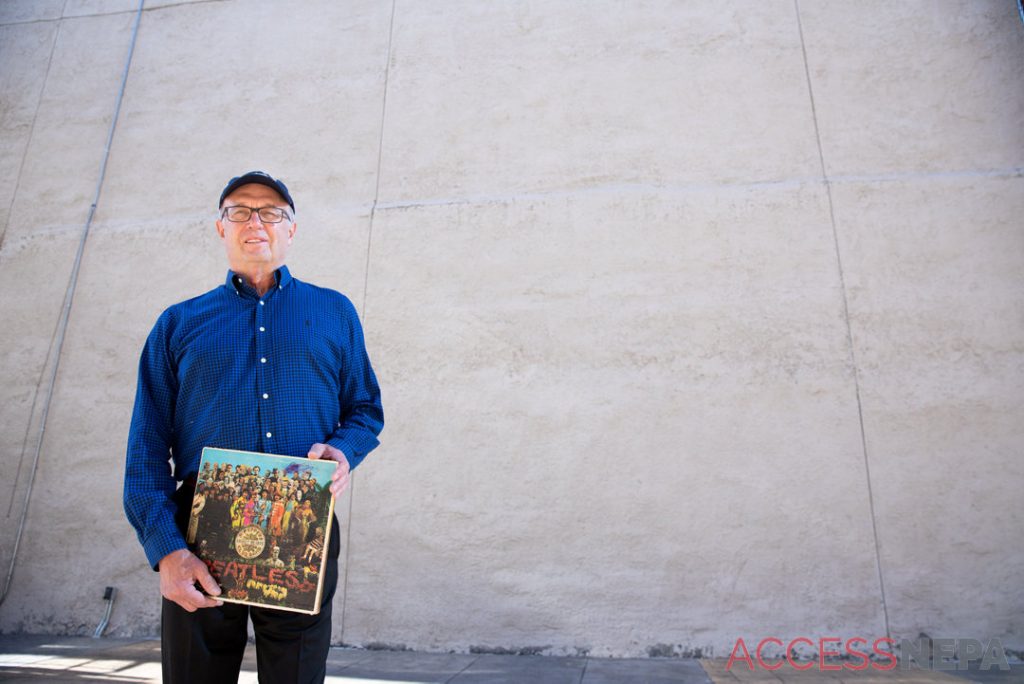 Frank Dubas did and will have one painted on a blank wall of a building he owns downtown at 518 Lackawanna Ave. The mural will commemorate the upcoming 40th anniversary of Lennon’s death on Dec. 8. 1980. A big Beatles fan since the 60s, Dubas, 67, a Jessup native now living in Connecticut, retired a few years ago after a career in accounting with the Deloitte firm and its predecessors.

In his retirement, Dubas reconnected with his Northeast Pennsylvania roots. He became a trustee at the University of Scranton and has invested in Scranton by purchasing several properties. They include two condos in the 500 block of Lackawanna Avenue, one his residence when he’s back in town; the other he rents out. He also bought three buildings — 514, 516 and 518 Lackawanna Ave. — to develop, but that plan remains undetermined.

With those three contiguous buildings vacant, Dubas decided to use the bare, beige stucco wall on the east-facing side of 518 Lackawanna Ave., overlooking the Renaissance Plaza, as the canvas for a mural to honor Lennon. A fan of all the Beatles — John, Paul, George and Ringo — Dubas said Lennon is his Fab Four fave.

“I think just his wit — that came out,” Dubas said. “Lennon always seemed to me to have songs that have a deeper meaning.”

Dubas also counts the Beatles’ groundbreaking 1967 “Sgt. Pepper’s Lonely Hearts Club Band” album as a game-changer for him when he was a Jessup teen. It came out when the Beatles and their music morphed from British Invasion moptops to psychedelic ’60s icons, with changes reflecting larger societal and cultural trends. “Sgt. Pepper” has long been considered one of the most influential albums in rock history.

“All of a sudden, ‘Sgt. Pepper’ came out. It was like, wow, transformative,” said Dubas, who still has his original album.

A graduate of Scranton Prep and the University of Scranton, Dubas remained a fan after the Beatles broke up and had solo careers.

News of Lennon being shot to death outside his Manhattan apartment building by a deranged fan shocked the world. “The man was only 40 years old; he could have done so much more, and now another 40 years has gone by so quickly,” Dubas said.

He contacted Marywood University about having students, faculty or staff submit designs for a Lennon mural.

Many students are familiar with Lennon, Brower said, though generally, he has found over the years only one student a class could name all four Beatles.

“It’s really interesting because the Beatles have continued culturally,” Brower said. “I quiz my students all the time on cultural figures, (and) the Beatles do continue. I believe they know who John Lennon is.”

Two $500 scholarships/grants will be awarded to the students, faculty or staff who provide the art chosen for the mural. Submissions are due by Friday, which is Lennon’s birthday, and the mural will be painted soon thereafter. 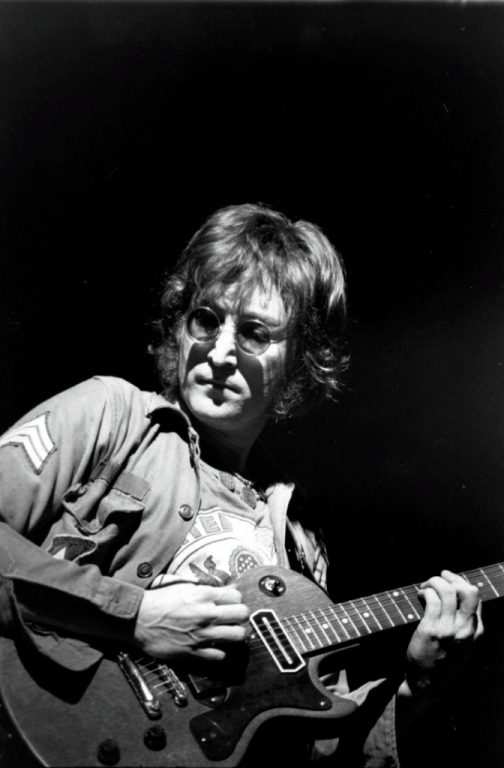 Designs will be submitted electronically to Dubas. The art he selects would get projected onto the wall for a muralist to paint on an 18-to-20-foot-square section.

The mural should be a good addition to the streetscape of Lackawanna Avenue, said Pete Ventura, owner of Coney Island Lunch, 515 Lackawanna Ave. “That would be pretty cool — John Lennon,” Ventura said. “That’s a good idea.”

The mural will be temporary. Soon after the 40th anniversary passes, Dubas will have the mural painted over. His plans for redeveloping the building may include cutting windows into the wall.

Dubas spent 42 years with Deloitte, retiring as a senior global partner with responsibility over 1,800 employees in 110 countries. Upon retiring, the University of Scranton asked him to become a trustee board member. “That sort of reacquainted me with Scranton and coming back,” Dubas said. “I looked around and said there’s a lot of opportunity here. There’s a huge amount of opportunity in this town.”