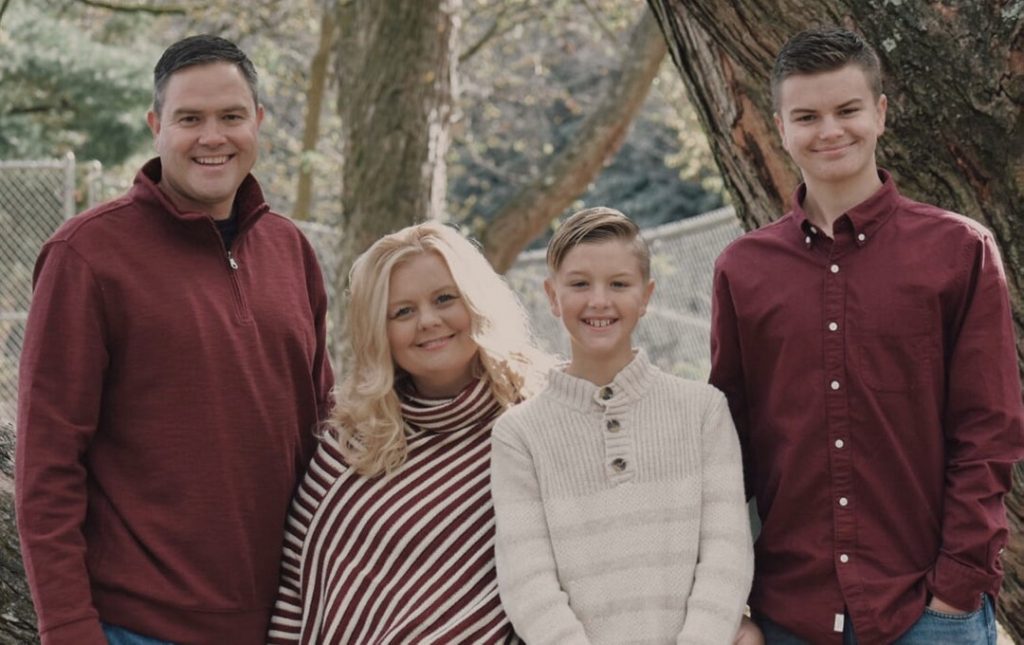 When Dana Fabri Moser went for blood work in the summer, she never expected to learn her kidneys were functioning at 5%.

Moser, 40, a lifelong resident of Jessup, needed lab work done for a routine procedure expected to take place in June. When the results were off, her doctor instructed her to be tested again.

The second round of lab work came back the same and Moser was encouraged to check herself into the hospital. It was there she learned she had end-stage renal failure with no symptoms.

“Looking back now, I was definitely very tired,” Moser said. “They didn’t know how I was walking around.”

A further biopsy revealed Moser has a life-threatening condition, IgA nephropathy, also known as Berger’s disease. She began dialysis in July, with the first round done at Geisinger Medical Center in Danville. After a port was placed in her lower stomach, Moser received acute peritoneal dialysis every day for two weeks at Danville.

Since then, Moser has been going through dialysis at home. The eight-hour procedure is completed overnight. Moser sets up the machine, which is monitored by her nurses in Danville.

Through her diagnosis, Moser wants to raise awareness about the need for organ donations and most of all, hopes to find a match.

“There are so many people being treated with me in Danville,” Moser said. “It’s insane to think that there are so many people walking around that are in need of transplants. But, it’s real, it’s there. I just want to raise awareness for anyone that’s willing to try and help anyone, including myself. You can change a life in a different way.”

There aren’t enough organs to go around, according to Michael Marvin, MD, FACS, professor of surgery at Geisinger Commonwealth School of Medicine and chair of transplant surgery at Geisinger. That’s why the hospital is focusing on its living donor kidney transplant exchange program. Through the program, potential donors who aren’t a match can donate to another patient in need on the waiting list. The program pairs a donor with a match and finds a new match for the intended recipient.

“Growing the living donor program and offering that is something beneficial we do and we’re working to do,” Marvin said. “It’s our major focus going forward.”

Since her diagnosis, multiple people have come forward to donate. Moser, who’s looking for a donor with O positive or negative blood type, had a match lined up until further testing revealed the woman could no longer donate. Moser is open to the hospital’s exchange program and hopes that potential donors may be, too. Donors need to be healthy with no underlying medical conditions.

“The community has been amazing,” Moser said. “People that came forward, I can’t thank them enough for doing what they did. Just going through the process to get tested to see if we’re a match is such a great feeling for me because they were at least willing to go to that length.”

A mother of two, Moser is married to her best friend, Mark.

“My family has been amazing, my husband, my two boys, my mother and father, my siblings, and my friends that are my family. Everyone has been so supportive,” she said. “Every single one of my friends went and found out their blood type when I was diagnosed, including all of my family that was eligible. I have nothing but support from all of them.”

A graduate from the University of Scranton, Moser works as one of two infant-toddler specialists in the state of Pennsylvania with the Pennsylvania Key, which aids families and early childhood professionals who support the development of young children. Working remotely, she’s thankful for the support of her employer.

Now, Moser’s kidneys are functioning at 4.1% and she’ll remain on dialysis until she can receive a kidney transplant. Throughout all of the ups and downs, Moser has remained nothing but positive.

“I want everyone to know no matter if you come forward or not, any little thing you thought about me … has helped keep me so positive about this,” said Moser. “I think there’s two ways you can be. You can be negative and depressed about what is going on in your life or you can look at it as ‘what can we do next?’ I think me being so positive has helped me get through this.”

While what Moser is really looking for is a kidney, her family has started a GoFundMe to raise $20,000 and spread the word about kidney donation. So far, the money raised has been set aside for her and her donor while they’re both recovering.

Until then, Moser is focusing on the now.

“I take it one day at a time, I feel good, and I just try to be as positive as I can,” Moser said.