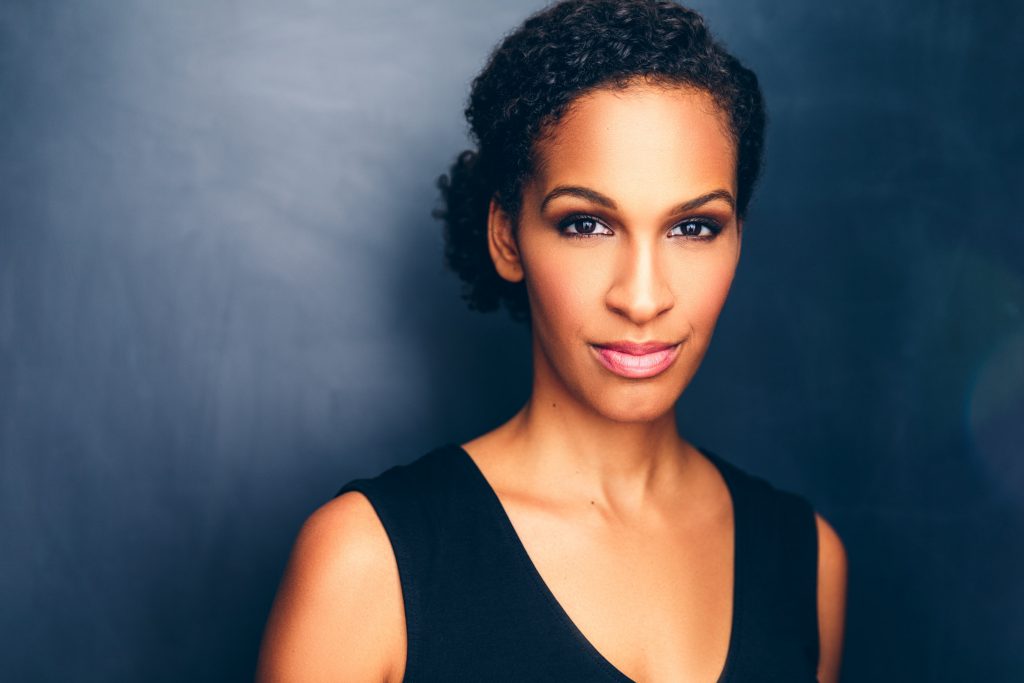 Jessie Hooker-Bailey has performed on stages all over, but there’s no place like home.

The Northeast Pennsylvania native and Broadway actress who’s appeared in shows such as “Beautiful: The Carole King Musical” and, most recently, “Waitress” on the Great White Way, will return to her home region this weekend to perform and share stories and advice she’s learned throughout her journey so far.

A graduate of Wyoming Seminary, Hooker-Bailey’s kept in touch with teacher and director of drama Jason Sherry and his wife, Ellen, who have remained supporters throughout Hooker-Bailey’s career. When she found herself with some time off after “Waitress” closed on Jan. 5, she and Sherry came up with the idea for an (intimate performance at her alma mater. The show is a mix of her performing songs from her past shows, telling stories, a question-and-answer session led by Sherry and some audience questions.

“I am just a girl from Wilkes-Barre who loved to sing,” she said.

Hooker-Bailey’s first foray into theater was a production of “Annie” at Music Box Playhouse in Swoyersville. As a teen, she asked her parents, Mary and Jessie Hooker, to transfer her from public school to Wyoming Seminary, where she could better hone her craft. Supportive of their daughter, Hooker-Bailey enrolled as a sophomore and then went on to Shenandoah University, where she earned a bachelor’s degree in musical theater. From there, she landed roles in the national tour of “Legally Blonde” (which happened to stop in Scranton) and regional theater productions around the country including “Ragtime,” “Freaky Friday” and “The Color Purple.”

Hooker-Bailey made her Broadway debut in 2017 in “Beautiful: The Carole King Musical” as a swing, where she covered four roles. After almost a year with “Beautiful,” Hooker-Bailey nabbed an ensemble role in “Waitress” and served as an understudy for the character Dawn. She hopes to share these stories with young actors.

“It’s just crazy, amazing, intense and like no other,” she said. “It connects, too, because that’s kind of how I felt when I was at Sem. I loved (performing), but it was still so challenging — challenging but rewarding — and I feel like that’s happened at so many parts of my life and career.”

Hooker-Bailey tries to make it back home to see her friends and family, which also includes her siblings, Mary Nathan, Tanya Santiago, Nicole Richard, Renee Hilliard, Peter Hooker, Antwon Hooker and Billy Zekus; and her nieces and nephews. Though her husband, Gilbert L. Bailey II, also is a performer — he is starring in “Beetlejuice” on Broadway — and it’s difficult for them to find time to get out of the city, he is a fan of her home region.

“He’s obsessed with ‘The Office,’” Hooker-Bailey said. “I’m pretty sure one of the reasons why he married me is because I’m from Northeastern Pennsylvania.”

Her show will serve as a nice homecoming for her, however, and a way to pass on the love of theater she developed in NEPA.

“Working on Broadway for two-and-a-half years, I achieved my dream, but there’s a sacrifice. You miss weddings and baby showers and holidays and parties. I don’t get the chance to come home and see family and friends,” she said. “It’s going to be so nice just to be back home with the people I love and getting to share my journey. I’m very excited for it.”

What: “From Wilkes-Barre to Broadway: An Evening with Jessie Hooker-Bailey”
When: Friday, Jan. 24, (7 p.m.
Where: Kirby Center for Creative Arts at Wyoming Seminary, 260 N. Sprague Ave., Kingston
Details: The event is free and open to the public. For more information, call 570-270-2192.