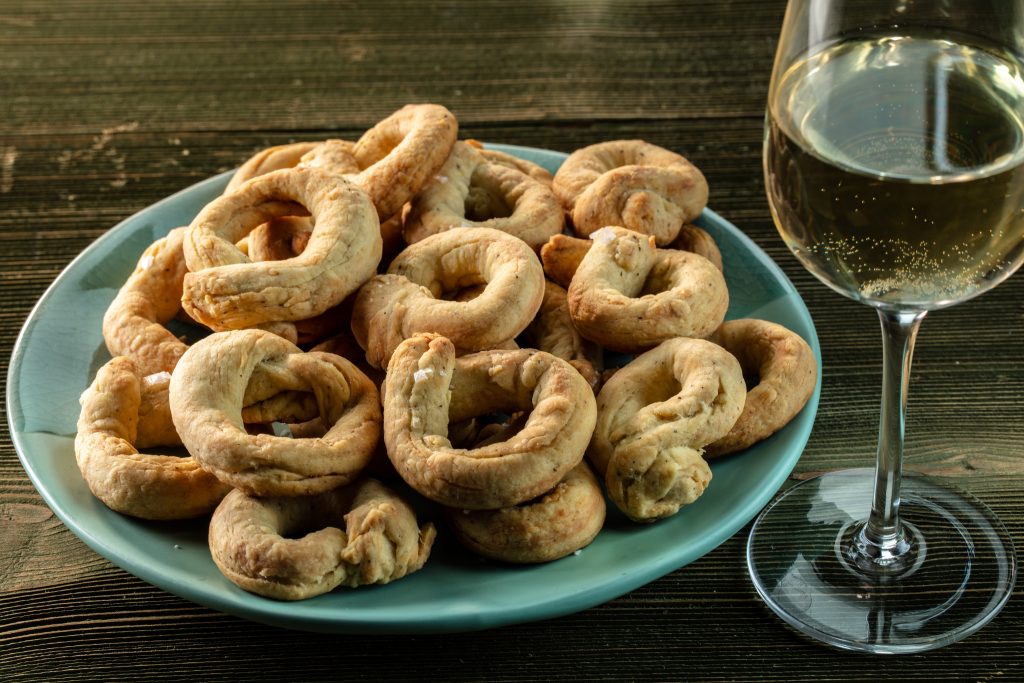 How to make taralli, the crispy Italian snack, that a nonna would love

Thousands and thousands (tens of thousands? millions?) of nonnas can’t be wrong.

They’re the ones rolling and shaping taralli, in their cute little kitchens in Puglia (or Sicily or Napoli or … ). With quick, deft movements they work, talking about how easy they are to make. How good they taste. How they’re the perfect bite with a cold glass of white wine. How they’re so traditional. How their grandmothers used to make them too. Just look for the nonnas on YouTube. You’ll see.

OK, so, not only nonnas make taralli. (That’s Italian grandmothers. And, yes, I know the proper plural would be nonne, but who says it that way over here?) Of course not. But they’re the ones, usually, who pass the traditions to the rest of us. And they’re right.

Taralli are a crispy ring-shaped Italian snack, made of flour, olive oil, salt, water and not much else. (But fennel or anise seed and black pepper are often used, to very good effect.) You’ve maybe seen them bundled up in cellophane bags and tucked in among other snacks at an Italian grocery. They’re akin to a crisp breadstick in texture, but not quite that. They’re hard to describe to the uninitiated. They’re not a cracker. Not a biscuit, using the British meaning, though they’re sometimes called that, because they’re usually twice cooked (the root meaning of that word).

I see them in non-Italian groceries more often these days, but not so much that people really know them. When you put them out at a party, they’ll exclaim with curiosity, then, after tasting them, with joy. Which is why you should make them, whether you have a nonna or not. The store-bought, usually imported, versions are quite good. But they’re so much better freshly made.

And, again, the nonna contingent is right. They are easy. About as hard as making cookies, once you get going. Yet I shrank from trying my mom’s recipe for years. I was afraid of it. Afraid they wouldn’t turn out. Afraid her cryptic recipe, very short on details, would hide its secrets. And she’s 10 years gone, so she couldn’t help. But after consulting with my sister, who had made them often, I made it a project.

And they turned out beautifully the first try. After tinkering with them and remaking them several times to get the instructions right, I have the recipe here. Bake up a batch yourself, for a snack with a glass of wine, perfect for holiday parties coming up.

Your nonna (or momma) would be proud. 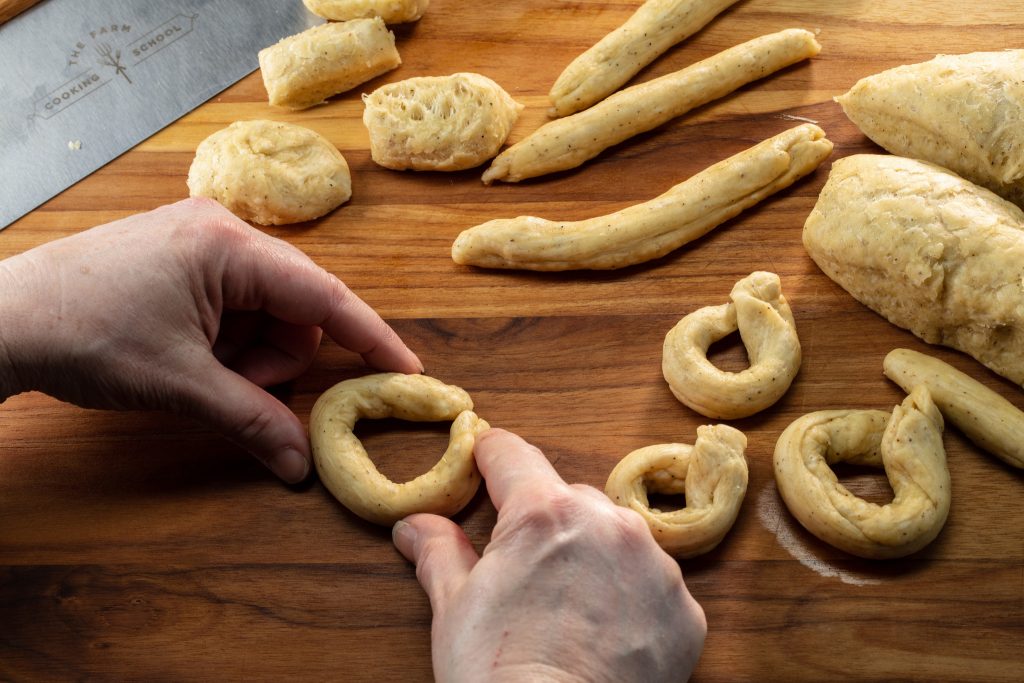 SUBMITTED PHOTO
Shape the ropes of dough into rings.

Though many recipes boil the taralli before baking them, my mom’s does not. (Her recipe comes from her aunt; they were all from Campania, in southern Italy.) And it uses yeast. The dough is pretty oily, which makes for crisp taralli. It also means you won’t need to flour the board for rolling the taralli. The taralli take on other flavors with aplomb. Mix in a tablespoon or two of anise or fennel seed, if you like.