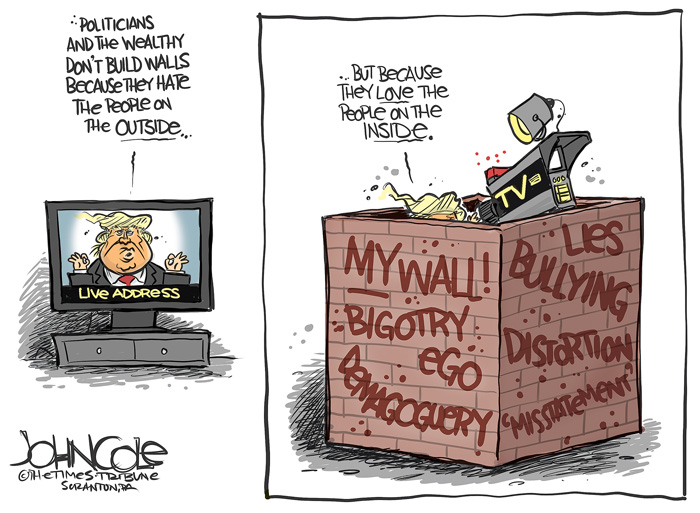 Trump’s televised Oval Office address Tuesday night amounted to little more than a recitation of now-familiar stump-speech half-truths and misstatements. It marked the first time that a president had used the occasion solely to push a political pet project rather than an actual national emergency (and, no, the situation at the Mexican border does not constitute such, despite the administration’s xenophobic fear-mongering).

Overall, Trump’s performance was notably low-energy. Maybe he just can’t muster the bluster without an auditorium filled with his chanting supporters. The address itself was filled with graphic descriptions of gruesome crimes committed by illegal immigrants, and with odd rhetorical twists. To my ear, the weirdest was the Orwellian bit equating wall-building to an act of love. It’s fairly clear at this point that Trump knows no love greater than that for himself.

In the ring
Presidential playtime
Signs of affection
Anti-vaxxer Valentine