Instead of moving into a freshman dorm after graduating from Honesdale High School last year, the borough resident boarded a plane bound for Asia as the first part of a gap year adventure in which she helped children in need.

While taking a gap year — a year off between high school and college in which many teens volunteer around the world — is a popular choice for graduating high-schoolers overseas, and in particular in the United Kingdom, it remains less popular in America. For the now 18-year-old, though, a gap year was the perfect way to fulfill her longtime desire to volunteer overseas.

“(International volunteering) was just something that really interests me, and I was passionate about helping kids from tough living situations,” Heffron said.

Heffron ended up setting up two trips through the U.K.-based organization Plan My Gap Year. In September, she spent 3.5 weeks in Vietnam followed by 3.5 weeks in Bali, Indonesia. After coming home for the holidays, she left for Tanzania in February and finished half of a planned 10-week stay before having to return to Honesdale because of the coronavirus pandemic. 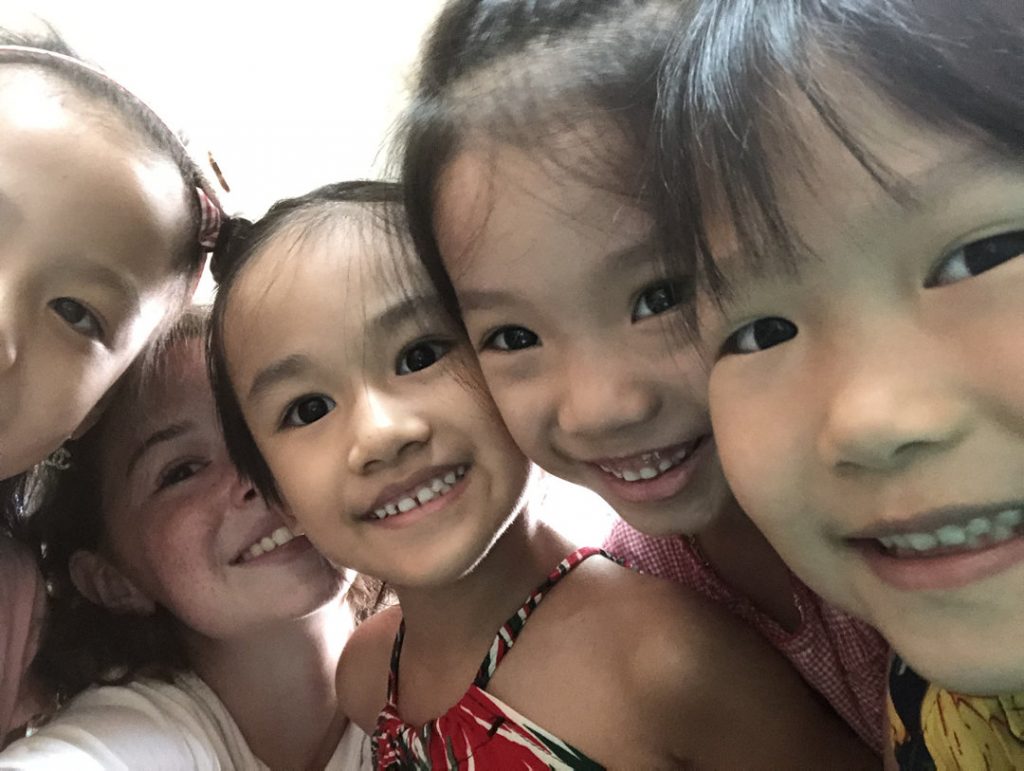 Heffron believes she was the only one from her school to take a gap year, and she credits her parents for being “completely on board and supportive of me.”

“(That) was amazing because not every parent is going to be OK with a kid who says, ‘You know, instead of college, I want to go volunteer around the world,’ ” Heffron said.

Heffron had volunteered around the area while in school, helping at food banks and in Honesdale High’s Buddy Program, a Big Brothers Big Sisters-style initiative, but this marked her first international aid trip. Her mom, Kelly Heffron, said she and her husband were confident their daughter would fulfill her goal of volunteering and not regret it.

“She’s always been extra charitable and compassionate,” Kelly Heffron said. “And it really started in fifth or sixth grade (when) she started sponsoring an orphan in China at Christmastime. So it just seemed very her, and of course you have your worries, but the program was incredible, and the community was wonderful.”

The teen did extensive research before settling on the Plan My Gap Year program, as she needed to find one that worked for her but also was affordable. She had to pay for her accommodation, in-country transportation and meals, plus visa fees, but she fundraised and also used money she received from graduation to cover the expenses.

Kelly Heffron said she “really was thrilled” for her daughter.

“I was impressed by her bravery because I certainly didn’t have that at 18,” she said, noting how Lily had to fly into China alone and then change planes to get to her residence in Vietnam. “That certainly was a little nerve-wracking. I admire her sense of adventure and her bravery.” 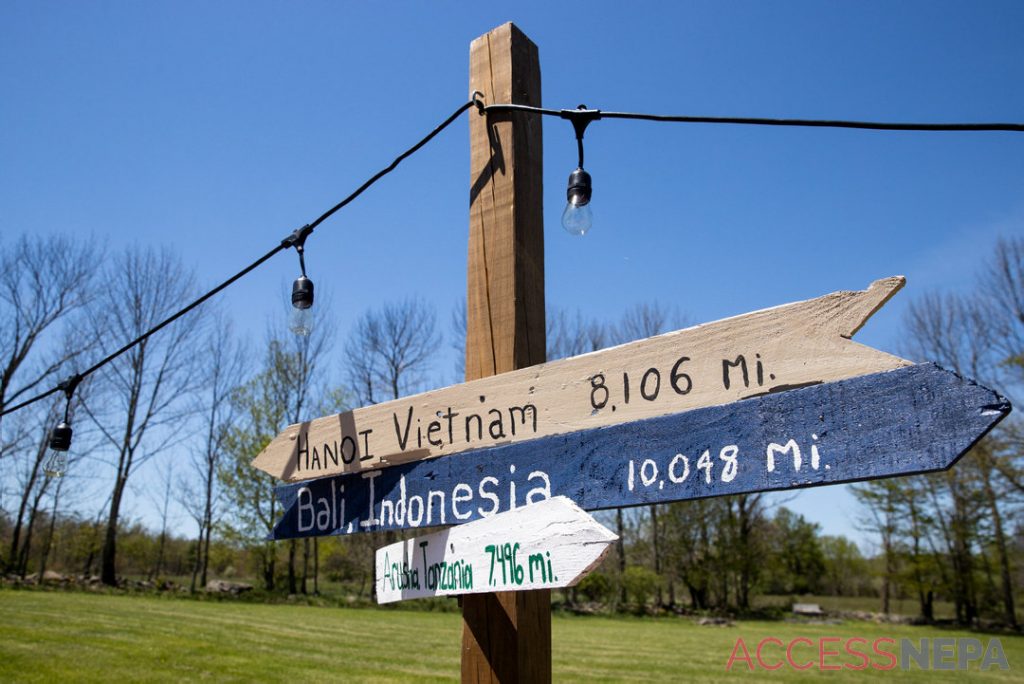 CHRISTOPHER DOLAN / STAFF PHOTOGRAPHER
A sign in the backyard of international volunteer Lily Heffron’s Honesdale home points to a few different locations she has worked in.

Plan My Gap Year offered a variety of programs, from teaching to wildlife work, and Heffron’s love of working with kids drew her to child care. She volunteered in care centers and schools, where most of the children came from underprivileged families. Heffron taught kids basic English and songs, which she said they loved, but also gave bottles to babies and put them down for naps.

Heffron wanted to go to Asia because of its rich culture and beautiful areas — “Vietnam is so underrated,” she said. “They have so (much) gorgeous scenery.” — but also wanted to spend time in Tanzania so she could go on safari. She spent four days in a national park exploring the Serengeti, which brought her up close to her favorite animal, elephants, and other species.

“When I saw them where they’re meant to be, I actually got emotional because they are actually like how they’re supposed to be living. … We actually heard a lion one night, and we actually saw two baby cubs, which was really rare,” Heffron said. “And we saw them with their mothers. We got to see them feeding up close.”

Although the arrival of COVID-19 in Tanzania cut her trip short, Heffron still fulfilled part of her mission — raising money for school supplies for children at an orphanage school there. She set up a modest fundraising goal on GoFundMe — $250 — but the positive response led her to double the target amount. In the end, she collected enough to not only buy basics like erasers and pencils but also books in English and Swahili, indoor toys to use on rainy days and building blocks. The students loved everything, said Heffron, who got to play with the kids and their new items before she left.

“It was so rewarding and just really touching to see how people here in PA and actually around the world — we had people donating from Britain and Italy and stuff like that — came together for this tiny little school in Tanzania and provided them with things that they needed and wanted,” she said. “It was really touching to see and left an impact on my heart.”

Heffron recommends that other teens consider a gap year as a post-high school option. Her own experience showed her how good she has it in life.

“You realize how big the world is outside of your own little one,” she said. “And you just get a deeper understanding that not everyone is as fortunate as you, and you get to see firsthand the situations that some people have to live in.” 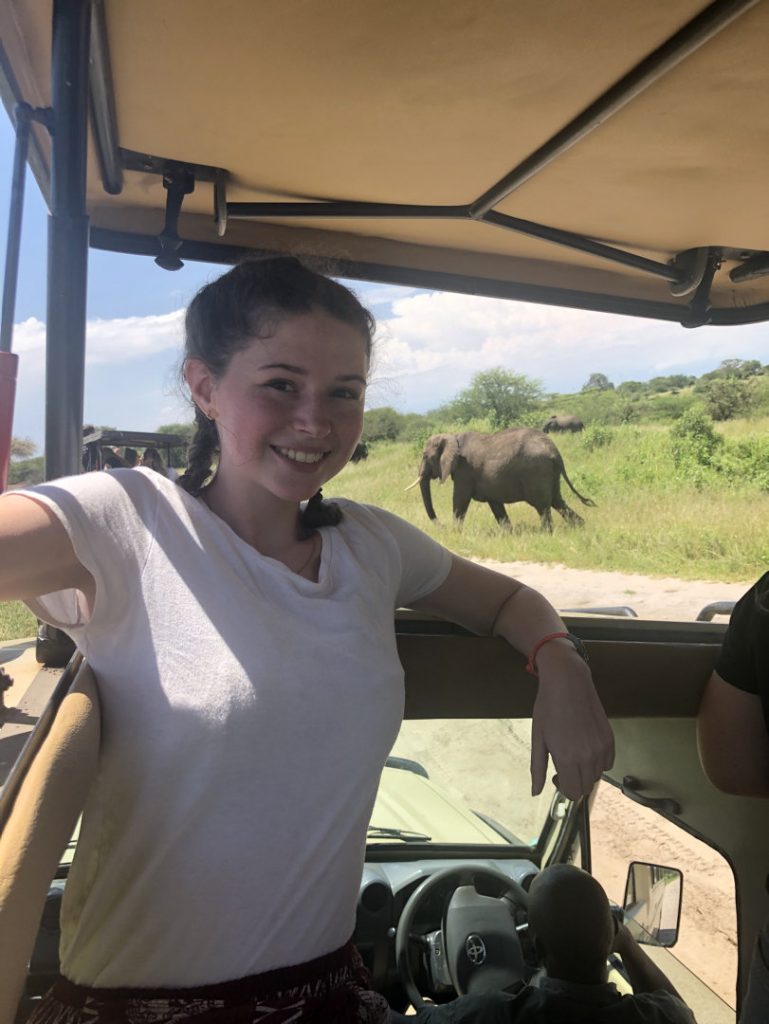 SUBMITTED PHOTO
Lily Heffron gets an up-close look at her favorite animal, the elephant, while on safari in Africa earlier this year.

Plus, Heffron lived and worked with other like-minded volunteers from around the world who have become friends for life.

“There was a lot of people from Britain since it’s a U.K. organization, but I also met some other 18-year-olds from the U.S. and some from Italy and New Zealand,” she said. “So people come from everywhere. … Everyone is in the same boat, and everyone has the same passion, so we could all relate to each other and do this together. And it felt like we had our little families there.”

Kelly Heffron believes taking a gap year was the best decision for her daughter by far. Her daughter left a teen and came back a woman with more self-confidence and a bigger sense of adventure, she said. And if any parent has a child showing an interest in doing the same, Kelly Heffron said, “I wholeheartedly say let them do it.”

“We have three daughters, and I’ve always said to them, ‘You’re all on individual paths, and it’s not a race.’ … Just follow your heart, and if your child is saying they’re not ready for college, I certainly wouldn’t push it, because I think that could backfire,” she said, adding, “If your child is showing an interest in taking a year and finding them themselves a little bit and doing a little good, why wouldn’t you let them?”

Lily Heffron’s overseas adventures won’t stop with her gap year. To make up for having to leave Tanzania early, the program will let her return there to finish her work.

“I cried about (leaving), because I expected to have 10 weeks with these kids and with these people, and I had to come home over a month early,” she recalled. “But the organization said I can come back at any time for no extra charge, so I plan on doing that hopefully next summer.”

And if all goes as planned, this September she will start college at the University of Chester in England, where she plans to study international development and relations.

“Through my volunteering, I had met somebody who’s one of my best friends now who got accepted to that school, and she was really like hamming it up, so as a joke we were like, ‘What if we were roommates there, too?’ because we were roommates in Indonesia,” Heffron said. “My mom was like, ‘Well, why don’t you look into it?’” 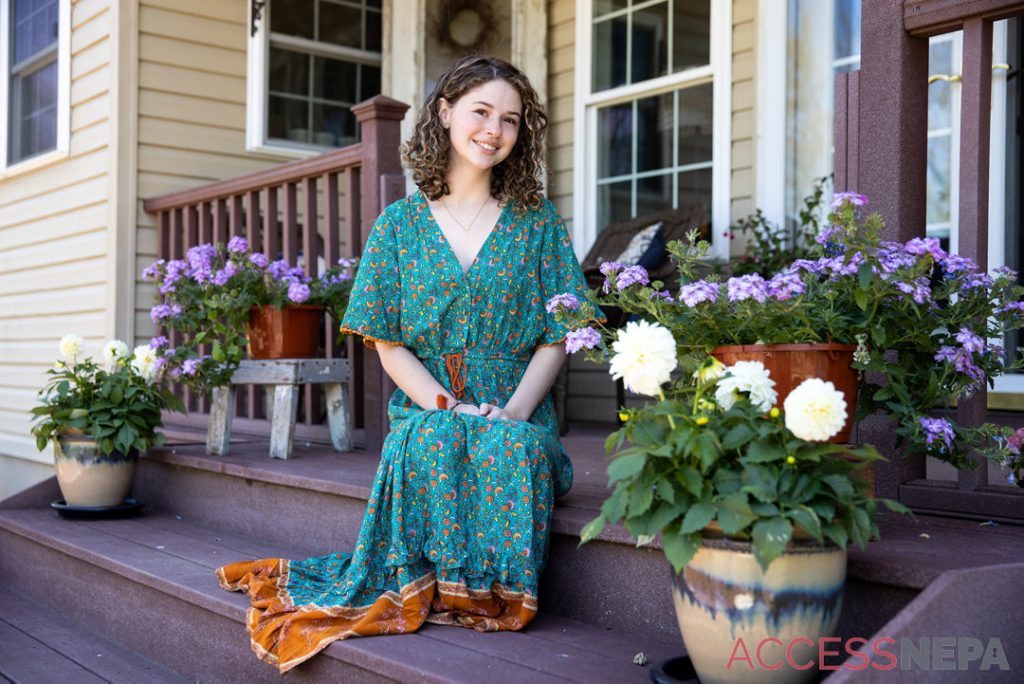 More research, a Powerpoint presentation for her parents and some hope later, and Heffron found out she had earned a place at the university.

With her degree, Heffron could work for a humanitarian organization such as UNICEF, the Red Cross, or Save the Children, which would let her continue to pursue her passion helping others in underdeveloped countries.

“It would be really great to work for Save the Children since working with children has been my passion through this all, but I’m still open to whatever life brings me because I’ve learned through this year that sometimes the universe has bigger plans than you expect,” she said.

“I want people to know that I don’t think of myself as high and mighty for what I’ve done. … I’m not Mother Teresa,” Heffron added. “I just did something that I was passionate about, and I chased after a dream, and … anyone can do it.”